Oil Swings After Major Index Bails Out of June Contract 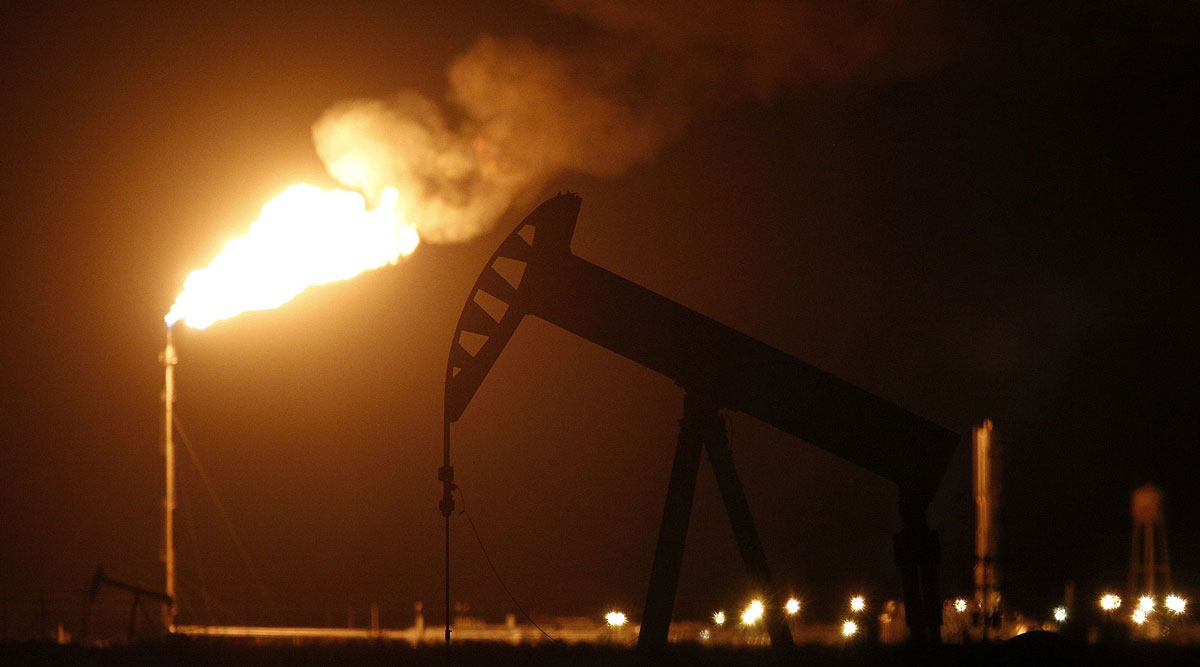 The silhouette of an electric oil pump jack is seen near a flare in the oil fields surrounding Midland, Texas. (Luke Sharrett/Bloomberg News)

Oil resumed losses after a brief bounce higher amid the aftershocks of a major index tracked by billions of dollars in funds exiting near-term contracts for fear prices may turn negative again.

June WTI fell about 6% after climbing as high as $13.69 in trading the morning of April 28 after an abrupt decision by S&P Global Inc. to tell clients to sell their June West Texas Intermediate holdings. Physical inventory levels of crude are filling quickly, forcing investors to reconsider holdings in the near-term contract.

Oil’s 80% plunge since the start of the year has come as the coronavirus outbreak destroys demand for fuels globally. In response, the world’s biggest producers have pledged to slash daily output starting next month to balance the market, but the collapse in consumption has led to a swelling glut that’s testing storage limits worldwide.

S&P is behind the GSCI commodity index, a popular investment product tracked by pension funds and other global investors. When S&P changes the investment policy, the banks who sell the product in turn move their holdings, triggering volatile energy markets.

“This unscheduled roll is being implemented based on the potential for the June 2020 WTI Crude Oil contract to price at or below zero,” S&P said in a notice seen by Bloomberg News. A spokesperson confirmed the notice.

Exchanged traded products — most notably the United States Oil Fund LP — have also rolled positions from June futures into later contracts, while the Bloomberg Commodity Index said it will roll from July into September.

Since WTI traded negative last week, more than 40% of the June contract has been liquidated. Holdings of the July contract have been stable, while those on September futures have jumped by almost 20%.

While the market is being hit by financial flows, Russia warned that there will be no quick fix to low prices. The nation’s energy minister, Alexander Novak said April 28 that the oil market may only start to rebalance in the second half. Prior to the output cuts, which begin on May 1, supply from the Organization of Petroleum Exporting Countries climbed to over 31 million barrels a day, according to Geneva-based tanker tacker Petro-Logistics.