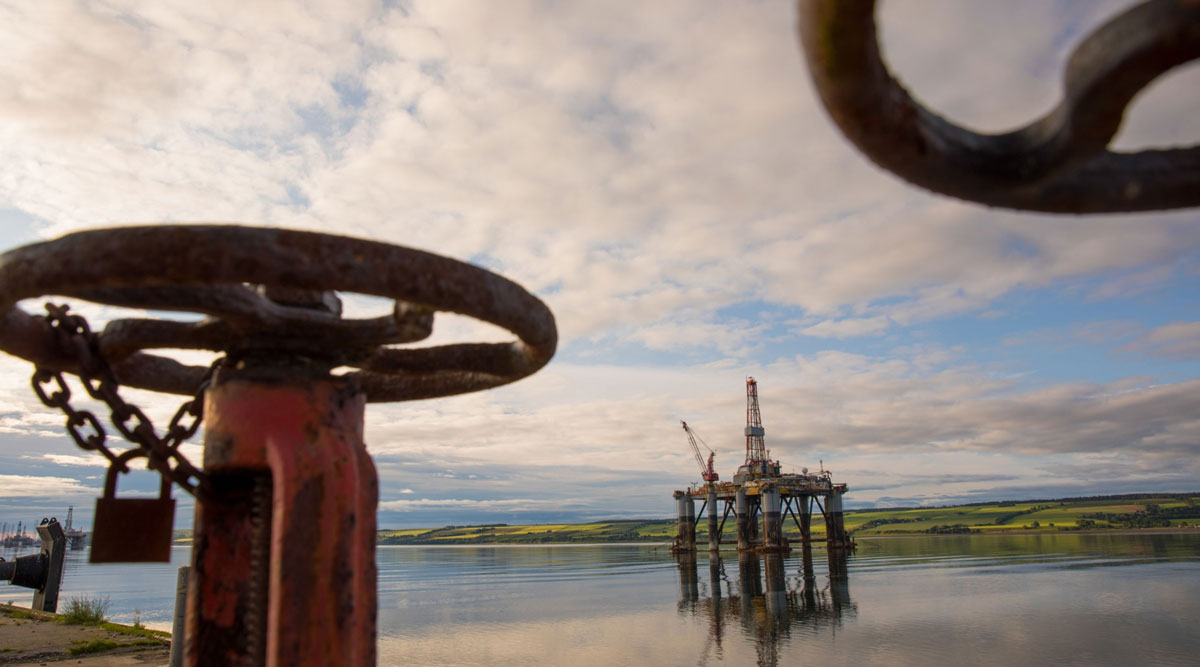 Oil snapped its two-day rally amid a weaker demand outlook underscored by the OPEC+ alliance’s decision to taper production cuts and U.S. economic data signaling a slowing recovery in the labor market.

After hitting a four-month high in the prior session, U.S. crude futures fell 1.1% on July 16. OPEC+ plans to add at least 1 million barrels a day of output to the market in August after almost three months of historic curbs to ease the impact of the coronavirus pandemic.

Adding to supply concerns, traders are weighing the potential for tension between the world’s top oil producers. Saudi Arabia’s energy minister Abdulaziz bin Salman Al Saud said the alliance’s March deal was reached as the kingdom was fed up of volunteering and taking on others’ burdens. 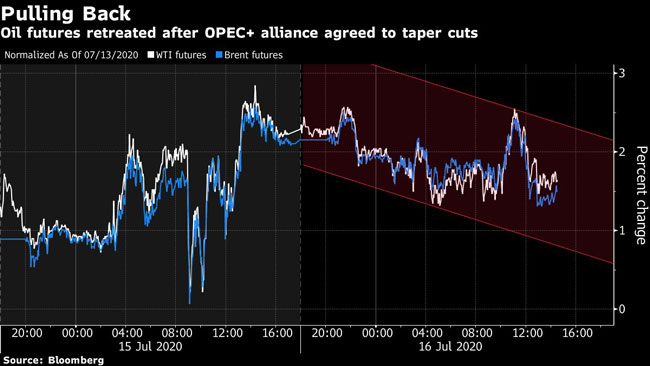 The comments imbued a “little bit of nervousness” into the market as investors look to “get a full picture of the relationship between Russia and Saudi Arabia,” said Phil Flynn, senior market analyst at Price Futures Group Inc. “We know that the last disagreement between Russia and Saudi Arabia created a production war the world will never forget.”

Oil also came under pressure as equities weakened in the U.S. Labor Department figures that showed the number of Americans filing for unemployment barely dropped last week, signaling the labor-market recovery is stalling as virus cases surge around the country.

In addition to supply worries, a lackluster demand picture is also spooking investors. The pace of oil-demand improvements is starting to slow, driven by a sharp pullback in the U.S., according to Goldman Sachs Group Inc.

Signs of a slowing recovery in the U.S. “does not bode well for gasoline demand,” said John Kilduff, partner at Again Capital LLC. “With the increased measures in various states due to the renewed COVID outbreak, it’s another negative for the gasoline demand outlook.”

The OPEC+ oil production cuts deal will continue until April 2022 and may extend beyond two years if warranted. The producer group will take more measures if needed to deal with the impact from the virus on oil markets.

Still, there are pockets of strength in parts of the physical market. North Sea contracts are trading in their tightest structure in five months, highly sulfurous crudes are firmer and the futures curve has rallied.

Citigroup raised its third-quarter forecast for Brent futures by $4 to $43 a barrel and also boosted its WTI crude price outlook. The bank said that it sees a “move to deep backwardation” in both Brent and WTI and is constructive on oil prices for the second half of the year.