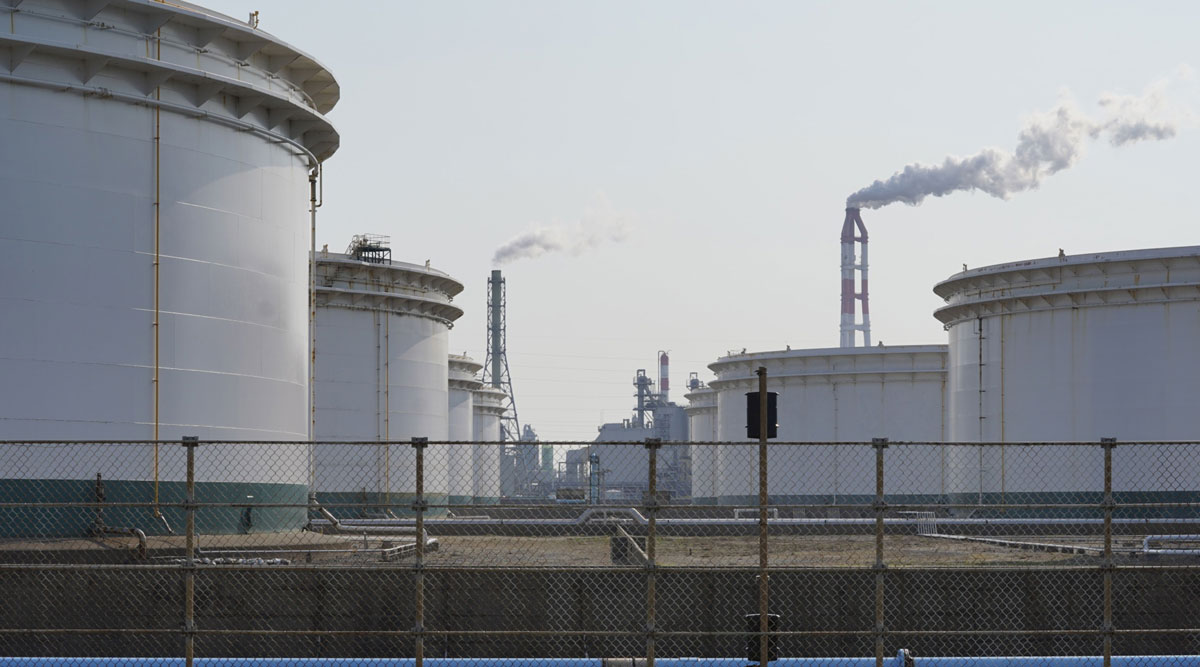 Oil is heading for its first weekly loss since April, when prices collapsed below zero.

While crude has recovered swiftly from that historic crash — buoyed by OPEC+ production curbs that began in May — the market largely shrugged off the alliance’s recent move to extend those cuts. Broader market sentiment soured this week after the Federal Reserve warned of the pandemic’s prolonged damage to the economy. And fears over a second wave of coronavirus infections loom large, with more than 2 million Americans infected.

“The past 24 hours have highlighted the perils of underestimating the economic fallout of the COVID-19 pandemic and the threat of fresh lockdowns,” said PVM Oil Associates analyst Stephen Brennock. “This isn’t the first and won’t be the last time that markets are guilty of complacency.”

Any recovery in crude is expected to be uneven. Goldman Sachs Group Inc. is bearish due to poor returns from refining, and Barclays Plc predicts the market has already seen the fastest improvement in demand and steepest drop in supply. U.S. crude inventories reached record highs last week, according to Energy Information Administration data.

One of the largest exchange-traded funds in the oil market also saw a record outflow June 11, likely adding to the pressure on crude. WisdomTree’s WTI Crude Oil ETF had a little over $128 million worth of outflows, according to filings.

“We’re going to be stuck in this range between $35 and $40 a barrel,” said Andy Lipow, president of Lipow Oil Associates LLC in Houston. Breaking out is a matter of “how many additional virus cases prevent us from increasing demand.” 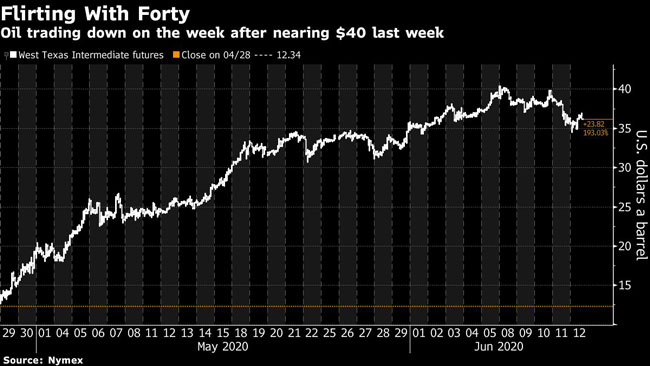 Optimism at the start of the week over the agreement by the Organization of Petroleum Exporting Countries and its allies to extend curbs by a month quickly diminished after Saudi Arabia said it would cease extra voluntary cuts at the end of June. The deal even secured commitments from laggards such as Iraq and Nigeria after they were called out for their non-compliance.

The market must now look to gasoline to drive the recovery in demand, according to Mercuria Energy Group Ltd. Global crude consumption will return to about 95 million barrels a day by December, the trading house’s Chief Executive Officer Marco Dunand said in an interview June 11.