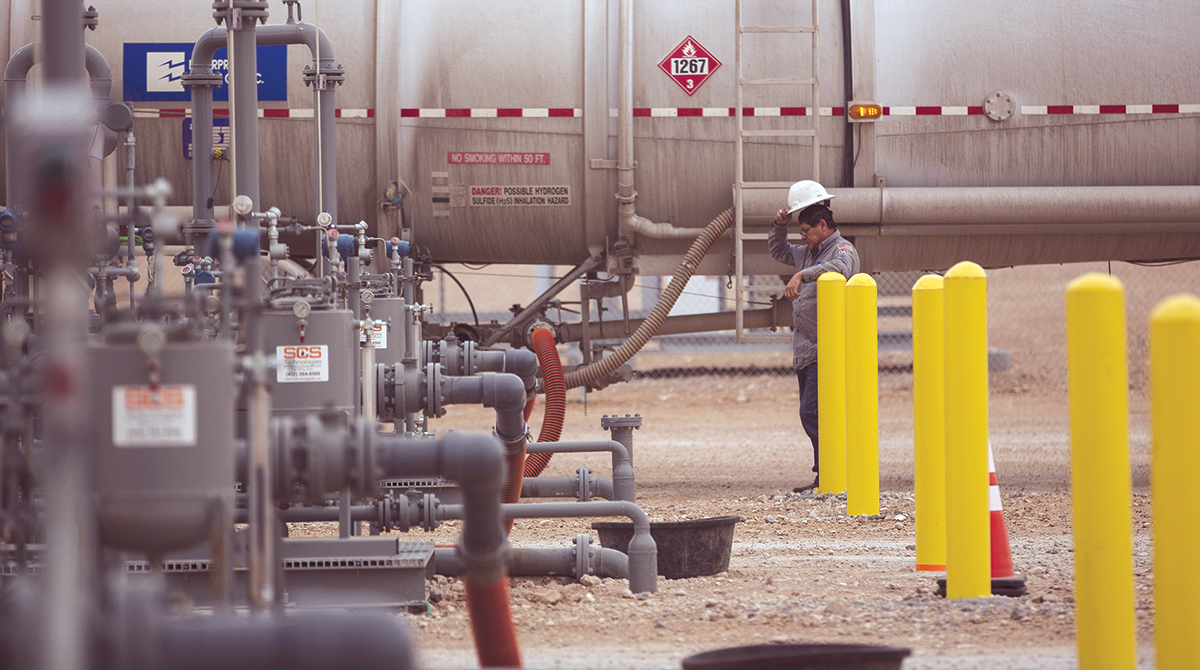 Oil held its biggest gain in almost seven weeks after improved U.S. and Chinese economic data aided the demand outlook, while optimism increased that the U.S. and China will resolve their trade dispute.

Futures rose as much as 1.5% in New York. U.S. Commerce Secretary Wilbur Ross met with Chinese Premier Li Keqiang on Nov. 4 at a regional summit in Bangkok, a person familiar with the discussion said. That comes as hopes grow that a trade deal will be reached after bullish data from both China and the U.S. on Nov. 1. Separately, Saudi Aramco, the world’s biggest oil company, announced its intention to list on Nov. 3, more than three years after Crown Prince Mohammed bin Salman first raised the idea.

The oil market is taking heart from the signs of strength in the world’s two biggest economies as the nations move closer to a partial trade deal, despite skepticism over whether a more comprehensive agreement can be reached. Hedge funds unwound bets against American crude for the first time in six weeks, but short wagers remain almost triple what they were in mid-September, according to data released Nov. 1.

“Oil prices are dancing to the upbeat US-China trade tune,” PVM Oil Associates analysts Tamas Varga and Stephen Brennock wrote in a report. “A rally across global stock markets is acting as a boon for the energy complex.”

West Texas Intermediate for December delivery rose 57 cents to $56.77 a barrel on the New York Mercantile Exchange as of 8:59 a.m. Nov. 4 in New York. Brent for January settlement added 66 cents to $62.35 a barrel on the London-based ICE Futures Europe Exchange. The global benchmark crude traded at a $5.48 premium to WTI for the same month.

Ross said Nov. 3 in Bangkok that the U.S. and China would likely reach a “phase one” trade agreement this month. Further stages of the deal would depend on things involving legislation on the part of China and an enforcement mechanism, he said.

Saudi Arabia is pulling out all the stops to ensure the success of Aramco’s IPO. The kingdom cut taxes on the company for a third time, revealed incentives for investors not to sell and may boost dividends further. Yet the Saudi government has already conceded the company probably isn’t worth the $2 trillion valuation Prince Mohammed has long advocated.

US Projects Modest Oil Output Increase in 2021 Despite High Prices