Oil Hovers Near $40 With Investors Weighing Virus Against Demand 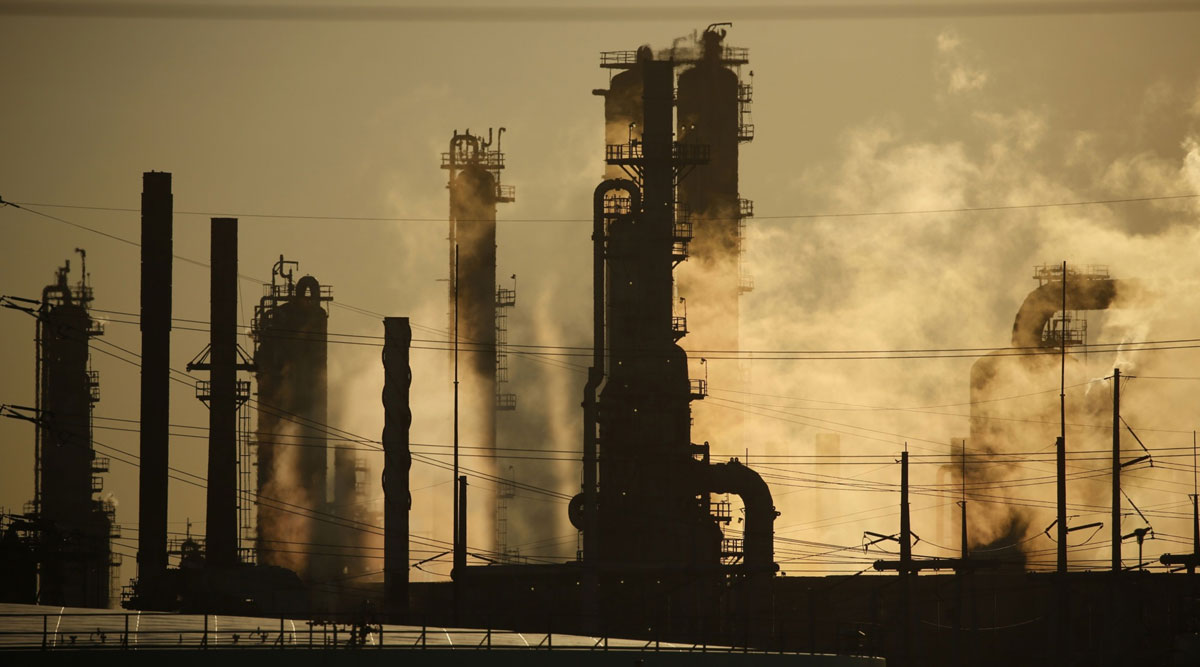 Emissions rise from an oil refinery in Louisiana on June 12. (Luke Sharrett/Bloomberg News)

Oil hovered near $40 a barrel in New York as investors weighed a resurgence in the coronavirus against signs of rebounding demand.

The easing of lockdowns across the world and OPEC+ buckling down with its output cuts have boosted prices in recent days. Demand is improving in countries including Spain and India. Still, with virus cases rising again in Germany and some U.S. states, as well as Beijing last week, there are doubts about the strength of the rebound in energy use.

“It’s a bungee cord market where the price gets slammed back and forth with each piece of news,” said Michael Lynch, president of Strategic Energy & Economic Research Inc. 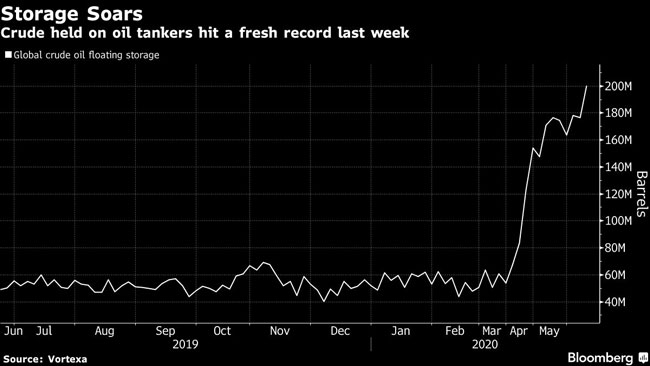 The market is in much better shape than in April and May. Some of the world’s largest traders are seeing a rapid recovery in demand, and Saudi Arabian Energy Minister Prince Abdulaziz bin Salman said last week that the OPEC+ alliance is on track to rebalance the market. Still, in a reminder of the glut that needs to be cleared, the amount of crude stored at sea jumped last week, according to Vortexa. American stockpiles have also been rising.

“We expect inventories to come down sharply over the next few months,” Bank of America Corp. analysts including Francisco Blanch wrote in a report. OPEC+ cuts and recovering consumption “will likely push the market into a growing deficit,” they said.

The virus, though, continues to haunt the oil market. The Americas accounted for almost two-thirds of new virus cases reported by the World Health Organization on June 21. China suspended poultry imports from a Tyson Foods Inc. plant in the U.S. after hundreds of employees tested positive for COVID-19.

Meanwhile, speculators are starting to put money back into products they had shunned during the rout. Money mangers last week had their biggest net-long position in Europe’s diesel benchmark since January, according to ICE Futures Europe data. In contrast, bullish bets declined for WTI and were steady for Brent.

“Oil prices have already reached an interim stage of recovery,” said Bjornar Tonhaugen, head of oil markets at Rystad Energy AS. Crude reaching $45 to $50 a barrel “would not be justified at this stage despite the supply curtailments as there are still valid concerns on the demand side.”