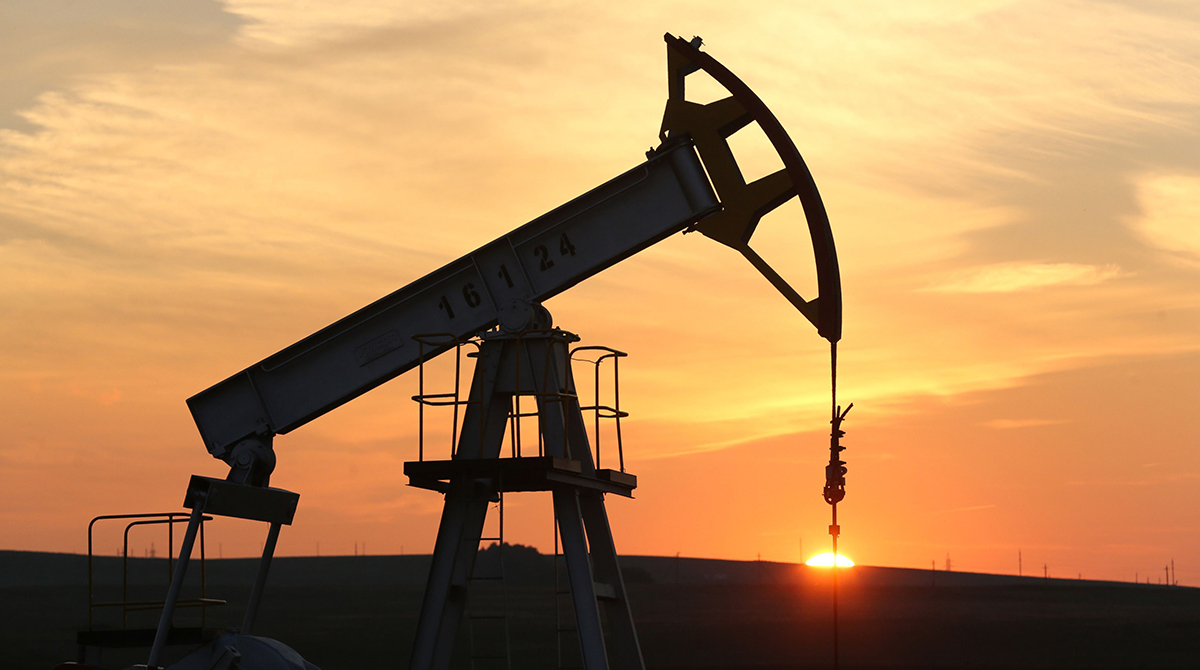 The sun sets beyond an oil pumping unit at a drilling site operated by Tatneft OAO near Almetyevsk, Russia. (Andrey Rudakov/Bloomberg News)

Oil was steady after the biggest weekly drop since July as an easing of geopolitical tension in the Middle East turned attention back to a flood of new supply set to hit the market this year.

The threat of an outright war has receded since Tehran fired missiles at U.S.-Iraqi bases last week in retaliation for Washington’s assassination of its top general. The situation in Iran remains volatile, however, amid protests against the government’s accidental downing of a commercial airliner. In Libya, warring factions have called a cease-fire in their nine-month conflict.

West Texas Intermediate crude for February delivery added 6 cents to $59.10 a barrel on the New York Mercantile Exchange as of 8:45 a.m. local time, approaching its 50-day moving average. The contract fell 6.4% last week, the most since mid-July.

Oil prices are now back where they were in mid-December, with the market seemingly shrugging off the chance of more disruptions in the Persian Gulf. The lack of a geopolitical risk premium is partly due to plentiful supplies of U.S. shale and a torrent of new crude from non-OPEC countries including Brazil, Guyana and Norway. On the demand side, the U.S. and China are set to sign their limited trade deal this week, which may improve sentiment.

“We are now rolling into a period with a softer fundamental oil-market balance,” said Helge Andre Martinsen, senior oil market analyst at DNB Bank ASA. “We need actual supply disruptions to push prices close to $70. But watch out for increasing Iranian proxy activity and an acceleration of Iran’s nuclear program in the months ahead.”

Brent futures for March settlement was 13 cents higher at $65.11 a barrel on the ICE Futures Europe Exchange after losing 5.3% last week. The global crude benchmark traded at a $5.99 premium to WTI for the same month.

While the chances of imminent war have lessened, relations between the U.S. and Iran remain combustible. Tehran has said it will stop abiding by limits on uranium enrichment, while the U.S. imposed new sanctions on the Islamic Republic. Oil markets are underestimating the risks in the Middle East and may be wrong in assuming Iran’s retaliation is over, said Jason Bordoff, head of the Center on Global Energy Policy at Columbia University in New York.

The U.S. reported record weekly net oil exports earlier this month. Meanwhile, Brazil and Guyana are set to add more than 400,000 barrels of combined daily supplies to the market this year, a volume that would offset most of the auxiliary cuts agreed to by OPEC and its allies in late 2019, according to Stratas Advisors.

Oil Jumps to Highest Mark Since February Amid Stimulus Optimism