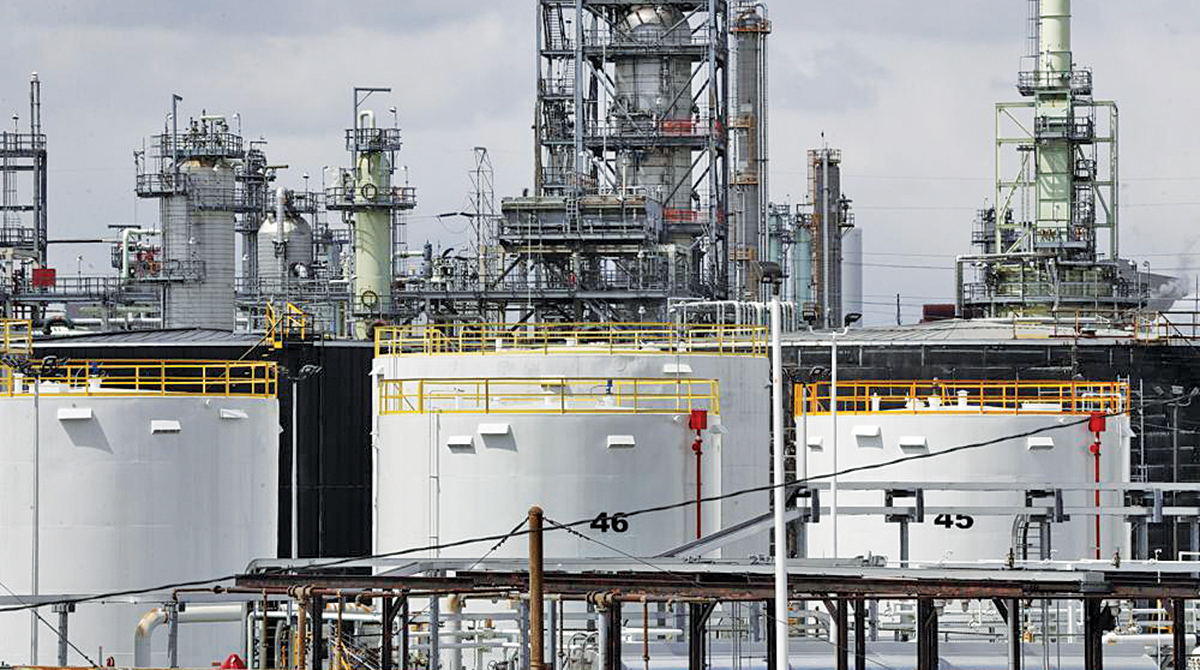 Storage tanks at a refinery in Detroit. (Paul Sancya/Associated Press)

Oil climbed to the highest mark since October 2014 as the International Energy Agency said the market looked tighter than previously thought, with demand proving resilient to omicron.

The global supply surplus is shrinking and oil demand is on track to hit pre-pandemic levels, according to a report from the IEA. The agency also said there’s a growing gap between changes in global stockpiles and supply-demand balances. That’s a further indication that production could be lower, or consumption could be higher, than the market estimates, it said.

Futures in New York surpassed $87 a barrel earlier in the session after an explosion on Jan. 18 knocked out a key crude pipeline running from Iraq to Turkey. The disruption was short-lived, however, with prices trading about 50 cents below their session high by midmorning London time.

Oil markets have tightened in recent weeks due to stronger-than-expected demand and outages in OPEC+ producers including Libya, with buyers in Asia paying sharply higher premiums for spot cargoes. The sizzling start to the year has prompted Goldman Sachs Group Inc. to boost its forecasts for global benchmark Brent, predicting $100 oil in the third quarter. Concerns about the impact of the omicron variant of the virus have eased, global stockpiles are shrinking and unrest in the Middle East is back on the radar after a drone attack on oil facilities in the United Arab Emirates.

“Commercial oil inventories are low, oil demand could potentially rise to record levels this year, and spare production capacity is expected to fall to multiyear lows,” said Giovanni Staunovo, commodity analyst at UBS Group AG. “The market will be sensitive to any news of potential supply disruptions.”

The spread between the nearest two December contracts was in backwardation of more than $6 a barrel — a bullish structure indicating tight supplies — after closing at its strongest since October on Jan. 18.

Oil’s rally, however, poses a challenge for consuming nations and central banks as they try to stave off inflation while supporting global growth. The White House plans to continue to monitor prices and hold discussions with the Organization of Petroleum Exporting Countries and its allies as needed, a National Security Council spokeswoman said Jan. 18.

The IEA’s report said global oil inventories have plunged over the past 12 months. Stockpiles are down by more than a billion barrels since the peak of May 2020 and are well below pre-pandemic levels, the report said.