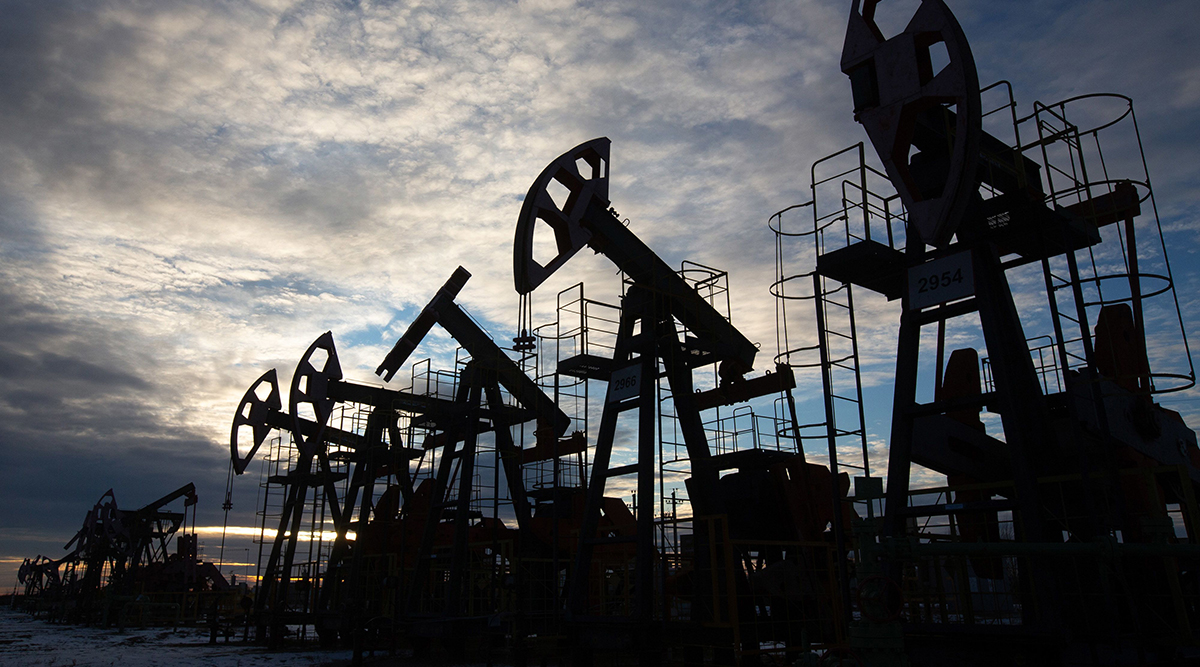 Oil was the biggest loser in a broad market selloff after OPEC+ agreed to boost crude supply as a resurgent virus shook investor confidence in the global economic recovery.

Futures in New York fell 7.5% on July 19, the largest decline since September. OPEC and its allies agreed to monthly supply hikes of 400,000 barrels a day. At the same time, the spread of the delta variant is stoking a risk-off mood in broader markets and threatening oil demand with fresh mobility restrictions around the world. The dollar also rose, reducing the appeal of commodities priced in the currency.

“The demand story has really taken a big hit here, and on the supply side, we’re getting more barrels of crude,” said Ed Moya, senior markets analyst at Oanda Corp. “The momentum behind this move could get ugly.” 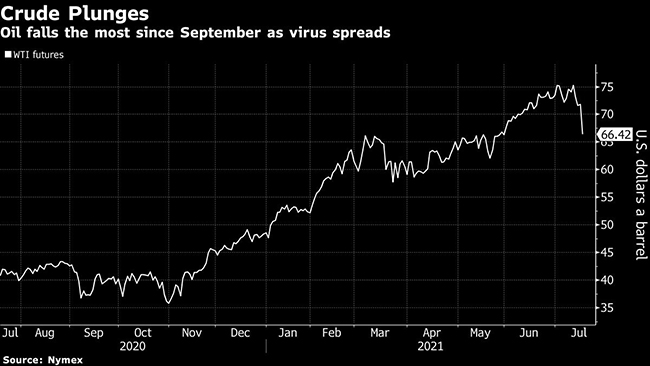 Oil prices have been volatile over the last two weeks while OPEC+ remained in a dispute over adding supplies to the market. The deal was struck this weekend after Saudi Arabia and the United Arab Emirates reached a compromise on UAE’s demand for a more generous output limit. OPEC+ will now face a “new set of challenges” next year as rival supplies grow, said Toril Bosoni, head of IEA’s oil industry and markets division, in an email.

“As supplies from other producers not part of the deal rebound, and demand falls seasonally, stocks could see renewed builds early in the year,” she said.

Countries around the world are also dealing with surges in new cases of COVID-19 as the highly contagious delta variant drives up infections. Indonesia surpassed India and Brazil in daily case numbers. U.S. infections are outpacing the global rate of increase, and the U.K. on July 17 reported the most cases since January.

“We’ve got risk aversion firmly in place and it’s all triggered by the spread of the delta COVID-19 variant,” said Moya of Oanda Corp. “There’s this fear that you’re not going to have that strong economic recovery we were all hoping for in the second half of the year.”

West Texas Intermediate for August delivery dropped $5.39 to settle at $66.42 a barrel in New York.

The delta strain may make oil volatile in the near term, but the deal between the Organization of Petroleum Exporting Countries and its allies would support a “constructive” view on prices, Goldman Sachs Group Inc. said. The market is still “very tight,” despite the addition of supply, said Ed Morse, head of commodities research at Citigroup Inc., in a Bloomberg Television interview.

The agreement spans more than a year and covers millions of barrels of production, but it also remains flexible. The alliance will continue to hold talks every month from September, including a review of the market in December.

That’s a “fair bit of time” before global oil supplies are back to pre-pandemic levels, said Stewart Glickman, energy equity analyst at CFRA Research. “It doesn’t feel like a glut to me.”

— With assistance from Rakteem Katakey, Saket Sundria and Grant Smith.