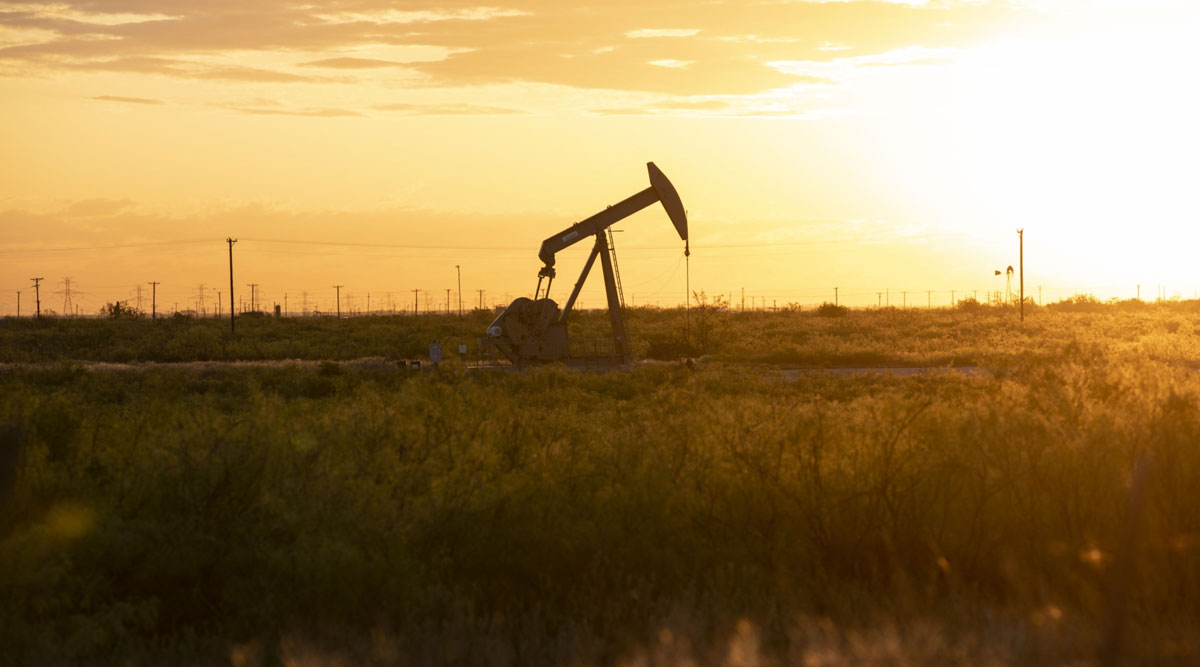 A pump jack operates outside of Midland, Texas, on April 24. (Matthew Busch/Bloomberg News)

Oil declined as investors turned their focus to domestic supply, with expectations for another build in U.S. stockpiles.

Futures in New York declined as much as 1.8% on July 28. In the U.S., a government report set to be released July 29 will probably show crude stockpiles increased 450,000 barrels after last week’s nearly 5-million-barrel rise, further compounding concerns over a stalling economic recovery with the coronavirus pandemic raging. Consultant Rystad Energy A/S highlighted the risks to crude’s recovery from a record glut earlier this year, saying it expects oil supply to eclipse demand for the next four months.

“Demand for crude oil right now, whether it’s driving or especially on the airline front of it, is definitely a little bit weaker,” said Tariq Zahir, managing member of the global macro program at Tyche Capital Advisors. “We’re kind of in a range here right now, at least until the EIA numbers come out.”

The industry-funded American Petroleum Institute will release its tally of inventories later July 28 ahead of the Energy Information Administration report. 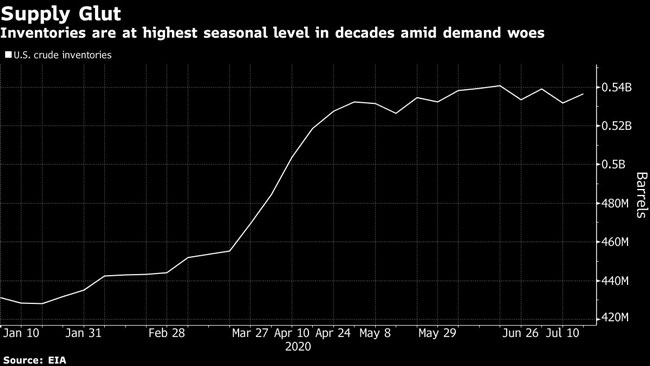 Crude prices have struggled to find direction with futures in New York bouncing in a tight range around $40 a barrel. Support from a weaker dollar that has increased the appeal of commodities priced in the greenback is going toe to toe with a resurgent pandemic threatening the prospects for a demand rebound. Countries from the Netherlands to Malaysia are facing a rise in new cases, and China’s virus cluster has spread to Beijing.

“The market is looking for direction,” said Tom Finlon of GF International. “The coronavirus is the weight on it all, and the primary theme continues of consolidation in outright pricing.”

The Bloomberg Dollar Spot Index fell as much as 0.5% July 28 to the lowest level since September 2018.

The futures curve is also showing signs of weakness. Brent’s September futures were 38 cents cheaper than for October, compared with a 23-cent discount a week earlier. The difference between the front- and second-month price is known as the prompt time spread. WTI’s prompt time spread has also declined.

“Weakening Brent time spreads are indicative of an abundance of physical oil available or an increased difficulty in placing barrels,” said Michael Tran, an analyst at RBC Capital Markets.