Oil Falls on Growing Chorus of Warnings About Demand Recovery 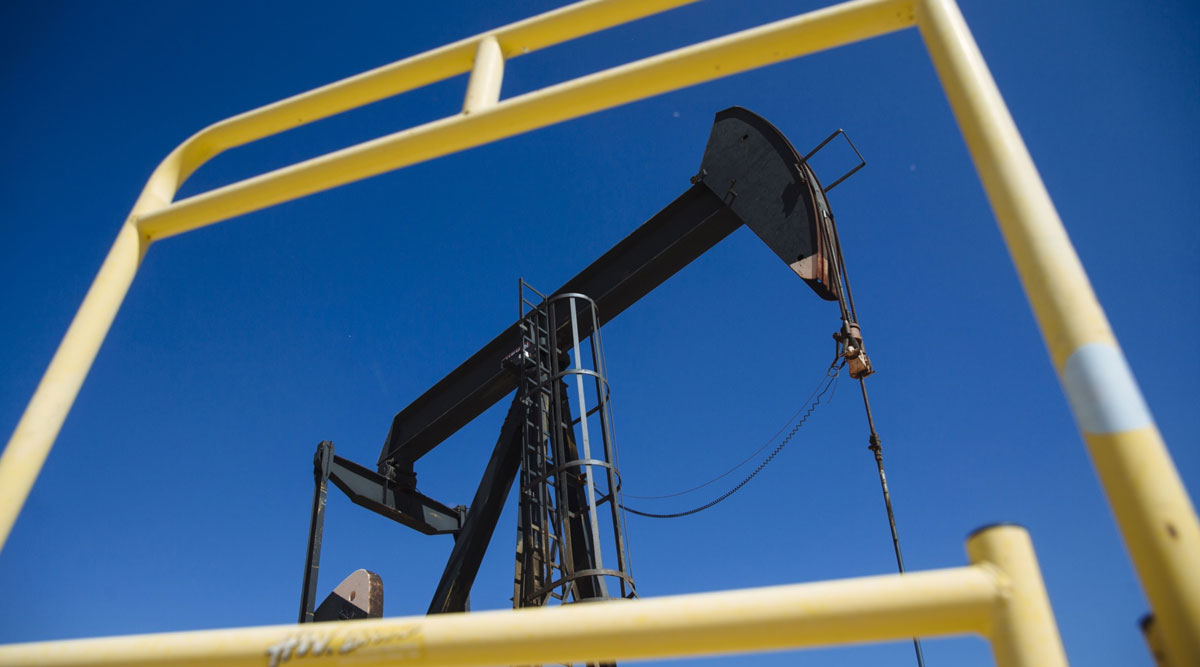 Oil in New York plunged below a key technical level for the first time since June as concerns over progress on another round of U.S. fiscal stimulus compounded growing fears that a sustained recovery in demand is still some way off.

U.S. benchmark crude futures fell as much as 5.4%, to the lowest mark in almost two weeks. West Texas Intermediate and Brent and dropped below their 100-day moving averages. Investors are awaiting developments on another round of U.S. fiscal stimulus, with negotiations at an impasse since August as global confirmed deaths from the coronavirus top 1 million.

“There’s concern that this latest proposal won’t go anywhere after all,” said John Kilduff, a partner at Again Capital. “The crude market needs it badly. To the extent it falters again, crude’s going to take a hit.” 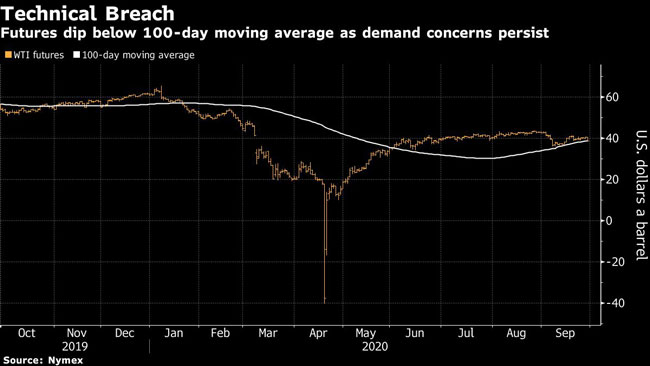 Meanwhile, the chorus of downbeat oil demand predictions continued to grow. Three of the world’s biggest independent oil traders said consumption won’t meaningfully recover for at least another 18 months. That comes as Total SE said demand growth will end around 2030 and Pierre Andurand, chief investment officer and founder of Andurand Capital Management, called for a peak in 2026.

Adding to concerns over the state of the demand recovery, the market is contending with an increase in supply from OPEC+ members. Russia likely exceeded its OPEC+ quota, compounding the worry that the group may be adding more supply than the market can handle. U.S. inventory data Sept. 30 will give an updated outlook on consumption. Crude stockpiles are seen higher week-on-week and gasoline lower, a Bloomberg survey shows.

The sell-off in equities, “which have been propping up oil prices recently, is exposing the oil markets’ weak fundamental backdrop,” said Ryan Fitzmaurice, commodities strategist at Rabobank. The COVID-19 situation continues to weigh on the market, as “Europe has seen notable uptick in virus cases recently and even New York has seen cases rise just ahead of the start of the scheduled indoor dining restart [Sept. 30].”