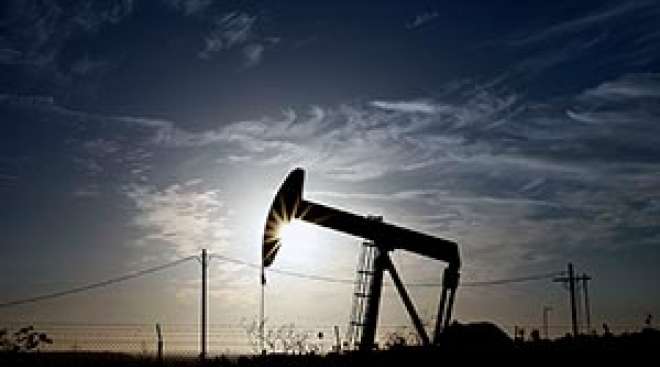 Oil dropped to the lowest in more than two weeks amid estimates that U.S. crude and gasoline inventories continue to climb.

Futures slipped as much as 1.9% in New York. Crude stockpiles probably rose for a fifth week while gasoline supplies approached a record, according to a Bloomberg survey before an Energy Information Administration report Feb. 7. The gasoline crack, the profit from processing oil into gasoline, fell. Statoil ASA said it would make another $1 billion of cost cuts this year, while BP said it needs to borrow money to cover spending and dividends.

Oil has fluctuated above $50 a barrel since a deal to trim output from the Organization of Petroleum Exporting Countries and 11 other nations took effect Jan. 1. While OPEC members implement pledged cuts and Russia says its own reductions are ahead of schedule, U.S. production has edged higher as drillers boosted the rig count to the most since October 2015.

"Gasoline is just getting slaughtered today, and it’s dragging crude with it," said Bob Yawger, director of the futures division at Mizuho Securities USA Inc. in New York. "Gasoline breached the 200-day moving average earlier, and the crack dropped below $10 for the first time since November. A 2 million-barrel gasoline build would bring us to an all-time high, and crude inventories have been climbing, too."

Gasoline inventories probably increased 1.5 million barrels to 258.6 million last week, according to the median forecast in the Bloomberg survey. Stockpiles of the motor fuel reached a record 258.7 million barrels in the week ended Feb. 12, 2016.

The trading boom that cushioned the profits of Royal Dutch Shell and BP through the price slump appears to be over. BP said Feb. 6 it made a "small" loss trading oil in the fourth quarter, while Shell last week said profits "flattened" in late 2016. These companies’ trading divisions thrived in 2015 and 2016 by taking advantage of an unusually strong contango — where contracts for future delivery trade higher than spot prices — that made it profitable to store oil.

Brent for April settlement fell 64 cents to $55.08 a barrel on the London-based ICE Futures Europe exchange. The global benchmark traded at a $2.19 premium to April WTI.

• Statoil reported a fourth-quarter adjusted net loss of $40 million, compared with an average analyst forecast for a $618 million profit.

• Iraq’s semi-independent Kurds paid international oil companies for the second time in as many weeks, settling dues for crude the producers sold in November and chipping away at a backlog of payments.

• Singapore is considering a range of measures to lure a listing from Saudi Arabian Oil Co., according to people familiar with the matter.