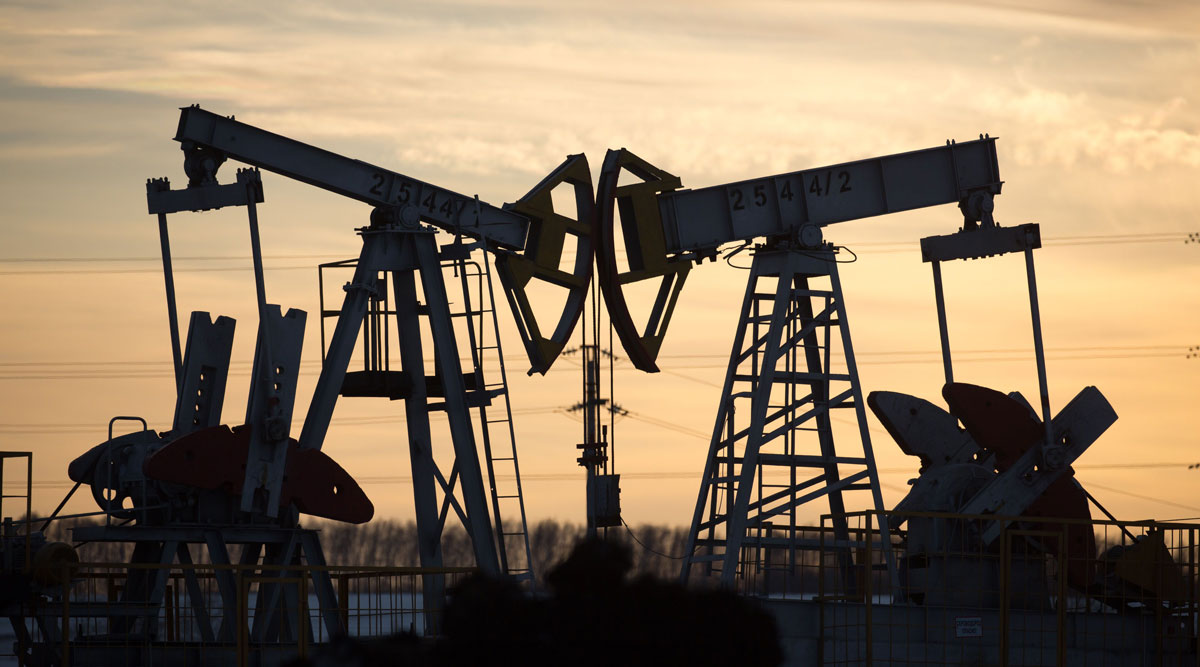 Futures fell as much as 6.3% in New York. While Saudi Arabia and other major producers have sought to prop up the market by cutting production more deeply than required under the OPEC+ supply-curb deal, Moscow wants to scale back curtailments as soon as the current agreement expires, according to people familiar with the matter.

“One thing that has contributed to this rally has been the Russians actually adhering to what they said they were going to do,” Andrew Lebow, senior partner at Commodity Research Group, said regarding output curtailments. “The market was perhaps beginning to factor in that Russia would extend its production cuts. It’s a wake up call that on July 1st, the deal changes.”

OPEC+’s commitment to reducing output by almost 10 million barrels a day starting in May has helped to lift oil prices by 72% this month. But the market’s recovery remains fragile, with higher prices likely to prompt producers to turn the taps back on even as the pandemic continues to quash energy demand. Russia’s move to ease output cuts when they expire in July dampens hopes that the group would extend the curbs until the supply glut is eliminated.

A Kremlin spokesman had earlier said Russia would analyze the market before making any decision at a June 9-10 OPEC+ meeting.

“At this stage, there are two only variables that are able to significantly move prices,” said Bjornar Tonhaugen, Rystad Energy’s head of oil market analysis. “Hints on the direction at the coming OPEC+ meeting and the consensus that will be reached, and the rate of the shut production’s reactivation.”

Separately, the U.S. is considering a range of sanctions to punish China for its crackdown on Hong Kong, including controls on transactions and freezing assets of Chinese officials and businesses. The deteriorating relationship between the world’s two largest economies could complicate the market’s comeback from a historic demand crash. 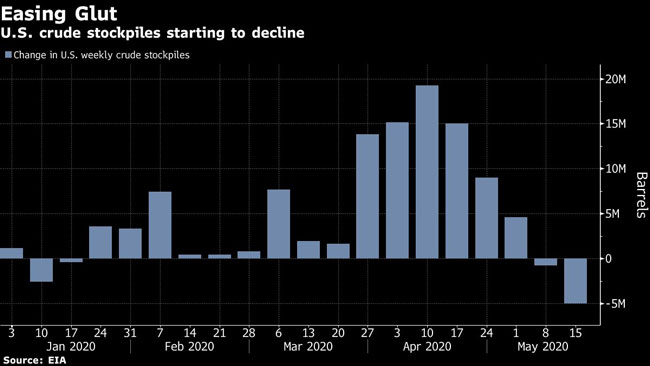 The physical market has recovered in recent days as economies reopen. Indian, Chinese and South Korean refineries are buying distressed cargoes in a sign of returning demand. In the U.S., top infectious disease expert Anthony Fauci said there is a chance that a coronavirus vaccine will be available by the end of the year and that U.S. testing capabilities are improving. The remarks feed optimism that the country could get back to work sooner than expected.

Still, warning signals remain. Demand for gasoline fell 25% to 35% from a year earlier over the U.S. Memorial Day weekend, which usually heralds the start of the summer driving season and the peak of fuel consumption. Profits for making the fuel dropped below $10 a barrel for the first time in about two weeks May 27.