In Ohio, Lordstown Motors Is a Glint of Hope Among Heartbreak 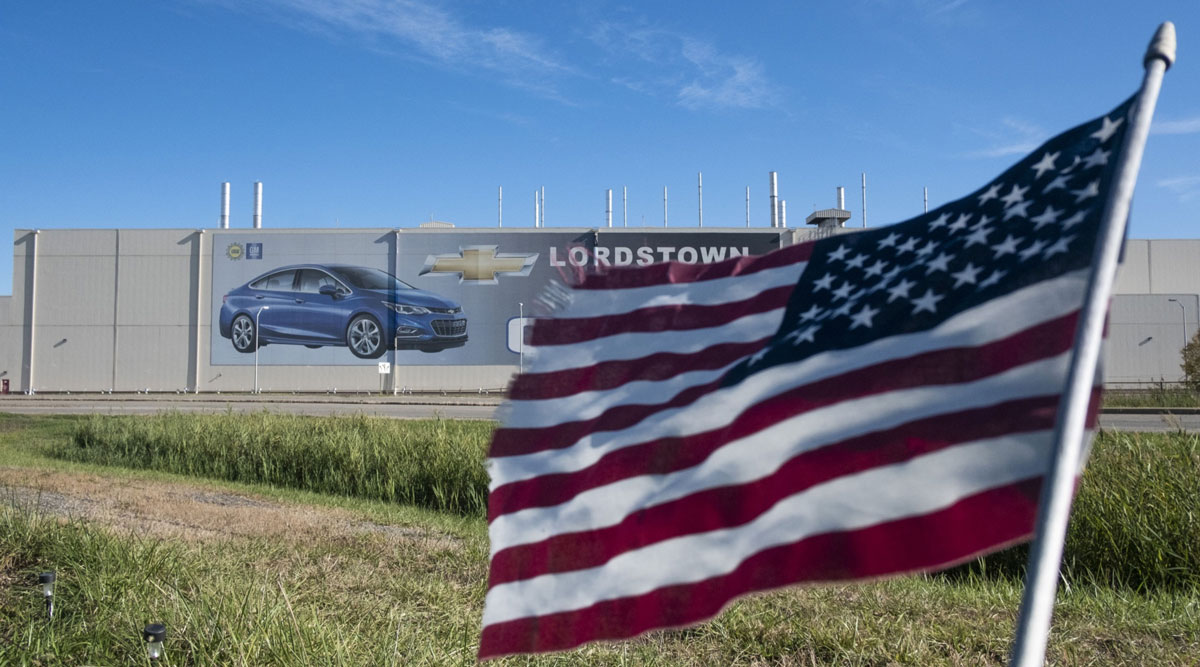 An American flag flies in front of the closed GM plant in Lordstown, Ohio, in 2019. (Matthew Hatcher/Bloomberg News)

In a cavernous Northeast Ohio factory that General Motors Co. left last year, a small group of engineers is coaxing dormant robots back to life — one by one — in a long-shot bid to build a new type of pickup truck.

Here, in the middle of the Rust Belt, the small, untested company hopes to build electric vehicles where GM once employed 10,000 at its peak, turning out Impalas and Firebirds — and, when the end came, compact Cruzes.

So far, the fledgling company, Lordstown Motors, has hired just 70 full-time employees, and no one thinks it can bind up all the economic wounds that have hit the region time and again. 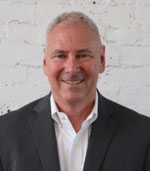 But the company’s CEO, Steve Burns, says he gave the commercial truck a name with that history in mind: “a dual meaning about the endurance of the people of the region.”

The Endurance will be unveiled June 25, though it’s a working prototype ahead of planned production in 2021. Vice President Mike Pence is scheduled to attend the reveal at the plant, which became a national story in recent years because of President Donald Trump’s attention to it.

As recently as June 19, the chairman of the Federal Reserve, Jerome Powell, spoke virtually with community leaders about their ongoing struggle to revitalize the area.

“The Lordstown closure served as a reminder of how interconnected local economies can be,” Powell said.

By the time GM shut down production in March 2019, its ranks had dwindled to about 1,500, and most of those workers either retired or transferred to plants in states including Tennessee, Indiana or Kentucky.

The new company sits in the village of Lordstown and is just one of several enterprises that economic-development officials are counting on to change the narrative about the region, where the nearby city of Youngstown has long been a symbol of decline for the America’s Rust Belt.

Youngstown has lost almost two-thirds of its population since the 1950s, hurt by the collapse of the local steel industry. In April, with COVID-19 taking a toll, the metro area charted among the nation’s slowest personal income growth. The jobless rate, which had recovered from the last recession, soared to 19.8% that month.

Development officials are fostering a hub of logistics companies and suppliers near the factory.

“We’re trying to build a whole eco-structure around this new kind of vehicle,” Burns said in a June 5 interview.

The arrival of the COVID-19 pandemic has only added to the challenges of an already frayed local economy, where the wounds from GM’s closure are still raw for former workers.

“It saddens me — I have a lot of heartache and I still miss our home,” said Christina Defelice, choking back tears in a March telephone call on the anniversary week of GM’s departure.

She mentioned the irony of Trump’s words from a Youngstown rally in July 2017, when he told people “Don’t sell your house” because he’d bring jobs back to Ohio. She and her husband Robert Defelice definitely kept their house — but now there are renters in it because the couple had to transfer to a GM foundry in Bedford, Ind.

Mindy Miller hasn’t worked in more than a year since she drove GM’s final car, a white Cruze, to its parking place outside the factory. She had to move from her two-bedroom town home to the basement of her grandmother’s house in nearby Niles.

Both Defelice and Miller say they wish the new Lordstown Motors well, even if the number of jobs and level of wages never match what GM offered. “I’d like Lordstown Motors to really boom, and this area be the hub, and bring jobs back,” Miller said.

At the new company, Burns’ engineers and consultants are retooling the assembly lines GM left behind to start handling pickups instead of small cars. In addition to the current 70 employees and 100 contractors working at the plant now, he plans to hire as many as 600 line workers for production next year.

Burns previously ran Workhorse Group Inc., an EV company near Cincinnati that’s bidding to build a U.S. Postal Service mail truck. It has a 10% stake in Lordstown Motors and some shared intellectual property.

GM helped Lordstown Motors fund the factory purchase with a $40 million loan, but the startup doesn’t yet have all the money it needs.

As of early June, Burns was still working with investment bankers in Cleveland to try to secure the financing to build 30 test vehicles by December and start production next year. The number of pre-orders is already close to supporting a full year of production, he said, declining to be more specific ahead of this week’s unveiling.

The company is even considering an initial public offering, something Burns’ crew thought unlikely until this month’s stunning market reception to the listing of Nikola Corp. That Phoenix-based startup, which wants to build an electric semi-truck, briefly surged as high as $34 billion in market valuation, surpassing Ford Motor Co.

“That’s a topic of conversation among us,” Burns said of a potential IPO. “Wall Street normally doesn’t like companies that are that far ahead of revenue, but it’s just proving to be a hot space.”

The plant’s story is part of the broader evolution of worker displacement, diversity and inequity in pay, health care and education happening in the Youngstown area and many other American cities — all of which have become more apparent in the era of COVID.

“For working-class communities, which have always understood that racial and economic justice are linked, this is all coming to the forefront now,” said Tim Francisco, director of Youngstown State University’s Center for Working Class Studies, which is run alongside a museum documenting the region’s once-dominant steel industry. “People are tired of the inequity,” he said last week.

The factory continues to generate political controversy. GM has come under pressure from the state of Ohio to return $60 million in public subsidies it received while it owned the facility, and as recently as last week U.S. Sen. Sherrod Brown, an Ohio Democrat, was criticizing GM and Trump administration trade policies for the closure.

Trump carried Ohio about 8 points in 2016 but his support has waned, with a Fox News poll on June 3 showing him trailing Democrat Joe Biden by 2 points. A Quinnipiac University poll of Ohioans released June 24 shows Trump behind by 1 percentage point.

The administration’s response to the pandemic and to racial unrest following incidents of police violence are part of the reason, Francisco said, noting that people of color and women make up much of the workforce in health-care, food-processing and other essential industries that have been under stress for months.

“We really have gotten the sense in this community that no one is going to parachute in and save this community, or any other de-industrialized community,” Francisco said. “What does make me optimistic is that I think in this town, in Youngstown, for the first time we see philanthropy united with economic development, united with education, trying to figure out a way forward that isn’t dependent on one large industry coming in to save us.”