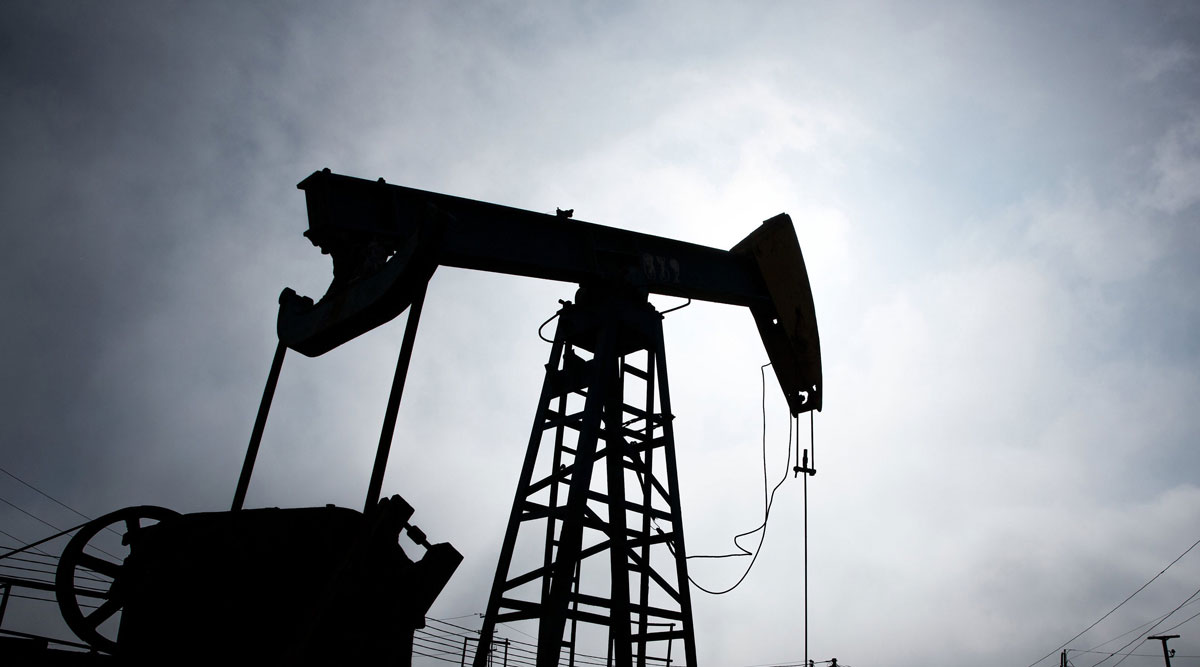 Occidental Petroleum Corp. will have just a single oil rig in the Permian Basin in the second half of the year, illustrating the scale of the shale industry’s pullback and the company’s debt woes.

The deal to buy Anadarko Petroleum Corp. last year was supposed to consolidate Occidental’s position as the largest oil producer in the Permian, but instead did the opposite. In May last year, Occidental was running 12 rigs in the shale region of West Texas and New Mexico, while Anadarko had a further 10, meaning the current plans represent a 95% decline in drilling.

U.S. shale’s explosive decade of growth and transformation of global energy markets came to an abrupt end when the COVID-19 pandemic struck this year, crushing demand for petroleum and busting open the fault lines of the debt-fueled boom. But a rebound in demand from the depths of the crisis in April is failing to translate into any real uptick in activity in the shale patch. Instead, production declines are expected to continue later this year. 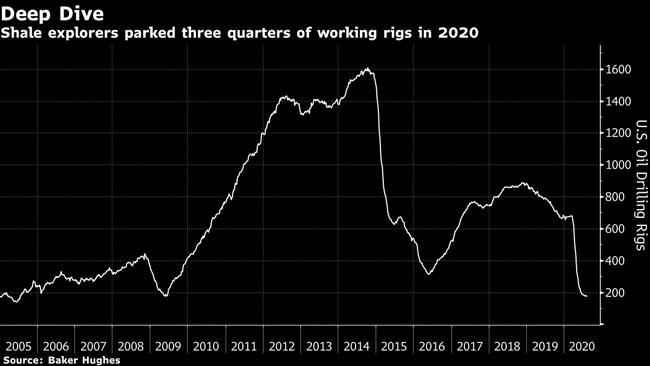 There are only 176 oil rigs active in the whole of the U.S., the lowest since 2005, well before the shale boom. Worse may be to come, with the number of drilling permits last month dropping to the lowest since September 2010, according to Rystad Energy.

“[Activity] is not likely to materially recover this year,” the Oslo, Norway-based researcher said in a note Aug. 11.

Occidental, with its near-$40 billion debt pile, is an extreme example of the retreat, but it’s not alone. Supermajors Exxon Mobil Corp. and Chevron Corp., long expected to pick up the slack from a slowdown from smaller rivals, probably will only have 14 rigs between them by the end of this year, down from about 70 a year ago.

U.S. oil production likely will end the year close to 10.1 million barrels a day, about 20% lower than at the start, according to IHS Markit. Production will only increase by 350,000 barrels per day next year, according to the firm’s analysts.

For Occidental, the pullback is particularly humbling. The Anadarko deal was supposed to create a Permian giant to rival the majors, with strong cash flows and enormous growth potential. But the pandemic, combined with the debt, means that Occidental is shrinking, in production and market value.

Occidental slashed its capital budget by more than half to $2.5 billion for the year. That’s below the $2.9 billion per year it needs to sustain production going forward. As such, output is declining quickly, with a 13% drop to 1.23 million barrels a day expected in the current quarter and a further 5% in the fourth.

The company said it plans to only have one rig in the Permian for the rest of the year and none in the Rocky Mountains. It will only drill between 12 and 20 wells in the Permian in the second half, compared with 118 in the first half.

The slowdown, combined with lower prices, caused Occidental to post a $6.6 billion writedown in the second quarter, equivalent to more than 40% of its market value. More than two-thirds of the impairment was to account for the lower value of its domestic onshore acreage, with the remainder in the Gulf of Mexico and overseas, the Houston-based company said in a statement Aug. 10. 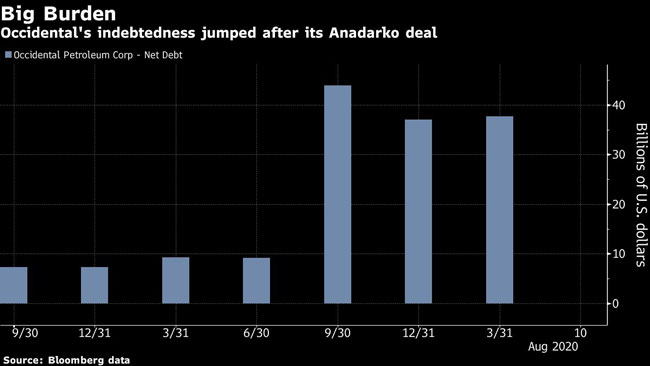 Occidental is not alone is taking large impairments after the COVID-19 pandemic crushed demand for petroleum around the world, but its writedown is one of the biggest relative to its size. Though the charges don’t affect near-term cash flows, they increase certain leverage ratios, potentially pushing up borrowing costs for the oil producer.

Excluding the writedowns, Occidental made an adjusted loss of $1.76 a share, worse than the average $1.68 estimated by analysts in a Bloomberg survey. Production came in at the high-end of Occidental’s guidance, at the equivalent of 1.41 million barrels of oil a day, boosted by output from the Permian despite the pullback.

Almost every large oil and gas company has either taken or warned of massive writedowns after energy markets collapsed in the second quarter, eroding the value of their reserves. With uncertainty over when or if petroleum demand will fully recover and savage spending cuts, the industry is effectively saying large portions of its oil in the ground may never be economically produced.

Most US Oil Job Losses in Pandemic to Remain, Report Says