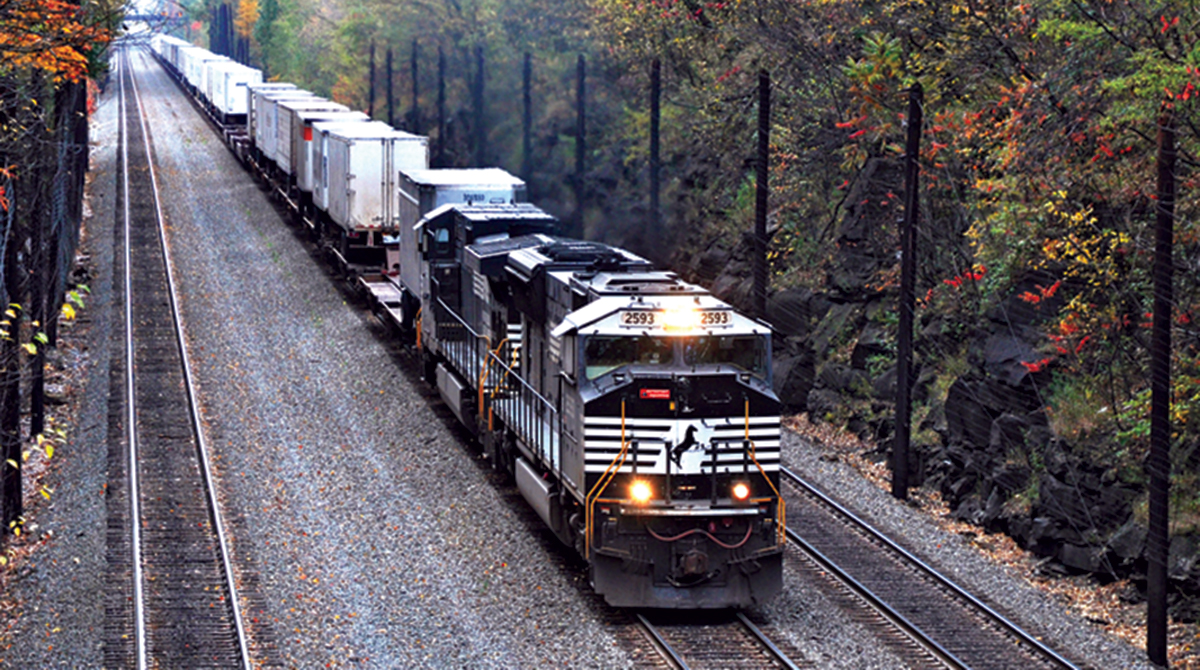 NORFOLK, Va. — When Roanoke-based Norfolk & Western and Washington, D.C.-based Southern Railway merged in 1982, they created one of the largest railroads in the nation. A United Press International story written at the time stated that the decision to base the railroad in Norfolk was a surprise.

Its departure from the city 36 years later is anything but.

Norfolk Southern Corp. on Dec. 12 announced officially what had been expected for some time: that it will move its corporate headquarters from Norfolk to Atlanta. 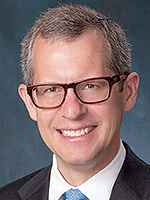 The formal word came when company Chairman and CEO Jim Squires was heard telling a roomful of railroad employees gathered in a closed-door meeting room at the Norfolk Sheraton Waterside that the railroad would indeed be leaving for Georgia.

“We will be a better team when we are together as a team,” Squires said.

Employees are expected to move in two phases, with the first 100 moving next summer and the remainder joining them in the new headquarters by the summer of 2021.

The company has timed the moves to coincide with the school year so the employees’ students don’t have to leave midyear. Employees also will have the opportunity to visit Atlanta before the move.

Squires assured employees they want the transition to be as smooth as possible. He also emphasized that the company still will have an operational presence in Hampton Roads at its various facilities including at the Port of Virginia.

The announcement caps a consolidation process in Atlanta that has been an ongoing effort.

John Boyd, a Princeton, N.J.-based site-selection expert, noted that the railroad has expanded a number of times over the years in Atlanta. The company has said about 500 people work in the railroad’s Norfolk headquarters while 1,900 work at its office in Atlanta.

Ultimately, Norfolk Southern’s decision hinged on approvals for a massive publicly funded redevelopment project that cleared the way for it to sell land it owns in Atlanta and use the money to move to a new $575 million headquarters to be built in the city’s Midtown district.

Its departure, which will occur over a few years, leaves Hampton Roads with two Fortune 500 companies: Newport News-based Huntington Ingalls Industries and Chesapeake-based Dollar Tree. While the job losses are notable, the real damage from Norfolk Southern’s departure is to the area’s image, Boyd said.

“Look, it’s always a black eye to lose a Fortune 500 company,” he said. “These are really, you know, trophies on the mantel, if you will.” 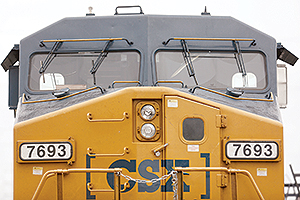 Just as Norfolk Southern is in a highly competitive battle for market share against Jacksonville, Fla.-based CSX, he said, “They’re also in a battle for talent, to hire engineers and IT workers. As you know, the freight industry is increasingly automated and relies on IT skill sets. And few markets can compete with Atlanta in that regard, because of the sheer size of its labor market and recent investments in institutions like [Georgia Tech].”

Old Dominion University economist Vinod Agarwal acknowledged that the company’s move doesn’t help Hampton Roads’ reputation, but he downplayed the actual economic effect it would have on the region.

The numbers involved in the relocation of Norfolk Southern to Atlanta are not that big, even if the number of affected employees is in the 500 to 600 range, all of whom make pretty decent salaries, he said. Hampton Roads’ gross domestic product in 2017 was about $100 billion, he said.

“In terms of economic impact, it’s going to be marginal, very small,” he added. “But the psychic impacts are much more serious.”

Norfolk Southern is a generous contributor to the arts and cultural community, Agarwal said. “That is a big hole to fill.”

Agarwal also underscored that the impact would be felt regionally, not just in Norfolk, because Norfolk Southern employees live all over Hampton Roads. Cities such as Virginia Beach, Chesapeake, Suffolk and the like won’t be shielded from the loss.

The actual economic impact of Norfolk Southern’s relocation is expected to be about $6.1 million, according to a late-November City of Norfolk estimate.

That figure includes office-worker spending at restaurants, along with money spent on other goods and services and philanthropic donations through the Norfolk Southern Foundation and employee matches.

The railroad and its headquarters workers contribute more than $3 million in tax revenue to the city each year, according to the estimate.

“A significant portion of this revenue will continue as long as the firm maintains rail operations in the city and the tower remains economically viable,” the city’s memo states. “Much of this revenue is based on real estate taxes and will not change if they relocate out of Norfolk.”

“We in the business community understand that, you know, sometimes you have to make some tough calls for the greater good of your shareholders,” he said.

Norfolk Southern is a Fortune 500 company, publicly traded on the New York Stock Exchange, and executives such as Squires don’t make decisions such as this unilaterally but in conjunction with a board of directors and shareholders to whom he’s responsible, Stephens added.

“I think we need to understand it in the context of a business decision,” Stephens said. “I’m sure it was a financial decision.”

He acknowledged, however, the wound inflicted when a region loses a Fortune 500 corporate headquarters.

“It’s the optics we need to address,” he said. “In any public relations effort you need to try to get out in front of the story. You need to make sure that the facts are clearly understood and you need to tell the story in a way that is best reflective, in this case, of the region.”

Boyd suggested that there may be a silver lining in the loss of Norfolk Southern’s headquarters.

“We’ve never seen more headquarters relocations [nationally] than we’re seeing right now,” he said. “And we’re going to see a lot more over the next 24 months.”

As it happens, Boyd added, the idea of building up communities is beginning to gain traction in the Fortune 500 world. “Publicly traded companies are increasingly paying attention to this idea of social impact and their ability to enter a market that is distressed because of high poverty or diversity, or perhaps a recent downturn in the economy related to a departure of a significant company, like a Norfolk Southern,” he said.

Norfolk might want to borrow a page from a city such as Newark, N.J., which was short-listed in the recent Amazon headquarters competition, Boyd said.

“This is an opportunity, on the heels of losing Norfolk Southern, to really talk about social impact, to encourage other publicly traded companies to take another look at Norfolk,” he said.

He said more institutional investors are weighing social impact when deciding what companies to invest in.

Bill Schafer, who lives in Virginia Beach, retired from Norfolk Southern in 2011— exactly four decades after he began his railroad career in 1971 with Southern Railway. After the 1982 merger, he was transferred to Norfolk and except for a nine-year hiatus from 1998 to 2007, has been in Hampton Roads ever since.

Schafer said Norfolk Southern’s decision to relocate its headquarters to Atlanta makes sense on many levels.

“They have an enormous operation,” he said. “If you look at a map, you’ll see all kinds of [rail] lines joining down there. … My sense is that the labor pool is better. And it’s just easier to get around. Atlanta is a hub. Any chamber of commerce could probably tell you that.”