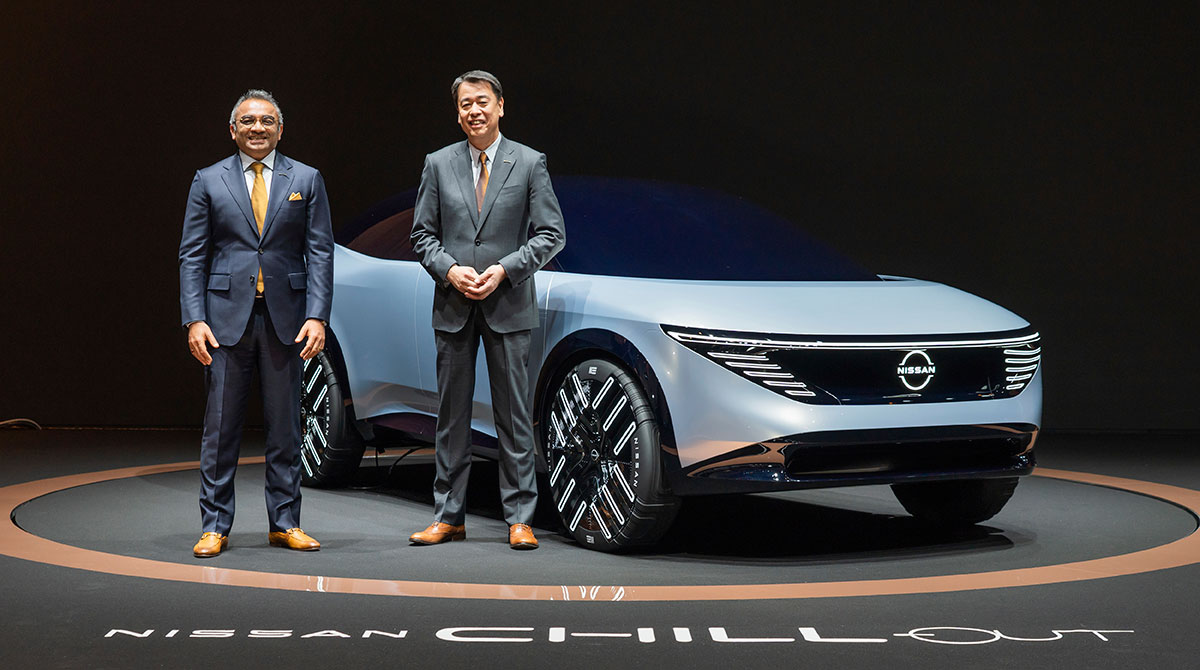 TOKYO — Nissan said Nov. 29 it is investing 2 trillion yen ($17.6 billion) over the next five years and developing a cheaper, more powerful battery to boost its electric vehicle lineup.

The Japanese automaker’s chief executive, Makoto Uchida, said 15 new electric vehicles will be available by fiscal 2030. Nissan Motor Co. is aiming for a 50% “electrification” of the company’s model lineup, under what Uchida called the “Nissan Ambition 2030” long-term plan. Electrified vehicles include hybrids and other kinds of environmentally friendly models rather than just electric vehicles.

The effort is focused mainly on electric vehicles to cut emissions and meet various customers’ needs, said Uchida. Nissan also will reduce carbon emissions at its factories, he added.

#Nissan Futures kicks off in 1 hour!
The announcement of our long-term vision is just around the corner.
Tune in from 10:00 a.m. JST (1:00 a.m. GMT): https://t.co/RHNM2SCyWe#NissanFutures https://t.co/zMn8fFa9OK

The company has been struggling to put the scandal of former Chairman Carlos Ghosn behind it. Ghosn, who led Nissan for two decades after he was sent to Japan by French alliance partner Renault, was arrested in Tokyo in 2018 on various financial misconduct charges.

Uchida made no mention of the scandal but referred to “past mistakes” he promised won’t be repeated at Nissan.

Nissan’s “electrification” rests on developing a new ASSB, or all solid state battery, that it categorized as “a breakthrough” for being cheaper and generating more power than batteries now in use.

That means electric powertrains can be more easily used in trucks, vans and other heavier vehicles because the batteries can be smaller. The ASSB will be in mass production by 2028, according to Nissan.

The costs of electric vehicles will also fall thanks to the battery innovation to levels comparable with regular gasoline cars, Uchida said.

Surf-Out, Max-Out, Hang-Out ⚡ 3 #Nissan concept electric vehicles.
Would you rather go to a beach party with Surf-Out, on an exciting ride in the Max-Out, or relax in the Hang-Out?#NissanFutures #ElectrifyTheWorld #EV #ElectricVehicle pic.twitter.com/eAlstFIo8D

“Nissan has emerged from a crisis and is ready to make a new start,” he said.

Uchida said Nissan was hiring 3,000 engineers to strengthen its research, including digital technology for vehicles.

Nissan, based in Yokohama, Japan, has suffered recently from the computer chips shortage that’s slammed all automakers because of lockdowns and other measures at chip factories to combat the coronavirus pandemic.

The maker of the Infiniti luxury models, Leaf electric vehicle and Z sports car is projecting a return to profitability for the fiscal year through March 2022 after racking up two straight years of losses.