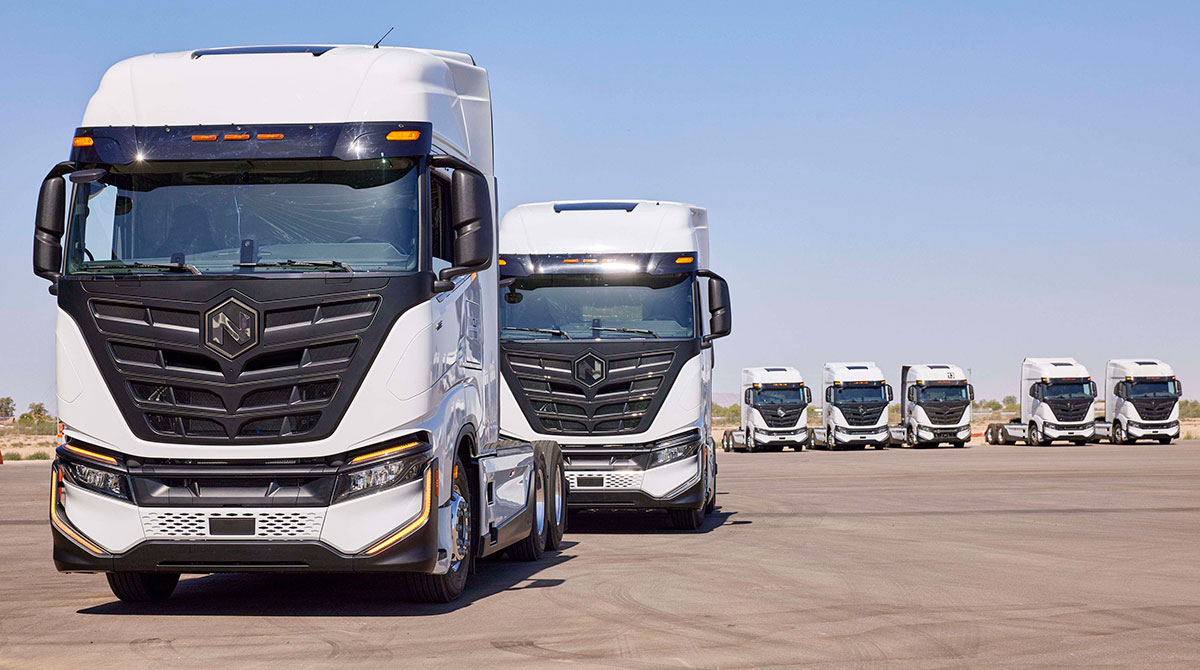 Electric truck startup Nikola said in its first-quarter earnings report on May 5 that it delivered its first semi-trucks to customers in April.

In addition, the Phoenix-based company said it now has purchase orders and letters of intent to manufacture and sell 510 of its battery-electric Tre trucks.

Nikola said in late March it began production of its Tre trucks, and the first 11 were shipped from the company’s new Coolidge, Ariz., facility in April to dealers.

The company is also working with beverage giant Anheuser-Busch InBev and others to complete development of its longer-range hydrogen fuel cell-powered truck that it plans to deliver in the second half of 2023.

Nikola said in its earnings release it did not collect any revenue from its first-quarter truck deliveries; however, it did earn nearly $1.89 million in services-related revenue, which helped it to exceed Wall Street’s expectations for the first three months of 2022.

“During the first quarter, we reached a significant milestone with the start of serial production for the Nikola Tre BEV at our Coolidge, Ariz., manufacturing facility and are currently delivering saleable trucks to dealers for customer deliveries,” CEO Mark Russell said in a statement. “We look forward to scaling production and delivering 300-500 production vehicles to customers this year.”

"We began production of the Tre BEV on March 21 here in Coolidge and today we're celebrating this milestone and the initial shipments of trucks to our customers." - Mark Russell https://t.co/O74FUfVfz2 #Launch2022 #NikolaTreBEV

Nikola expects to build 300-500 Tre BEVs in 2022 at the Coolidge plant for dealers and customers, with an initial annual production capacity of 2,500 trucks.

On a conference call with financial analysts and reporters after the earnings announcement, company officials said Nikola had $385 million in available cash on hand at the end of the quarter and another $409 million remaining on two equity lines of credit with its financing company Tumim Stone Capital.

Nikola also announced on May 2 it had raised an additional $200 million through a private sale of convertible notes and that funding from Antara Capital should be available in June. With that, the company says its available cash reserves should be sufficient to fund its operations for another year without seeking additional revenue.

With regard to its hydrogen fuel infrastructure program, Nikola said in the first quarter, along with its station partner TravelCenters of America, it selected its first hydrogen refueling station at TA’s existing location on Interstate 10 in Ontario, Calif.

In late April it announced that TC Energy and Nikola are planning to evaluate a possible hydrogen production hub in Crossfield, Alberta, which could initially produce 60 tons of hydrogen a day, with the capacity to expand to up to 150 tons per day. Nikola is intended to serve as TC Energy’s anchor customer for the hub.

The company also held a public event for state of Arizona officials, media members and others on April 27 at their Coolidge assembly facility where the initial construction of 290,000 square feet is completed and Nikola said the next phase of the facility’s expansion — which will add another 150,000 square feet — is underway and set for completion in 2023. After two more planned expansion phases, the overall plant when complete will be 1 million square feet.

Company officials said then that a joint venture plant in Ulm, Germany, with truck maker Iveco is also ready to go.

Nikola Motor Co. was established in 2015. It went public in June 2020 after VectoIQ Acquisition Corp.’s stockholders voted in favor of the previously announced business combination with that company.