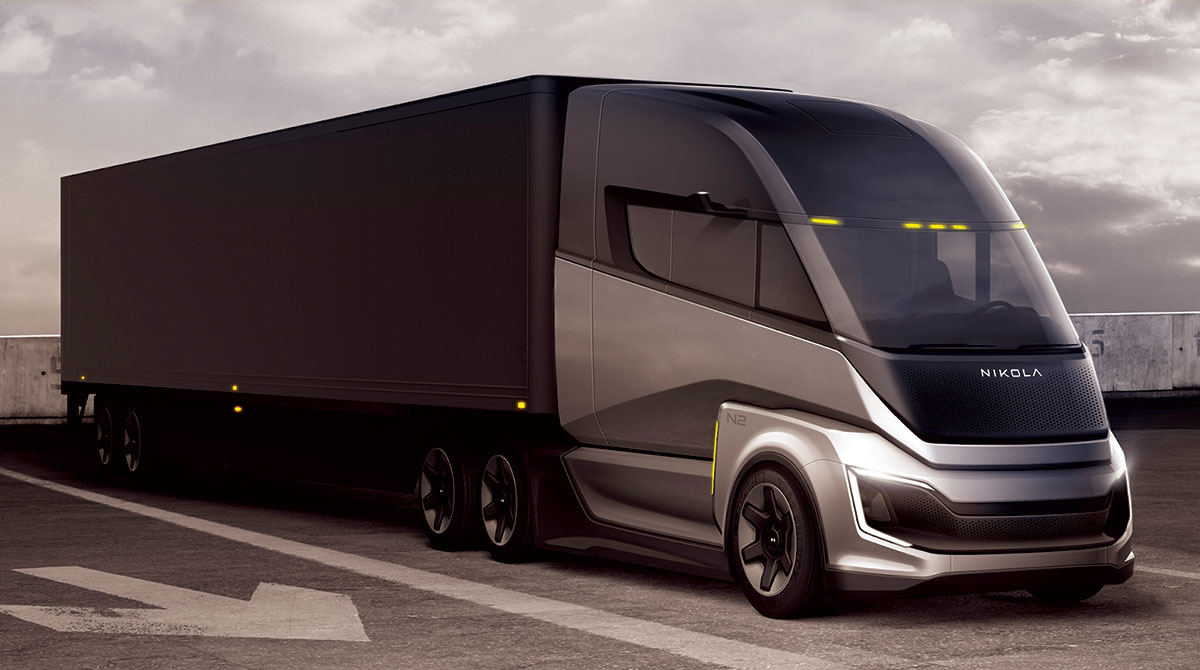 The Nikola Two FCEV Sleeper is a long-haul freight solution with hydrogen capacity allowing a non-stop range of up to 900 miles. (Nikola Corp.)

Nikola Corp. will pay a $125 million penalty to the U.S. Securities and Exchange Commission over allegedly misleading statements its founder and former CEO made to investors about the electric vehicle startup.

“Nikola Corp. is responsible both for Milton’s allegedly misleading statements and for other alleged deceptions, all of which falsely portrayed the true state of the company’s business and technology,” said Gurbir Grewal, head of the SEC’s enforcement division. “The misconduct — and the harm it inflicted on retail investors — merits the strong remedies today’s settlement provides.”

The settlement, which Nikola said last month it was expecting, brings the company a step closer to moving past the controversy surrounding its founder, who stepped down in September 2020. Bloomberg first reported in June 2020 that Milton had exaggerated the capability of Nikola’s debut truck, citing people familiar with the matter.

Nikola said it was “pleased” with the SEC settlement and “the company has now resolved all government investigations.” The company said it would pay the fine in five installments over the next two years and reiterated its intention to seek reimbursement from Milton for the costs and damages in connection to the investigation and other government probes.

Representatives for Milton didn’t immediately respond to requests for comment.

Milton is facing criminal and civil charges for his statements. He asked a federal judge last week to throw out an indictment accusing him of misleading investors, saying his comments were merely promotional speech in support of the company.

Nikola is vying for a slice of the budding market for EVs with plans to produce both battery-electric and fuel-cell semi trucks. It also aims to establish a hydrogen fueling network. The Phoenix-based manufacturer’s stock has dropped below $10 a share after topping $79 last year as a poster child for SPAC-listed clean-energy upstarts.