Nikola Gets Valued at $34 Billion Before Gain Is Wiped Out 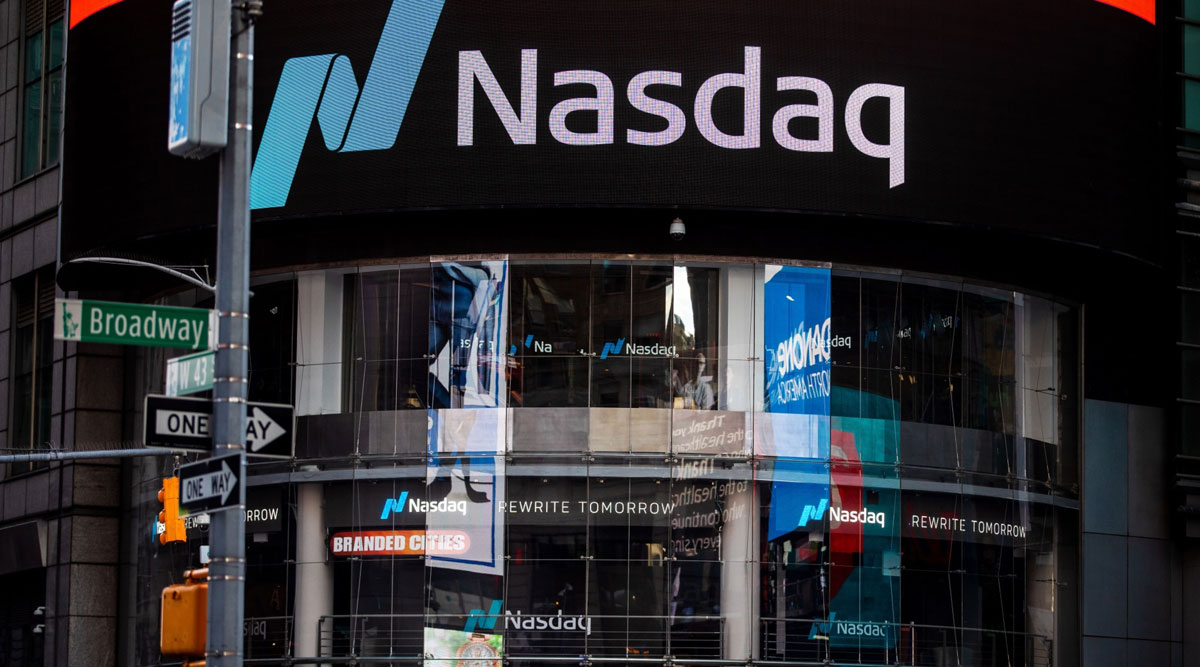 Signage is displayed outside the Nasdaq Market Site in the Times Square area of New York on May 12. (Demetrius Freeman/Bloomberg News)

Tesla Inc. shares are at an all-time high. Hertz Global Holdings Inc.’s are well above where they were before the company went bankrupt. But no stock in the automotive sector is a better indication of equity-market exuberance than Nikola Corp.

The battery-electric and hydrogen fuel-cell truck maker debuted on the Nasdaq last week following a reverse merger with a blank-check company headed by a former General Motors Co. executive and board director. It’s forecasting zero revenue for 2020 and its first $1 billion year won’t be until 2023.

Ford Motor Co., by comparison, is expected to report about $115 billion of revenue for this year. And yet Nikola, whose stock more than doubled June 8, traded up another 28% after the open on June 9 before trading was briefly paused due to volatility. By 9:45 a.m. in New York, the stock had plunged as much as 14%.

Skeptics have long questioned the market’s valuation of Tesla, which has yet to post an annual profit. But by pushing Nikola’s market cap to $26 billion at the close of June 8, investors have taken appraisals of zero-emission vehicle manufacturers named after a celebrated Serbian-American inventor to another stratosphere.

“Nikola’s No. 1 goal is stable growth over time,” Trevor Milton, Nikola’s executive chairman, said in an emailed statement. The 38-year-old said several factors could be behind the stock’s gain and cited examples including his tweeted announcement that the company will start taking reservations for its Badger pickup.

Starting five years ago, when Milton founded Nikola, through the end of last year, the Phoenix-based company has lost about $188.5 million. It’s planning to start delivering the Tre battery-electric semi truck next year, followed by two fuel cell electric models in 2023.

The Badger model that Milton said may have gotten the market excited on June 8 might not actually make it into production. In Nikola’s public-offering filing, the company said it is focused on making Class 8 heavy-duty vehicles and doesn’t expect to build the Badger unless it finds an established manufacturer to partner with.

A spokesperson for the company said Nikola will announce a partner in the near future, without giving more specifics.

Last week, Milton ceded the chief executive officer job to Mark Russell, a former chief operating officer of metals manufacturer Worthington Industries Inc. who has been president of Nikola since February 2019. VectoIQ Acquisition Corp., the company Nikola merged with, is led by Steve Girsky, a former GM vice chairman who helped lead the carmaker out of bankruptcy. 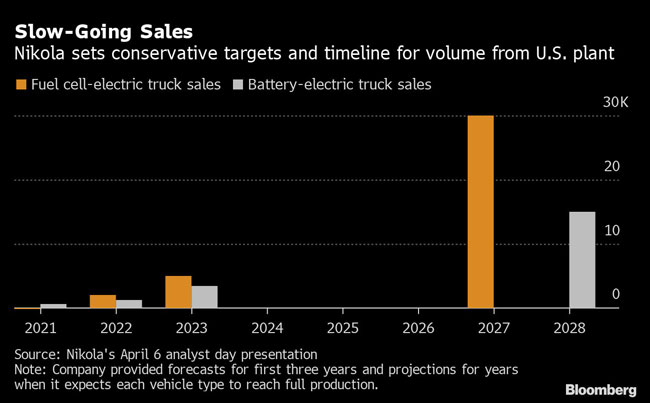 Nikola had about $86 million in cash at the end of last year. Prior to the stock listing, it had raised more than $500 million of private capital, though that includes a $150 million in-kind contribution from CNH Industrial NV, the truck maker linked to Italy’s billionaire Agnelli family. CNH also invested $100 million cash in Nikola last year.

The partnership with CNH includes a 50-50 venture in Europe that aims to start producing battery-electric trucks in Germany in the first half of next year and a North American alliance that Nikola will fully own.

Nikola is planning to build a 1-million-square-foot facility south of Phoenix and start making trucks in 2021. It’s expecting to reach full production of about 30,000 fuel cell-electric vehicles in 2027 and 15,000 battery-electric vehicles the following year.

Although Nikola touts reservations for 14,000 fuel cell-electric trucks that it says are worth about $10 billion of sales, those are far from done deals. The company told prospective investors in April that it was negotiating with strategic fleet partners to convert pre-orders into binding contracts with deposits.