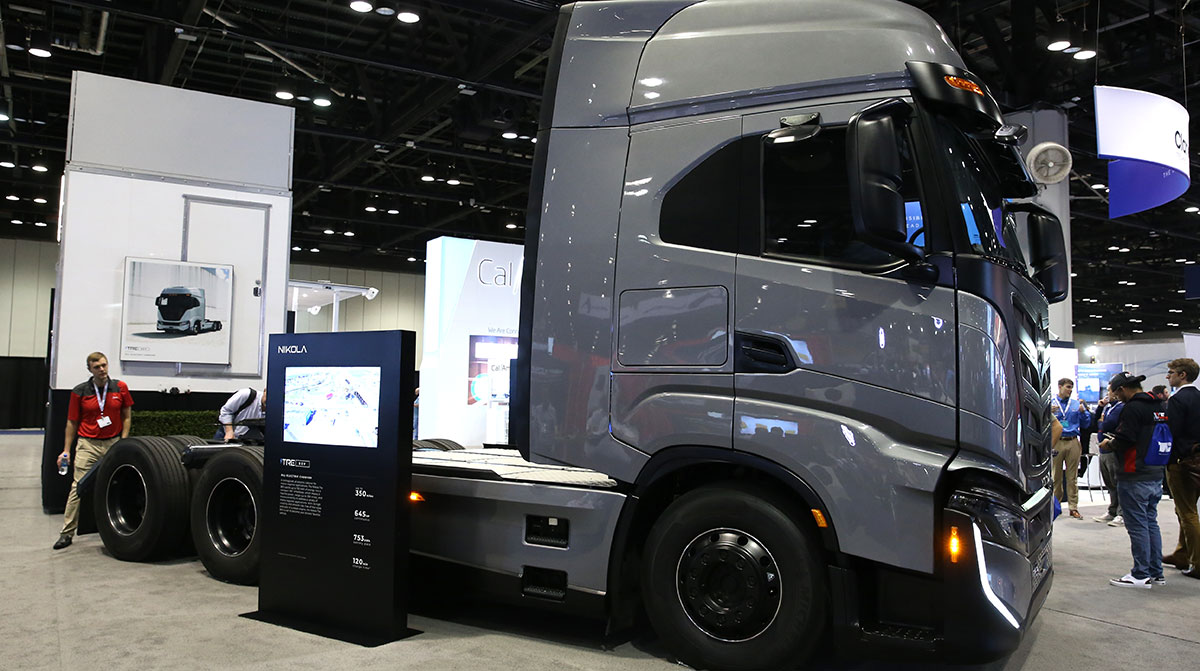 A Nikola Tre BEV cabover on display at TMC 2022. The model will be the first that Alta will sell in its Arizona territory. (John Sommers II for Transport Topics)

It will replace Empire Transport in Arizona, according to the Livonia, Mich.-based heavy-equipment dealership, which has a network of 60 locations.

The first Nikola product Alta will sell is the Tre battery-electric vehicle. With an expected range of up to 350 miles, the Tre BEV has a cabover design ideal for metro-regional applications because of improved visibility and maneuverability, Alta noted.

Phoenix-based Nikola began production of its Tre BEV on March 21 in Coolidge, Ariz.

“We believe Arizona is a market prime for electric vehicle growth,” Alta CEO Ryan Greenawalt said in a release.