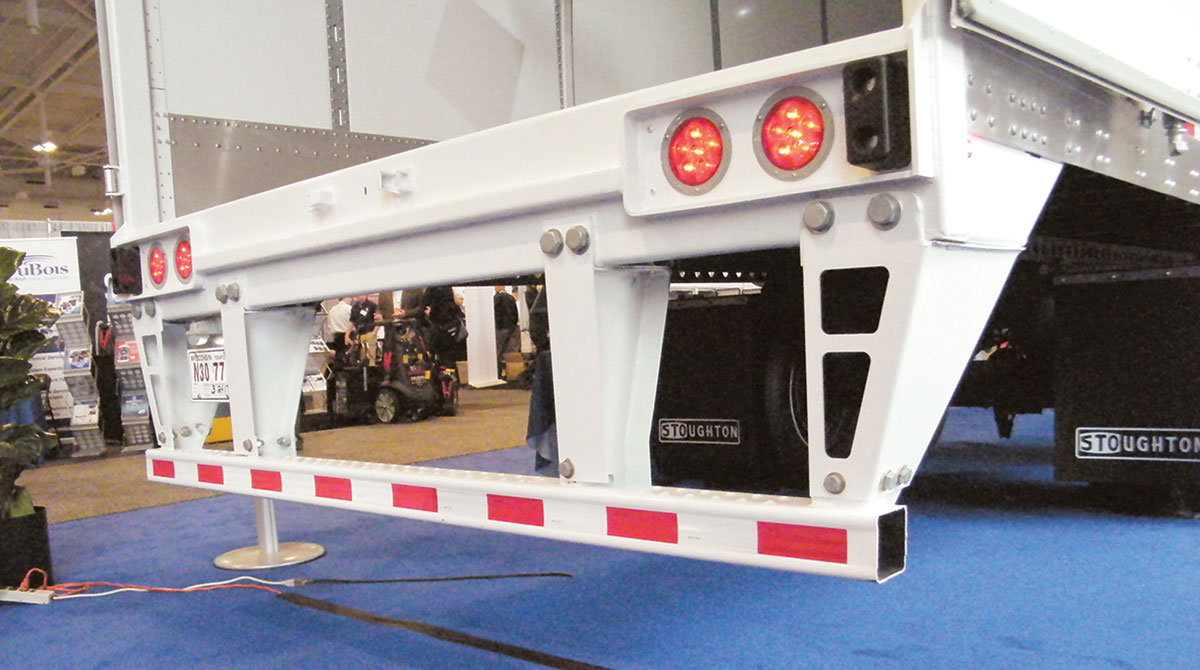 The National Highway Traffic Safety Administration has finalized a rulemaking that updates two truck rear underride guard standards it said will improve protection for drivers and passengers in light vehicles in the event of a rear underride crash.

Rear underride crashes, often deadly, occur when the front end of cars crash into the back of large truck trailers, or semi-trailers, and slide under the vehicles.

NHTSA, which said the rule is designed to mitigate injuries or fatalities in such crashes, essentially brings the U.S. standard equal to the current Transport Canada standard — which many U.S. motor carriers and trailer manufacturers already have met.

The NHTSA final rule comes 6½ years after its proposed rule was first issued in December 2015.

“Adopting these standards will require rear impact guards to provide sufficient strength and energy absorption to protect occupants of compact and subcompact passenger cars impacting the rear of trailers at 56 kilometers per hour (35 mph),” NHTSA said. “Upgraded protection will be provided in crashes in which the passenger motor vehicle hits the center of the rear of the trailer or semi-trailer; and in which 50% of the width of the passenger motor vehicle overlaps the rear of the trailer or semi-trailer.”

“This new rule will improve protection for passengers and drivers of passenger vehicles while also meeting a critical mandate from Congress under the bipartisan infrastructure law,” Steven Cliff, NHTSA’s administrator, said in a statement.

The agency said in response to the bipartisan infrastructure law it also plans to report the findings of research and data collection on side underride guards, and also publish an advance notice of proposed rulemaking to consider requirements for side underride guards.

On July 5, it also announced plans to solicit nominations for appointment to the agency’s Advisory Committee on Underride Protection.

“ATA supports NHTSA’s final rule, as it helps us align with Canada and takes an incremental step that is backed by solid safety research,” said Kevin Grove, director of safety and technology policy for American Trucking Associations. “We also support NHTSA’s efforts to further research rear and side underride guards, as directed in the bipartisan infrastructure law. With more data NHTSA can take an evidence-based approach to evaluating the efficacy of underride protection.”

“While advocacy groups continue to push for side and front underride guard mandates, there are a number of serious concerns that have been raised, not just by the trucking industry, but by government offices as well,” added Dan Horvath, ATA vice president of safety policy.

“We were disappointed that the rule didn’t go as far as we would have liked,” said David Harkey, president of the Insurance Institute for Highway Safety, an independent, nonprofit scientific and educational organization that conducts vehicle crash studies and reports. “We have run the Canadian standard versus our requirements. We have certainly tested a lot of underride guards.”

Harkey said that his group’s certified standard, which it calls ToughGuard, is the one they’d hoped NHTSA would adopt.

“We didn’t think this issue was something that was politically charged,” Harkey added. “So it’s not clear to us why NHTSA did not require the tougher standard.”

“The result of the rulemaking process, which was initiated in 2015, is a completely inadequate standard that will make road users less safe and undermines the Biden administration’s stated goal of working toward zero roadway deaths,” Advocates for Highway and Auto Safety said in a June 30 statement. “In 2019, 531 of the 2,132 passenger vehicle occupants killed in two-vehicle crashes involving large truck crashes died when their vehicles struck the rear of a large truck.”