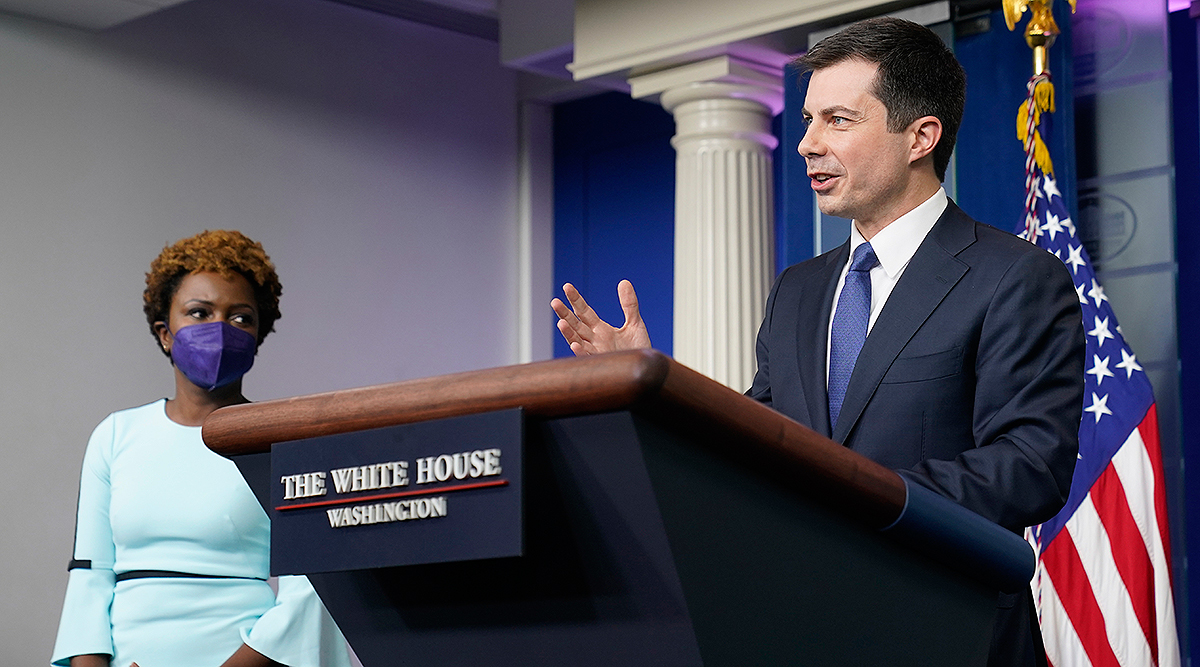 WASHINGTON — He has been here before.

President Joe Biden doesn’t need to look any further back than his time as vice president to grasp the challenges that lie ahead in promoting his new $1 trillion infrastructure deal to the American people and getting the money out the door fast enough that they can feel a real impact.

When President Barack Obama pushed through a giant stimulus bill in 2009, his administration faced criticism that the money was too slow to work its way into the sluggish economy, and Obama later acknowledged that he had failed to sell Americans on the benefits of the legislation.

Obama’s biggest mistake, he said in 2012, was thinking that the job of the presidency was “just about getting the policy right” rather than telling “a story to the American people that gives them a sense of unity and purpose.”

Biden began his own effort to fashion such a story when he took a victory lap Nov. 6 after his infrastructure bill cleared Congress, notching a hard-fought win on a $1.2 trillion piece of legislation that he says will tangibly improve Americans’ lives in the months and years to come.

The Democratic president called it “a once-in-a-generation investment” to tackle a range of challenges — crumbling roads and bridges, gaps in access to affordable internet, water tainted by lead pipes, homes and cities ill-prepared to cope with increasingly frequent extreme weather conditions.

Coming at the end of a particularly difficult week in which his party suffered surprise losses up and down the ballot in elections nationwide, passage of the legislation was a respite from a challenging few months for an embattled president whose poll numbers have dropped as Americans remain frustrated with the coronavirus pandemic and an uneven economic recovery.

But the legislative win sets up a series of challenges for Biden, both in promoting the new deal and at the same time continuing to push for a long-argued-over $1.85 trillion social safety net and climate bill, which would dramatically expand health, family and climate change programs.

The stakes for Biden are clear in his sagging poll numbers.

Priorities USA, a Democratic big-money group, warned in a memo last week that “voters are frustrated, skeptical, and tired — of COVID, of economic hardship, of school closings, of higher prices and stagnant wages, of unaffordable prescription drugs and health care and more.”

“Without results (and effectively communicating those results), voters will punish the party in power,” chairman Guy Cecil said.

While polls broadly suggest Americans support the infrastructure package, some indicate the nation is still not certain what’s in it. About half of adults surveyed in a Pew Research Center poll conducted in September said they favor the infrastructure bill, but a little over a quarter said they weren’t sure about it.

In an effort to correct past messaging mistakes, the White House is planning an aggressive sales campaign for the infrastructure bill, with Biden planning trips across the U.S. to speak about the impacts of the legislation.

He’ll visit a port in Baltimore on Nov. 10 and promises a splashy signing ceremony for the infrastructure bill when legislators are back in town. 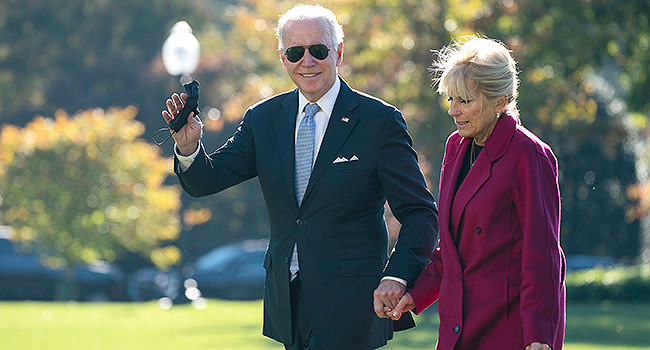 The administration is also deploying the heads of the Transportation, Energy, Interior and Commerce departments, as well as the Environmental Protection Agency administrator and top White House aides to speak about the bill on national and local media and African American and Spanish-language press. And they’re putting out explainers across the departments’ digital platforms to help Americans better understand what’s in the bill.

But even as White House officials speak about what’s in the bill, they’ll also have to ensure the money gets spent. It’s a challenge with which Biden is intimately familiar, having overseen the implementation of the 2009 stimulus as vice president. Then, despite promises to prioritize “shovel-ready projects,” challenges with permitting and other issues led to delays, prompting Obama to joke in 2011 that “shovel-ready was not as shovel-ready as we expected.”

Democrats felt at the time that the party didn’t do enough to remind Americans how they had improved their lives, and ultimately allowed Republicans to frame the election conversation around government overreach. The next year, Democrats faced massive losses in the midterm elections, losing control of the House and a handful of seats in the Senate.

Biden, for his part, says Americans could start to see the effects of the infrastructure bill in as little as two to three months. Transportation Secretary Pete Buttigieg said Nov. 8 that once Biden signs the measure into law, his department will start doling out the first of about $660 billion in federal money, with some projects just waiting for funding, but others, like investments in new electric vehicle chargers, promoting safer streets for bicyclists and pedestrians and efforts to reconnect communities divided by highways, taking longer. In contrast to the 2009 stimulus, Buttigieg said, Biden’s infrastructure bill is “short term, but it’s long term.”

“This is about many, many years ahead, starting now,” he said. “This is how we do right by the next generation.”

While he’s selling the infrastructure bill as evidence that Democrats can deliver, Biden still will have to contend with ongoing dickering on the other big item on his agenda — the social spending bill.

Unlike the infrastructure bill, which passed with the support of 19 Republicans in the Senate, the social spending package is facing unified GOP opposition, which means Biden will need every Democratic vote in the Senate to get it across the finish line. With the party’s moderate and progressive factions squabbling over the details of the final bill, and two centrist holdouts — Sen. Joe Manchin of West Virginia and Sen. Kyrsten Sinema of Arizona — opposed to many key progressive priorities, winning final passage of the second part of his agenda may be a much tougher puzzle to solve.

“Everybody agreed on infrastructure. You can always agree on whether or not to build the roads and the bridges and create the water and sewage that you need and fix your rail and your ports,” said Rep. Jim Clyburn (D-S.C.) on Fox’s “Fox News Sunday.”

“But it’s something else again when you start getting into new stuff,” Clyburn said.