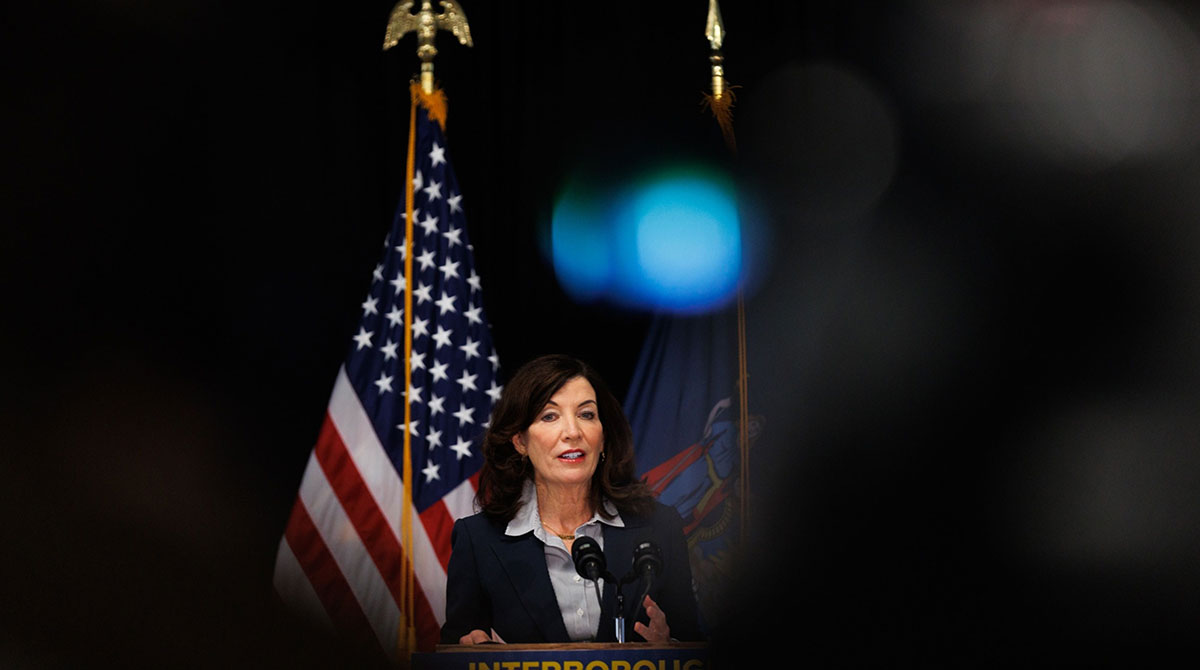 Gov. Hochul speaks at a past event. (Paul Frangipane/Bloomberg News)

Fleet operators and others in New York are being surveyed in a new website launched by Gov. Kathy Hochul to help the state submit a plan by Aug. 1 to gain federal electric vehicle infrastructure funds.

“This new online tool will not only help educate the public on the future of electric vehicle charging, but will give us additional data to plan the next phase of New York’s transportation electric charging network development,” Hochul said June 3 in an announcement on the website.

Under President Joe Biden’s $1.2 trillion Infrastructure Investment and Jobs Act, New York is forecast to receive $175 million over five years to help expand its EV charging network, according to the White House. In addition, New York can apply for $2.5 billion in EV charging grants.

“New Yorkers across the state can play an important role in providing input on where EV chargers should be located as we continue building out infrastructure that makes it easier for more clean vehicles to hit the roads in our communities,” remarked Doreen Harris, president and CEO of the New York State Energy Research and Development Authority.

The state’s new National Electric Vehicle Infrastructure website will enable information to flow from the public to the state and vice versa.

Because New York’s designated EV corridors include many of the state’s most-traveled highways and interstates and state highways, survey respondents are asked to choose up to five locations where there are the greatest needs for additional charging station in its 21 sites currently designated as EV fuel corridors. These include locations on interstates 81, 84, 86, 87, 88, 90, 95, 278, 287, 390, 495, 678 and 684 as well as State Routes 13, 17, 25 and 27.

The state also wants to know what type of payment methods and amenities are preferred for charging stations. The state says all submissions will be considered in the project planning and development. 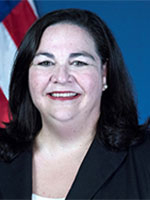 The initial emphasis of the federal NEVI program is to make available publicly accessible Direct Current Fast Charging for passenger EVs at intervals of no more than 50 miles apart within one travel mile of the designated corridors, with an emphasis on interstate highway exits.

New York and other state departments of transportation must submit a State EV Infrastructure Deployment Plan by Aug. 1 to the Federal Highway Administration identifying how federal dollars would be spent. State plans also should explain investment goals and how EV programs will be monitored and evaluated.

FHWA will review and approve state plans by Sept. 30. Then eligible states can spend the federal EV funds.

“Expanding our electrical vehicle capabilities is a key part of my administration’s ongoing efforts to reduce the impact of climate change across New York state,” declared Hochul.

New York’s NEVI plan will be developed by NYSDOT in collaboration with NYSERDA.