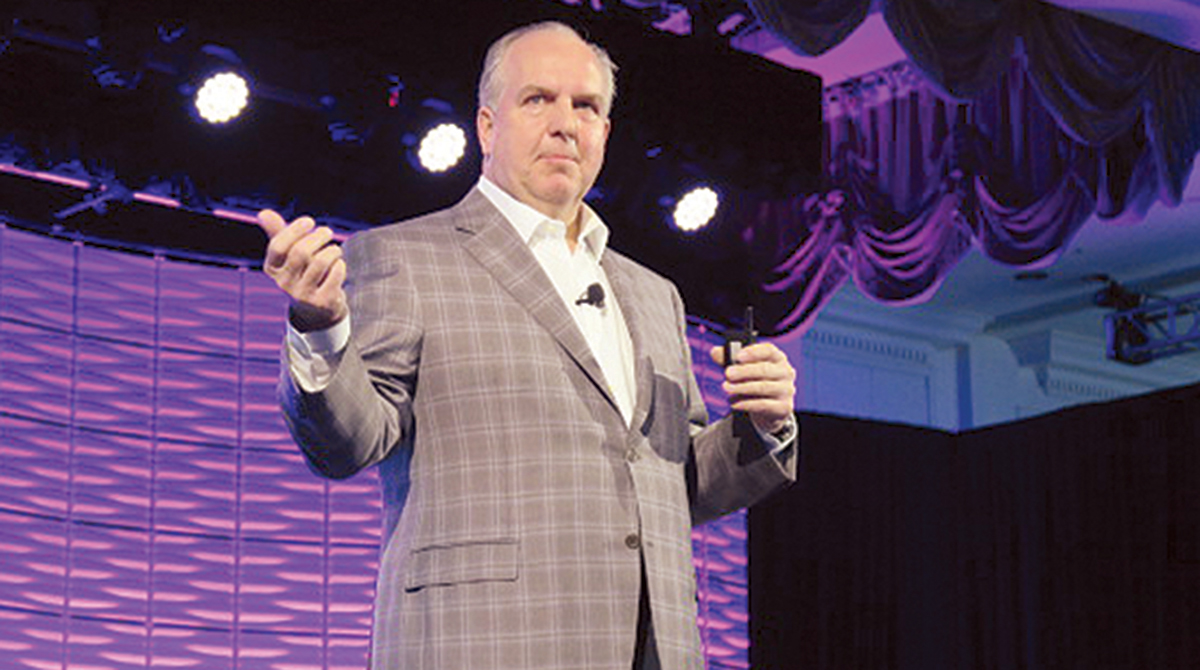 NASHVILLE, Tenn. — Omnitracs’ new CEO said the company will remain open to further acquisitions as it pursues new ways to convert the ever-growing amount of data collected by fleets into deeper business insights.

Ray Greer, who joined Omnitracs in early February, also discussed the trucking technology supplier’s future under its private-equity owner in an exclusive interview with Transport Topics on Feb. 26 during the company’s user conference here.

As Omnitracs charts out its next steps, the  company will consider potential acquisition targets where it makes good business sense, Greer said.

“One of the things I’ll be doing in the first 90 days is a full strategic assessment of the macro trends in the industry, mapping those trends to where our position is, identifying any real strategic gaps and deciding whether to build or to buy,” he said.

Since its spinoff from Qualcomm Inc., Omnitracs has completed acquisitions of Roadnet Technologies, XRS Corp. and Shaw Tracking.

Greer also discussed an eventual sale of Omnitracs by owner Vista Equity Partners, which purchased the business from Qualcomm in November 2013 for $800 million. 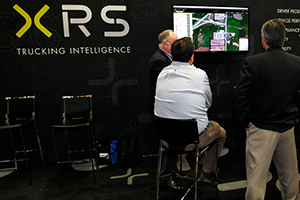 One certainty for a company owned by private equity is that it will be sold, he said. “That’s a given. The question is when and to whom.”

He noted, however, that Vista is committed to further developing the business.

While a traditional investment horizon in private equity might be three to five years, he said the holding period for Omnitracs could be longer considering its opportunity for growth as a result of the federal electronic logging device mandate, a watershed moment in the adoption of technology across the trucking industry.

The proliferation of connected devices under the ELD mandate, which has been in effect since December, will only increase the amount of information collected via onboard technology, Greer said.

“Now that ELDs have been mandated and every cab’s going to have a computer, that data capture is going to accelerate,” he said. “The question becomes, ‘How is that data going to be used to create value for carriers and shippers?’ ”

Greer said the trucking industry will use artificial intelligence and machine learning to better analyze that data and enable more proactive business decisions.

The “holy grail of trucking,” he said, is the efficient matching of supply and demand in the freight market. With better data analytics, fleets would be able to make better decisions when bidding on lanes by considering additional factors such as the expected driver detention time, based on historical data.

“The amount of time spent at an origin or destination getting loaded, and demurrage costs, are going to become more and more visible,” Greer said. “Carriers will start making real decisions to not serve locations based on that information.”

At the same time, shippers will be better informed about which of their warehouses are holding up drivers, enabling them to take corrective action.

Greer said Omnitracs will be able to develop new features and bring them to market more quickly with its Omnitracs One platform, which will merge the company’s software capabilities into a single offering for all fleet types.

“It’ll simplify the testing and rollout environment, and it’ll allow us to redirect more resources to the rollout of new products and services,” he said.

Consolidation in the trucking technology sector in recent years has added complexity to the relationships among some vendors, but Greer said integration partners must continue to work together to support joint customers.

Software provider TMW Systems, for example, is a major integration partner with Omnitracs but is owned by Trimble, which also owns PeopleNet, Omnitracs’ primary rival in the mobile communications market.

“There’s no doubt we’ve got to work with them and support them, just as they need to support us,” Greer said, but added that the companies cannot be fully open with each other. “ ‘Coopetition’ is a fact of life. We have to work with them, but we’ve got to figure how to do it in such a way where we’re not guiding them strategically.”

Greer said Omnitracs will enable fleets to run its applications on various types of hardware, including traditional fixed-mount installations, smartphones and tablets, and on embedded hardware installed by truck manufacturers.

The company also plans to make its latest fixed-mount system, the Intelligent Vehicle Gateway, compatible with the Android operating system, which Greer said is becoming a “de facto standard.”

The company remains committed to supporting its older hardware such as its Mobile Computing Platform, which has been the company’s “workhorse,” Greer said. But he predicted that new software capabilities will accelerate the migration to Android-based systems.

Myth vs. Reality about Video-Based Safety