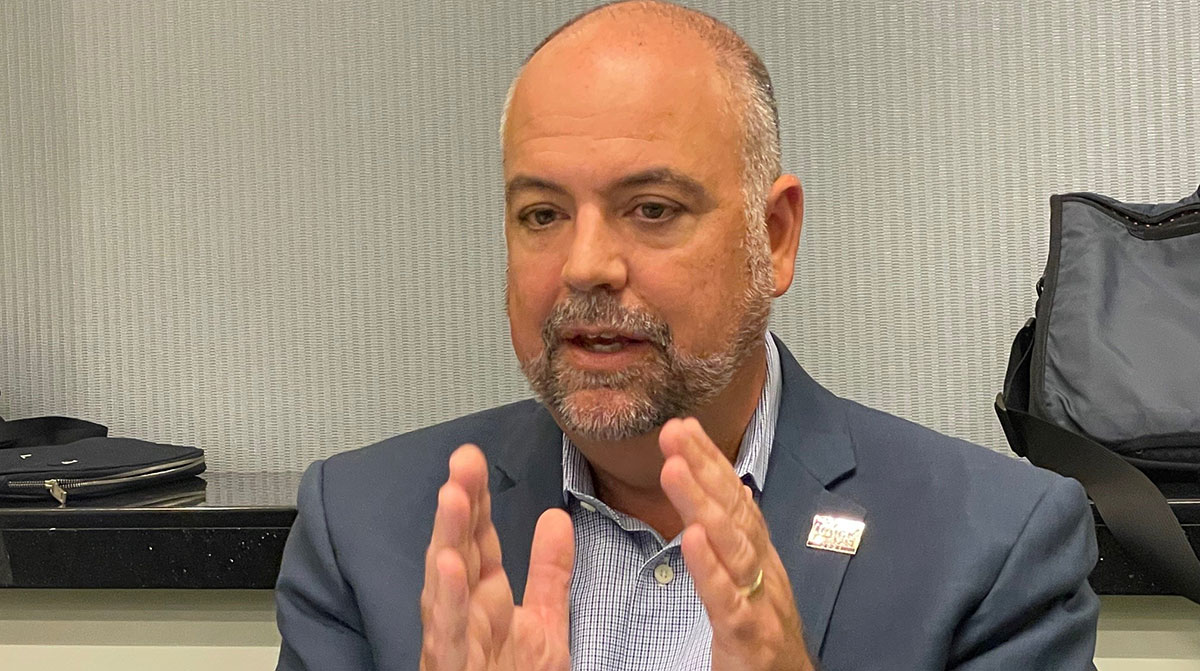 ATA Chief Economist Bob Costello says the industry had made inroads into the driver shortage in 2019, but the pandemic in 2020 and the capacity crunch this year have sent the numbers back up. (Joe Howard/Transport Topics)

NASHVILLE, Tenn. — A collection of factors new and old are combining to create conditions that have driven up the trucking industry’s driver shortage to 80,000, American Trucking Associations Chief Economist Bob Costello said.

“We have some new things that have exacerbated the shortage,” he said Oct. 25 during a meeting with media from the federation’s annual Management Conference & Exhibition, explaining that long-standing issues such as an aging workforce are coalescing around new challenges such as the COVID-19 pandemic.

Specific to the pandemic, he noted that driver training schools have said they’ve trained significantly fewer new candidates. Add that to a workforce with a high average age — and a job in which one must be at least 21 years old to drive across state lines — and the situation is ripe for a worsening driver shortage. 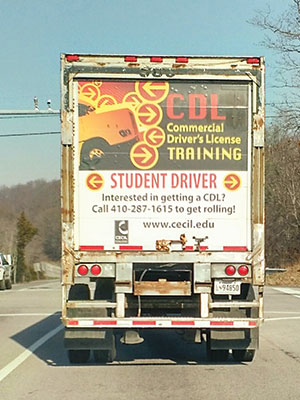 It’s worth noting that Costello said the shortage actually had begun to ease pre-pandemic. “We did make up some of the gap” in 2019, he said, as new entrants were coming into the industry as the freight market softened. But the shutdowns in 2020 and the capacity crunch of 2021 have sent the number back skyward.

Also contributing, he noted, are about 70,000 drivers who are sitting on the sidelines and not completing re-entry protocols after failing drug tests .

“They are not even attempting to come back,” he said, adding that legalized marijuana in more states, “makes the problem larger.”

He also noted that motor carriers sometimes are faced with applicants who may have a CDL but present other problems.

“There is also a quality issue here,” Costello said. “They get applicants, it’s just that they cannot hire the vast majority of them. I still have reporters who say to me, ‘I talked to a person who has a CDL and cannot get a job.’ I say, ask them if they can pass a drug test. What’s their driving record? Those are also important points. So, there is a quality issue here, as well.

There is also a quality issue here. They get applicants, it’s just that they cannot hire the vast majority of them.

Efforts to widen the recruiting base hold promise, he said. Federal legislation that would create a training program for candidates younger than 21 to drive interstate would bring into the industry a group that currently is only permitted to drive commercially intrastate. Costello noted that many young people already have chosen a career path by age 21, so being able to recruit younger candidates for interstate driving could help alleviate the shortage longer term. He also noted that recruiting them to drive intrastate at a young age doesn’t really help fill the pipeline, as driving longhaul is the skill that must be developed, and is one that’s better to learn early.

Costello also said that recruiting more female drivers can help ease the shortage. He noted that women comprise 47% of the workforce but represent less than 8% of the nation’s truck drivers. He said women are about 20%-25% of the driver workforce with fleets that are doing well in this area, and he said those fleets find their female drivers to be reliable and conscientious.

Addressing challenges drivers confront out on the road also can help bring more drivers to the industry, Costello said. For one, reducing detention time when making deliveries.

“Shippers are absolutely part of this solution,” Costello said. “The trucking industry alone cannot solve this. I tell shippers all the time when I speak to them, that, ‘You can help yourself.’ ”

He continued, “If you lower those waiting times to the minimum amount you needed to do, all of the current, existing drivers could haul more freight, which essentially means you increase effective capacity without adding one truck to the road. I think that is absolutely part of the solution.”