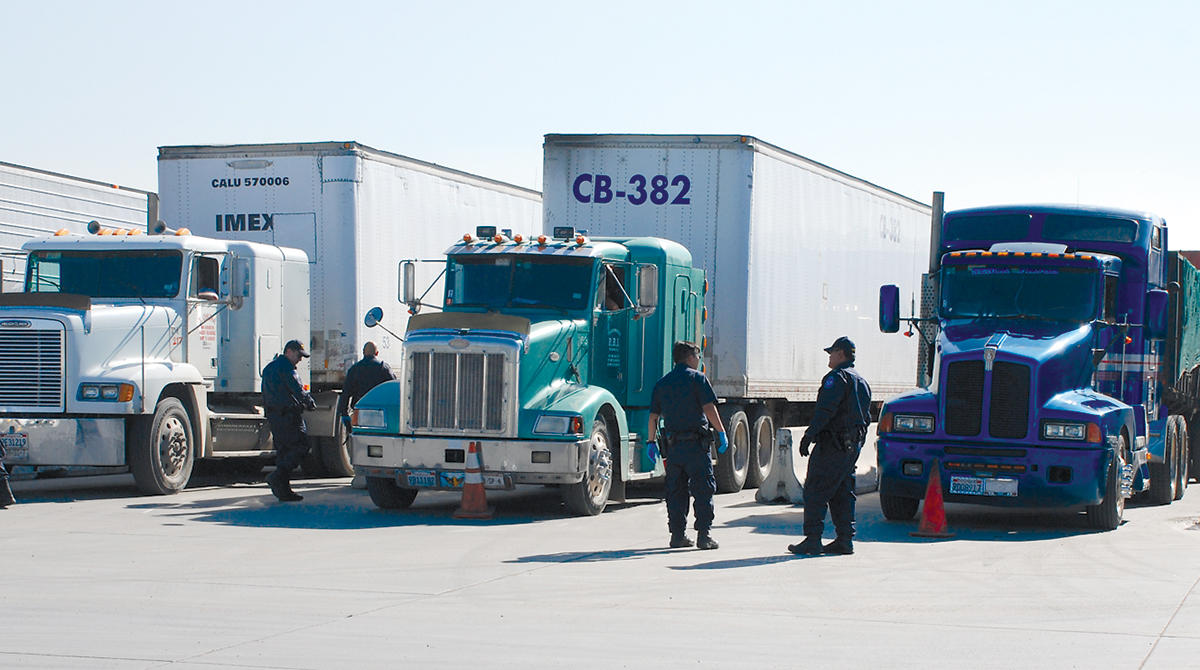 The latest round of trade talks in Mexico City generated a lot of talk but little progress toward completing an overhaul of the 23-year-old North American Free Trade Agreement by the end of March, according to Bob Costello, chief economist for American Trucking Associations.

Costello was in Mexico City to meet with trade officials and counterparts from Mexico and Canada and to monitor negotiations among trade representatives from the United States, Canada and Mexico.

“I’m more pessimistic about a deal getting done by then,” Costello said in an interview with Transport Topics on Nov. 21.

While some progress has been made on digital trade and other issues, such as government procurement practices, U.S. proposals aimed at forcing companies to manufacture more goods domestically is meeting stiff resistance from Mexico and Canada.

U.S. Trade Representative Robert Ligththizer said the administration’s goals are to update NAFTA to reflect 21st-century standards and to rebalance the benefits of the deal.

“The objectives include increased market access for agriculture, new transparency and administrative measures, expanded investment and intellectual property [rights] and [updated] chapters on competition and small- and medium-sized enterprises,” Lighthizer said in a statement released at the start of the latest round of negotiations from Nov. 17 to Nov. 21.

Costello said the United States could announce that it intends to withdraw from NAFTA, but if it does, then representatives of Canada and Mexico have said that they will walk away from the negotiations.

For the first time since talks began in August, U.S. trade representatives have proposed language that could limit the ability of Mexican trucking companies and drivers to operate beyond border zones if they are found to be causing “material harm” to U.S. suppliers, truck operators and drivers.

Costello said the proposed language is vague, and while it would not immediately alter current rules that apply to Mexican fleets, it is unnecessary from the standpoint of safety because Mexican trucks and drivers must abide by all U.S. safety regulations.

“We have informed U.S. negotiators that we do not like this language,” Costello said. “There is zero evidence that Mexican trucks are unsafe [and more restrictions] could harm U.S. carriers that own Mexican fleets.”

According to the U.S. Department of Transportation, 38 Mexican-domiciled motor carriers have authority to operate in the United States as of Nov. 13. Those fleets operate a total of 382 trucks and have 464 qualified drivers.

Costello said a proposal from the Mexican side to create a transportation committee made up representatives of government and business to implement any new provisions in a revised trade agreement “is a good idea.”

He previously has suggested that allowing Mexican customs brokers to combine freight from different shippers in one trailer could expedite border crossings.

The next round of formal talks is scheduled to take place in Montreal in January. Informal meetings also are planned for Dec. 11 in Washington.