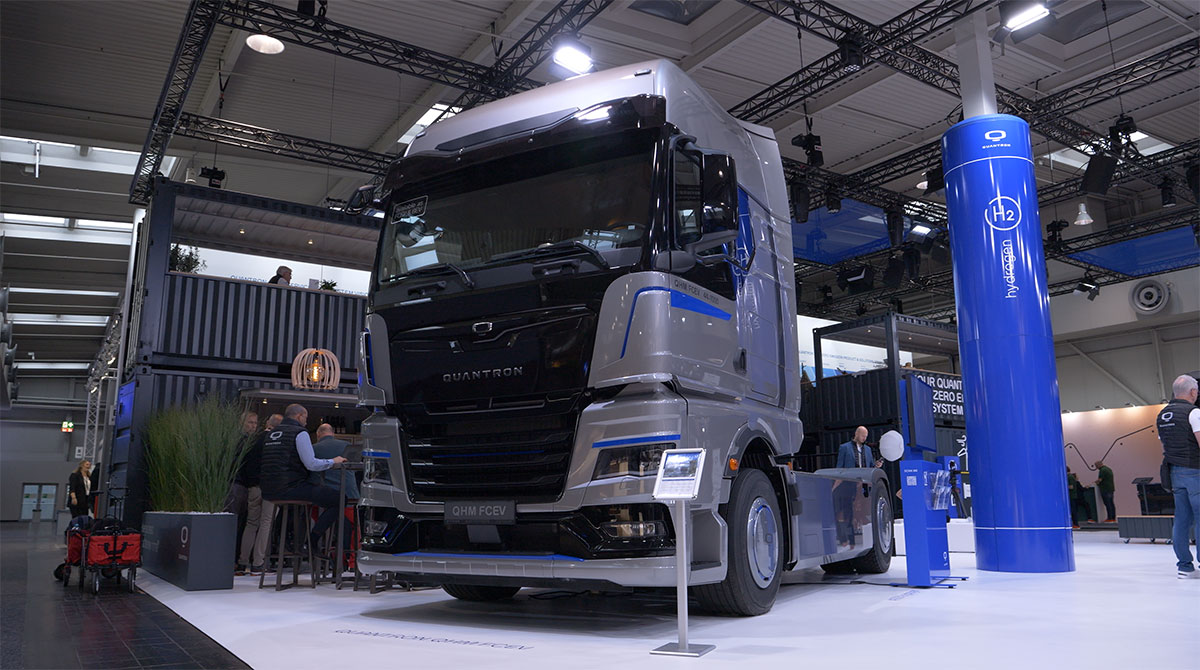 The U.S. Department of Energy, the private sector and a new national nonprofit have stepped up their respective efforts recently to bring hydrogen forward as a mainstream fuel for trucking, among other industrial uses.

The fuel cell modules are expected to be delivered in 2023 and 2024, according to Quantron, which has an option for an additional 50 units.

The Quantron fuel cell electric vehicle system developed by Ballard Power is the first heavy-duty truck-specific system in 43 years of Ballard history, according to the companies. Ballard has made a minority equity investment in Quantron AG as part of Quantron’s financing round of up to 50 million euros ($48 million).

Quantron unveiled its truck at the recent IAA Transportation 2022 conference. The company noted it will integrate Ballard fuel cell products for various truck applications in Europe and the U.S., with the first sales coming in Germany. 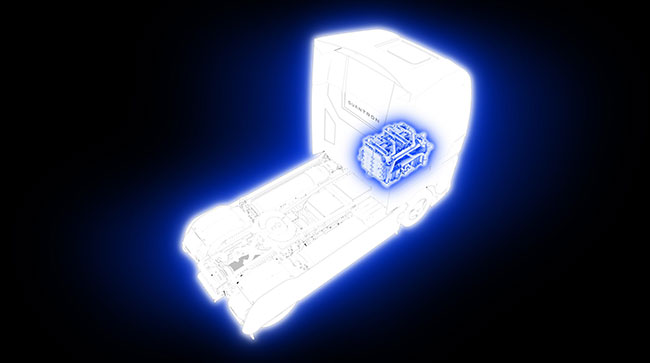 Fuel cells, for now, will add initial cost compared with the traditional diesel engines they replace, a Ballard executive noted.

“As an industry, not just Ballard, we have a really good line of sight on cost reduction. Yes, today fuel cells are more expensive, but the industry is on a path to drive costs down fundamentally,” Ballard’s Nicolas Pocard, vice president of marketing and strategic partnerships, said in an online interview. “When you look at the bill of material, there is no reason why a fuel cell should be more expensive than a diesel engine whenever we make it at scale. I think that’s a very important part of it. We’re not depending on a lot of commodities and raw materials which can fluctuate. It’s all about product design and performance manufacturing, and the industry knows how to do that well.”

“Our nation’s trucking network is key to the movement of goods, and so any strategy to synchronize the rollout of heavy-duty fuel cell electric trucks with hydrogen fueling infrastructure must be national in scope,” Jerome Gregeois, past chair of HFCP and director of commercial vehicles development at Hyundai, said in a release. “We intend to take our culture of collaboration between industry and government to enable regions across the U.S. to plan and cooperate with other regions.”

In other news, the U.S. Department of Energy recently released draft guidance for a Clean Hydrogen Production Standard (CHPS) as it prepares to create and strengthen technologically and economically feasible production, processing, delivery, storage, and use of clean hydrogen from diverse fuel sources.

CHPS is not a regulatory standard, noted DOE, which may not necessarily require future funded activities to achieve the standard.

“However, hydrogen hubs funded in support of the bipartisan infrastructure law will be required to demonstrably aid achievement of the CHPS by mitigating emissions across the supply chain to the greatest extent possible (e.g., by employing high rates of carbon capture, using low-carbon electricity, or mitigating upstream methane emissions),” according to DOE.

It noted this is consistent with the Inflation Reduction Act’s definition of “qualified clean hydrogen.”

This target is also likely achievable by facilities that achieve the bipartisan infrastructure law’s definition of “clean hydrogen” as less than 2 kgCO2e/kgH2 at the site of production, and potentially have some additional emissions from upstream and/or downstream processes.

DOE seeks stakeholder comment on its proposal to implement CHPS. Comments are due by Oct. 20, and can be emailed to Cleanh2standard@ee.doe.gov.

Mining Companies Team Up to Wean Themselves Off Diesel Trucks