Mnuchin Says Payroll Tax Holiday Not in Next Stimulus Bill 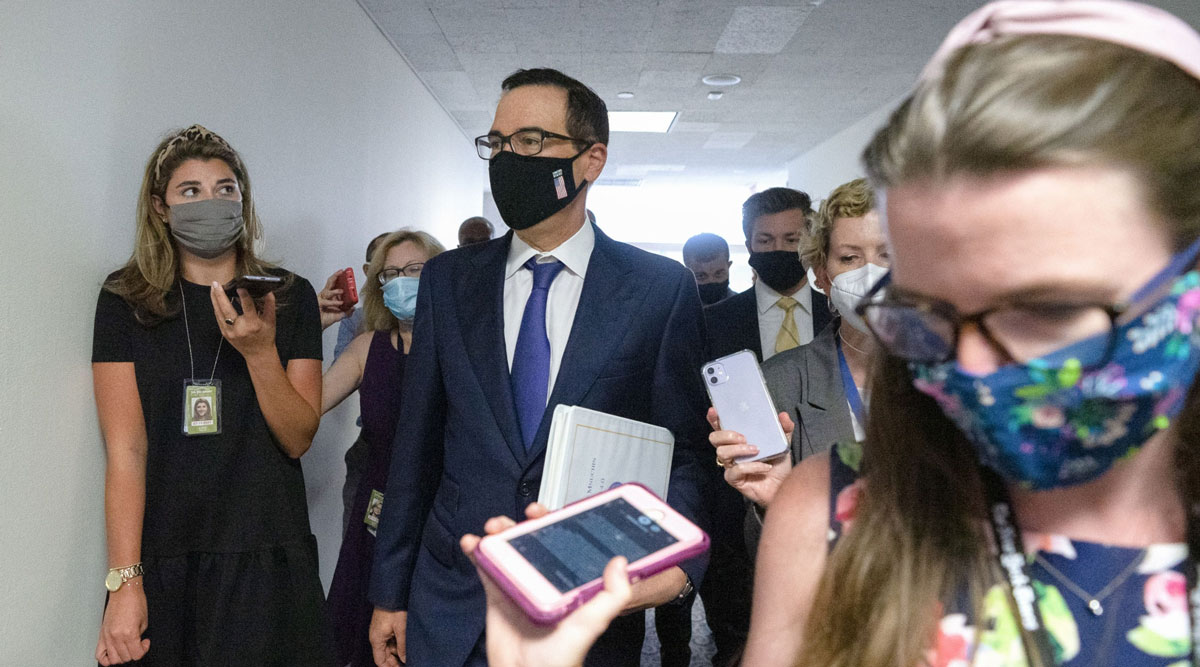 A payroll tax holiday sought by President Donald Trump won’t be in the next stimulus package, but may be in follow-up virus relief legislation, Treasury Secretary Steven Mnuchin said.

His comments mark an about-face by the administration. Earlier this week, Trump had said he would reject any stimulus legislation if it didn’t include the tax holiday.

“I would consider not signing it if we don’t have a payroll tax cut,” Trump told Fox News in an interview that aired July 19.

In dropping the idea, the administration is acknowledging the idea has little support in Congress. Senate Republicans had been mostly dismissive and Democrats in both chambers opposed another broad-based tax cut. The next chance for another stimulus bill could come in late September when Congress and Trump will need to agree on a spending bill to avert an Oct. 1 government shutdown.

Resolving the payroll tax dispute clears a major hurdle for the Senate GOP increasing the chances that Majority Leader Mitch McConnell can release a plan as soon as July 23. The release of the plan would be the first step in talks with Democrats for the next stimulus.

The introduction is set to take the shape of a collection of bills that would represent the Republican counteroffer to the $3.5 trillion plan that Democrats passed in the House.

McConnell is aiming for the bills to total $1 trillion in spending. He and administration officials have struggled to reconcile differences among Republicans on the size and scope of additional stimulus to follow up the $2.9 trillion flood of federal money approved previously that’s been supporting the economy through the coronavirus pandemic.

Trump has not given up on the idea, according to top White House economic adviser Larry Kudlow.

“The president still supports a payroll tax cut — a payroll tax holiday,” Kudlow said July 23 on Fox Business, calling it “an inducement to come back to work.”