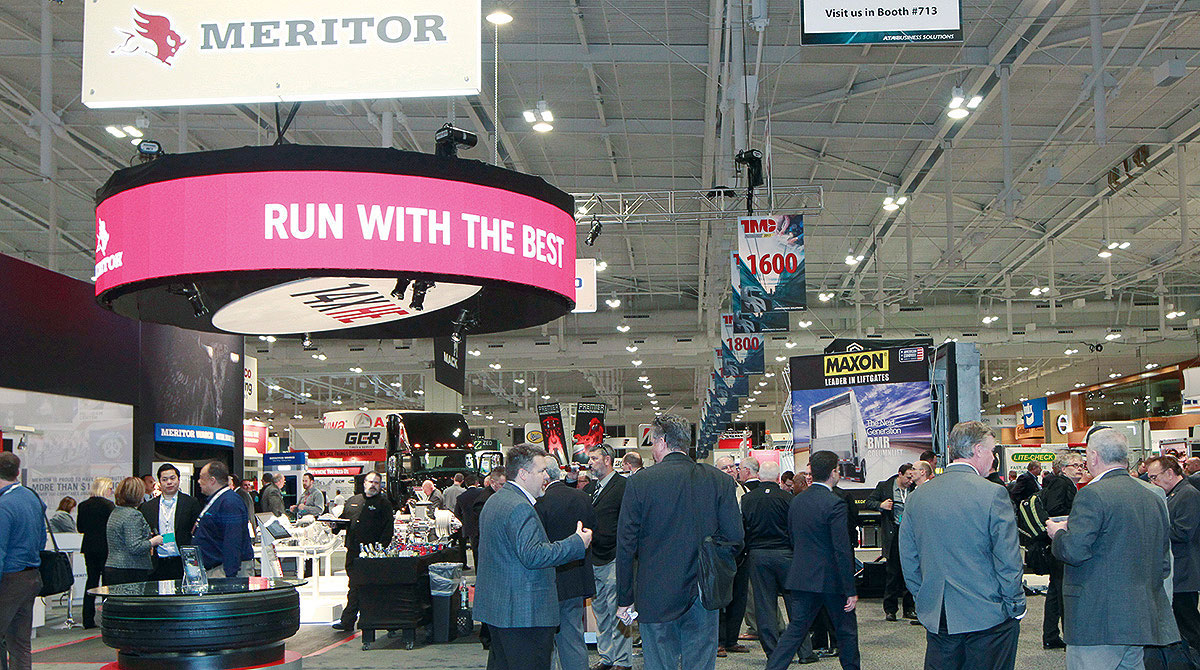 The company once again delivered solid financial performance, Meritor CEO Chris Villavarayan said during the earnings call. “I want to thank the Meritor team and supply partners for working closely with our customers to optimize production and delivery.”

Meritor’s delivery rate was 96% this fiscal year compared with its typical 99% annual rate. “We view this as an accomplishment, considering the prolonged supply and labor disruption the industry is experiencing,” Villavarayan said.

“The increase in net income year-over-year was driven primarily by higher sales volumes and lower tax expense including a net tax benefit from certain tax initiatives, partially offset by higher freight and steel costs,” the company noted in its earnings release.

Revenue increased to $945 million, up 24.6% compared with $758 million a year earlier, the Troy, Mich.-based company reported, citing higher truck production in all global markets, and offset by $45 million in intersegment sales.

“Sales in commercial truck were $740 million, up over 30% year-over-year,” said Meritor Chief Financial Officer Carl Anderson during the call. “A year ago at this time, we were just starting to recover from pandemic-related shutdowns.”

Adjusted earnings before interest, taxes, depreciation and amortization (EBITDA) for the commercial truck segment was $54 million, up $30 million from last year. Segment adjusted EBITDA margin rose to 7.3%, an increase of 300 basis points from a year ago, he said.

Aftermarket and industrial sales were $250 million in the fourth quarter of fiscal year 2021, an increase of 11% compared with the prior year, Anderson said.

The majority of that was driven by higher order activity in its North America aftermarket business. Segment adjusted EBITDA was flat year-over-year. However, margins were impacted by higher freight costs resulting in 140 basis points decrease.

“As the commercial vehicle industry advances toward electric vehicles, we view every prototype agreement, collaboration and partnership as an important opportunity,” Villavarayan said. “Each one is a validation of our technology solution that could lead to a production contract as customers finalize their market strategies and architecture choices. Every quarter this year, we announced new agreements to expand our customer base for electrification. This quarter is no exception.” 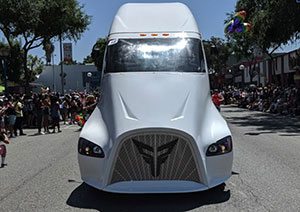 Meritor signed a prototype agreement with Xos.  (Xos via YouTube)

Meritor signed a prototype agreement with Los Angeles-based electric truck maker Xos Inc., which designs and manufactures medium- and heavy-duty commercial trucks that travel on last-mile back to base routes of less than 200 miles per day. Xos will evaluate and test Meritor’s ePowertrain with the intention of taking it to production in future platforms, according to Meritor.

In Europe, it is working with Electra Commercial Vehicles, which converts various manufacturers’ chassis, to integrate Meritor’s electric powertrain into an Iveco-based road sweeper application.

The company reported it had $500 million in “wins” in the vehicle electrification business.

Meritor reported the decrease in net income year-over-year was driven “primarily by income, net of tax, associated with the termination of the company’s distribution arrangement with Wabco Holdings Inc. in fiscal 2020 and higher freight, steel and electrification costs in fiscal year 2021, partially offset by conversion on higher revenue.”

Meritor announced the distribution agreement between the company and a subsidiary of Wabco Holdings Inc. was terminated effective March 13, 2020.

Meritor was paid $265 million in connection with the termination of the agreement.

In 2017, Wabco agreed to a buyout of Meritor’s stake in their joint venture Meritor Wabco. That deal ended a 27-year, 50-50 partnership but allowed Meritor to continue to provide sales, service and training to Meritor Wabco customers for two years.

Meritor is a global supplier of drivetrain, mobility, braking, aftermarket and electric powertrain solutions for commercial vehicle and industrial markets.