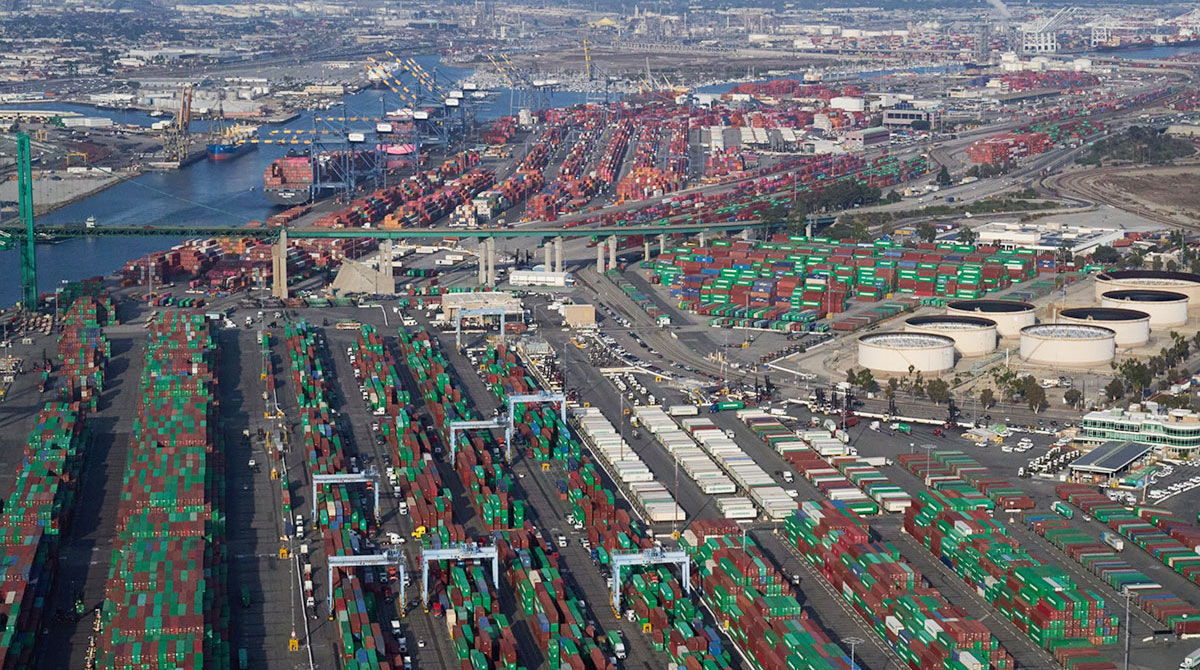 The U.S. merchandise-trade deficit unexpectedly widened in December to a fresh record as imports continued to rise, outpacing shipments overseas.

The gap increased to $101 billion last month from a revised $98 billion in November, according to Commerce Department data released Jan. 26. The figure exceeded all estimates in a Bloomberg survey of economists, and the data isn’t adjusted for inflation.

The goods-trade shortfall reached new records in 2021, consistent with solid consumer demand and business investment. U.S. importers are struggling to meet demand as inventories remain lean and supply chains are strained to move unprecedented amounts of cargo. That’s also making it difficult for exporters to ship goods out of the country.

The value of imports increased 2% to a fresh high of $258.3 billion, led by a record value of consumer goods. Capital equipment and motor vehicles imports also picked up. Exports advanced to $157.3 billion.

“Trade flows will likely continue to be impacted by pandemic-related disruptions in the near-term,” Rubeela Farooqi, chief U.S. economist at High Frequency Economics, said in a note. “But imports and exports should eventually rebalance as these effects diminish and global economies come back online more completely.”

The Commerce Department’s report also showed U.S. wholesale stockpiles increased 2.1%, while retail inventories surged a record 4.4%. These figures will be used by economists to tweak their estimates for fourth-quarter gross domestic product, which is due Jan 27.

A more complete trade picture for December that includes the balance on the services account will be released in the department’s final report due Feb. 8.