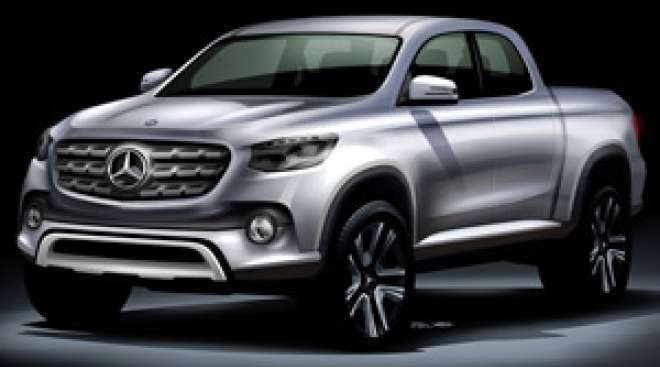 Mercedes-Benz plans to enter the pickup segment in coming years, underscoring a push by manufacturers of upscale vehicles to invade territories traditionally dominated by mass-market competitors.

Mercedes will introduce a mid-size pickup truck by the end of the decade, focusing sales on Europe, Latin America, Australia and South Africa, the division of Stuttgart, Germany-based Daimler AG said March 27 in a statement.

“The Mercedes-Benz will contribute nicely to our global growth targets” as the vehicles are increasingly being put to personal use rather than just commercially, Daimler Chief Executive Dieter Zetsche said in the statement.

Germany’s luxury-car makers, which have built their reputations on refined sedans, have been pushing into vehicle segments that would previously have been hard to imagine as they compete for volume. Mercedes, the world’s third-largest premium-car manufacturer, plans to overtake Volkswagen AG’s Audi marque and market leader BMW AG in sales by the end of the decade.

The race for the lead has prompted Ingolstadt-based Audi to roll out the A1 subcompact hatchback and Munich-based BMW to add a van-like wagon that can seat up to seven. After sport-utility vehicles became popular years ago, the addition of a pickup would open a new front in the battle for the No. 1 spot in deliveries.

The Mercedes pickup will be smaller than full-sized models that competitors offer in the U.S., where the segment is dominated by Ford Motor Co.’s bestselling F-150 and General Motors Co.’s Silverado. The German company’s vehicle, which will have about 1 metric ton of payload capacity, will be built by its commercial-van division.

Mercedes to Build Its Own EV Charging Network