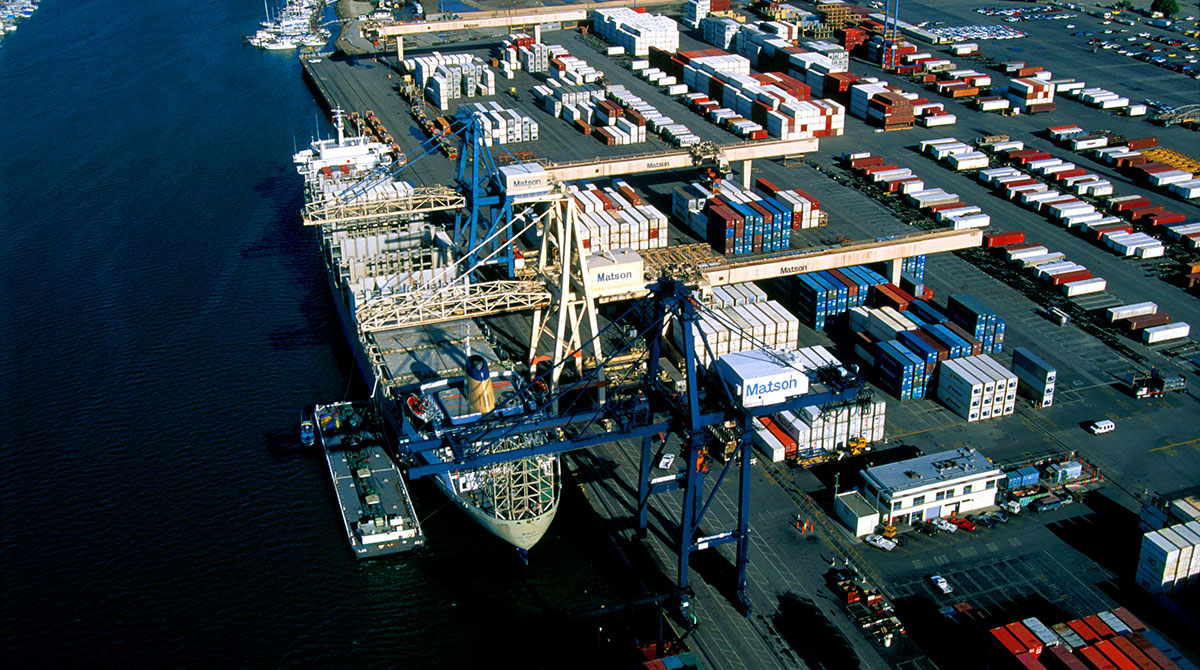 Hawaii’s largest ocean cargo transportation firm continued to capitalize on expanded service from China to the mainland and nearly doubled its third-quarter profit.

Matson Inc. said in a financial report released Nov. 3 that it earned $70.9 million in the July-September period, up 96% from a $36.2 million profit in the same period last year.

The Honolulu-based company said the primary reason for the surge was continuation of a move it made in the second quarter to more than double service from China by chartering several containerships in response to strong customer demand for personal protective equipment, cleaning products, home improvement supplies, electronics for working from home and many e-commerce goods.

Matt Cox, Matson chairman and CEO, said it is estimated that at least four to six years’ worth of growth for e-commerce sales is occurring this year and raising demand for shipping.

“Since the start of the pandemic in the U.S. in early March, there’s been a seismic shift in e-commerce activity, and we expect the key drivers behind the shift to remain for some time,” he said on a conference call with stock analysts.

Cox also said travel and leisure spending by consumers has largely been replaced by spending on home appliances and electronics that benefit Matson’s business.

“Demand for key household items such as dishwashers, refrigerators, washers and dryers has been so strong since the pandemic hit (that) there are key shortages in many models, and those shortages are expected to last into 2021,” he said.

Matson said its enlarged China service is operating at full capacity and carried 125% more containers in the recent quarter compared with a year earlier before expansion.

To make better use of its ships returning to China from California after delivering goods, Matson in August began stopping in Dutch Harbor, Alaska, to deliver seafood to Asia as a new “backhaul” business.

The company also said average freight rates are up for its China service in the face of reduced trans-Pacific air cargo service by passenger airlines dealing with travel bans and fewer travelers.

For its Hawaii cargo service, Matson reported only a slight decline in container volume in the third quarter compared with a year earlier — a 0.8% decrease it said was primarily related to statewide COVID-19 mitigation efforts, including restrictions on tourism and a second shelter-in-place order that took effect in August while consumers continued essential spending supported in part by government aid.

In two other major markets served by Matson, Alaska and Guam, container volume in the third quarter rose 1.5% and 2.1%, respectively, compared with a year earlier.

Cox said Matson, which has served China for 15 years, aims to make its expanded service permanent. He said the company is investing $30 million in equipment as part of this goal.