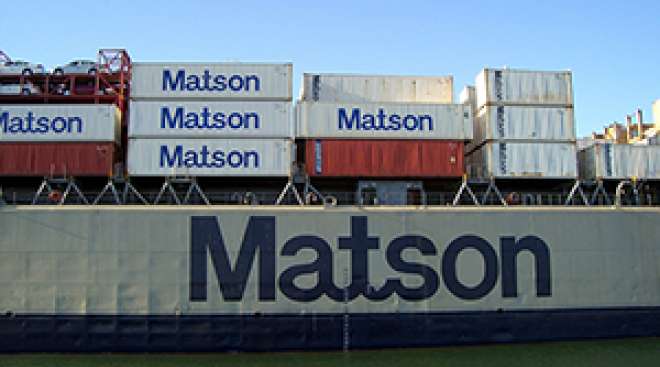 Ocean cargo transportation firm Matson Inc. plans to expand its operations in Alaska with a nearly $200 million purchase of a company that consolidates freight for shipping.

The purchase, which Matson is financing using debt, is expected to be completed between July and September.

Span Alaska handles more than 200 million pounds of freight annually and is Matson’s largest customer for goods sent to Alaska.

Span Alaska was founded in 1978 and largely focuses on taking relatively small customer shipments and combining them to fill whole shipping containers in what is known as the less-than-container-load freight consolidation and forwarding business. The company, which has more than 125 employees, operates from six terminals in Alaska. It also serves Hawaii and Puerto Rico, operates a trucking service and delivers freight between Seattle and Southeast Alaska via barge.

No employee reductions are expected, and Span Alaska will continue to be led by its existing management team while operating under the same name independent of Matson’s ocean transportation operations, Matson said.

“The acquisition of Span Alaska underscores Matson’s long-term commitment to Alaska and our mission to move freight better than anyone,” Matt Cox, Matson president and CEO, said in a statement.

“This is a highly compelling transaction,” he added in a conference call with stock market analysts. “It further solidifies our position in Alaska.”

Matson entered the Alaska market in mid-2015 when it paid $469 million to acquire the part of Horizon Lines Inc. that served the state with ocean cargo transportation operations between Tacoma, Wash., and the Alaska ports of Anchorage, Kodiak and Dutch Harbor.