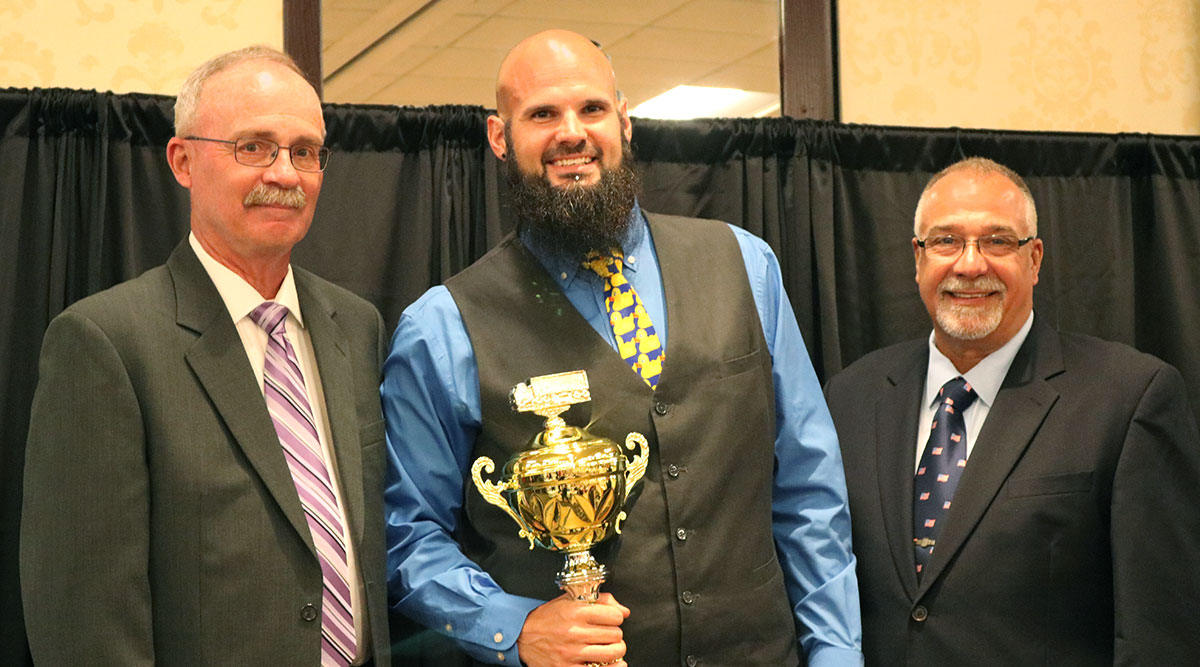 YORK, Pa. — Bryan Krol got his start in trucking by working in a warehouse. As a young man, Krol worked alongside his father-in-law in Kent, Wash. “This is a job, don’t make it a career,” Krol’s father-in-law told him.

As a proud father of three, Krol, 36, supports his family, delivering truckloads of food to McDonald’s and Chick-fil-A locations in Delaware, Pennsylvania and New Jersey. “They are my biggest support,” he said.

This will be Krol’s third time at nationals. The first time was in 2016, shortly after his wife, Amber, gave birth to premature twins. “[The competition] got my mind off of things,” Krol said.

In 2017 he fell short of a title, but in 2018 he and his wife welcomed their third child, and with that came a second state win.

He considers himself lucky that he won this year. “I did it without having another kid,” he said.

Krol said Amber was his high school sweetheart and together they make a winning team. “She helps me prepare,” Krol said. “She quizzes me on test questions, she is amazing.” They have three girls, 3-year-old twins Bridget and Emily, and their 18-month-old, RaeLynn.

Since starting with Martin-Brower 13 years ago, Krol has become more invested in competitive driving. He has competed at local and national internal truck driving competitions, often with his good friend and colleague Matthew Fletcher. “When we walk into [the Martin-Brower] competition they say, ‘Aww jeez, here they are again,’ ” Krol said. 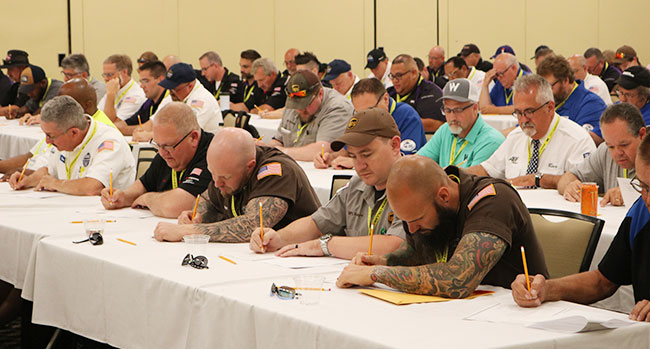 Luckily for Krol, Fletcher also performed well at the competition, coming in first in the 4-Axle division to join him in advancing to nationals. “Fletcher has always been by my side,” he said.

They plan to practice together for nationals. According to Krol, they will start about five weeks prior to the competition, setting up course problems and practicing on their off days for up to five hours at a time. “[Trucking company] R.H. Crawford will help us with defects,” he said. “They are a great mom-and-pop place.”

Krol isn’t the only one going for gold this year at nationals. Pennsylvania competition veteran Bob Dolan is a strong candidate for a national title this year. The XPO Logistics driver has been dominating since he started competing in 1988, where he picked up his first titles: Rookie of the Year and Grand Champion.

“Thirteen, fourteen, maybe fifteen? I’m not sure, it’s in the teens,” said Dolan, trying to recall how many times he has gone to nationals. Dolan has won five classifications, competing in Straight Truck and Flatbed. “This competition is a fantastic way to keep up to date with safety and continue to hone your skills,” he said.

His score this year was the highest of anyone competing, but the scoring algorithm gave Krol the Grand Champion crown and Dolan had to settle for a first-place win in Straight Truck. 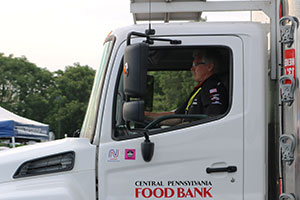 Dolan attributes his success to preparation. “It’s not one specific thing I practice, but I focus a lot on basics,” he said. Dolan likes to line up his notes in bullet points, a method he has used for years. “Now [making it to nationals] you don’t change your routine, you have to keep on doing what is working,” he said.

Over the years Dolan has made several good friends in the competition circuit. He has kept in touch with a group that includes four other drivers since 1990, all of them looking forward to their “annual reunion” at nationals, as Dolan calls it.

Dolan had difficulties with the pre-trip inspection here, as did Krol and many others. “Pre-trip was definitely the hardest part,” Krol said. The average score was around 37 out of 100 possible points. “I hope [my pre-trip] was above average,” Dolan said. “But I wasn’t the only one who struggled.”

Both will be putting in the hours before their home state hosts nationals Aug. 14-17 in Pittsburgh. Krol is looking forward to getting out there a couple of days early so his family can enjoy the time together, as time off for a driver can be hard to come by. “They always come with me to nationals,” he said.