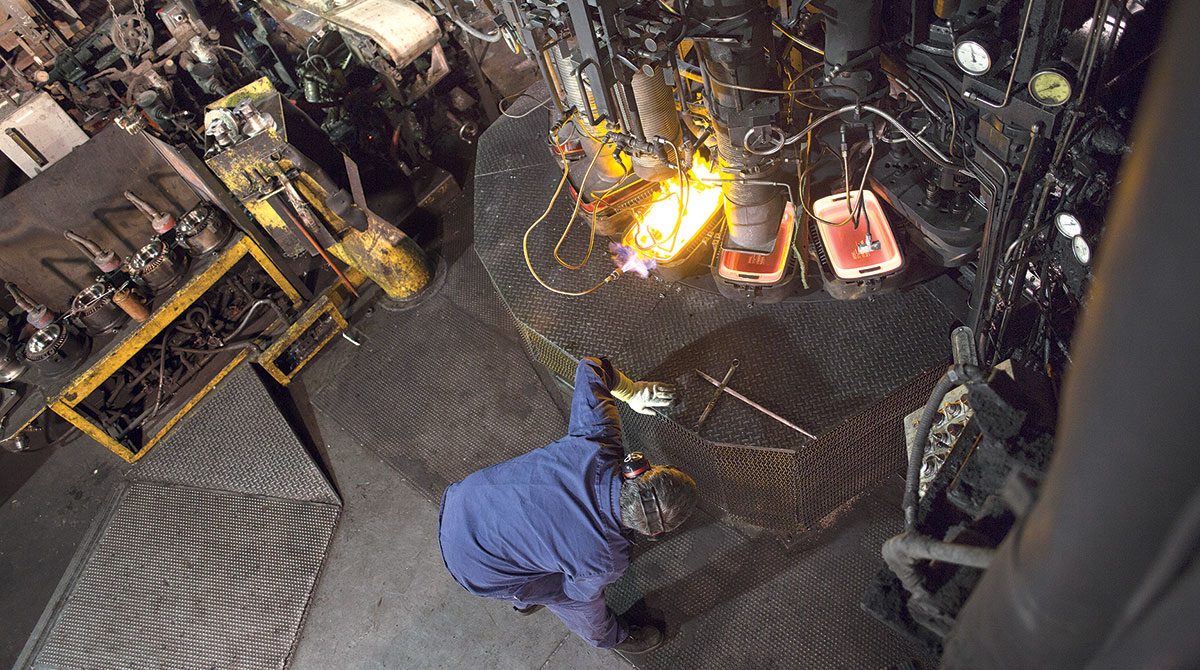 American factories powered up in June at the fastest pace in nearly three years with robust advances in production, orders and employment that indicate a firming in the economy, data from the Institute for Supply Management showed July 3.

• Measure of production picked up, while employment gauge climbed to the second-highest level since 2011.

Faster growth in orders and production in the final month of the quarter indicates solid demand that, together with rising exports, shows manufacturing is on solid footing. The ISM’s pulse of employment in the industry also indicates the government’s measure of factory payrolls, released as part of the Labor Department’s jobs report on Friday, will rebound in June after declining a month earlier.

The expansion was broad-based, with 15 of 18 industries surveyed by the purchasing managers’ group posting growth in June. They included machinery, transportation equipment, computer and electronic products, and petroleum and coal products. The three reporting contractions were apparel, textile mills and primary metals.

The 2.9-point monthly gain in the ISM index, which was the largest jump since early 2013, is also notable as it comes amid fading expectations that the government will deliver a fiscal boost, via tax reform and infrastructure spending, in the near future.

“Everything was strong,” Timothy Fiore, chairman of the ISM factory survey committee, said on a conference call. Unless supply-chain constraints arise, “there’s really no reason” why the robust pace of manufacturing can’t continue, he said. At the same time, manufacturers are awaiting more clarity on potential policy changes such as taxes, regulations and tariffs on imported materials including steel, Fiore said.

• A gauge of supplier delivery times advanced to 57, the highest since December 2014, from 53.1, indicating deliveries are taking longer.

Manufacturing Growth in US Eases as Supply Chain Issues Linger