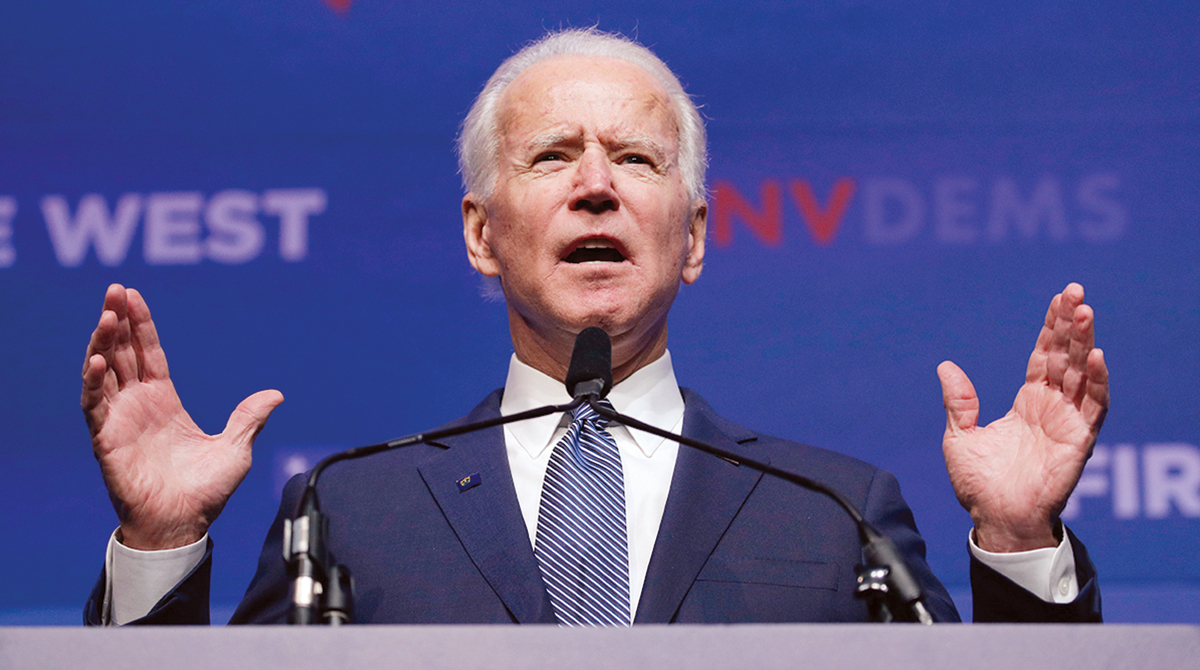 Leaders at the National Association of Manufacturers argued the incoming administration would be better prepared to address concerns regarding the economy, national security and the distribution of COVID-19 vaccines via a collaborative process between President Donald Trump’s outgoing team and President-elect Joe Biden’s incoming personnel.

NAM insisted industry stakeholders remain focused on avoiding disruptions to the freight supply chain during the coronavirus pandemic. Over the years, the group has urged policymakers to dedicate greater funding to build and repair transportation mobility grids, and expand access to broadband.

As of Transport Topics’ publishing deadline, the General Services Administration had yet to formally issue a procedural ascertainment regarding the winner of the presidential contest. Lacking such administrative formality from the agency limits Biden’s access to certain data and personnel in the current administration.

“It’s imperative that our nation has a president and advisers who are fully prepared to lead our nation on Inauguration Day [Jan. 20] given the magnitude of the challenges ahead and the threats to our economic and national security, and most importantly, to the public health. It is highly appropriate that the Trump administration allow key individuals from the Biden team to access critical government personnel and information now,” Jay Timmons, CEO of NAM, said on Nov. 18 in a joint statement with Trane Technologies CEO and NAM board Chairman Mike Lamach, Dow CEO and NAM board Vice Chairman Jim Fitterling, BTE Technologies President and NAM Small and Medium Manufacturers Chairman Chuck Wetherington and Protolabs CEO and NAM Small and Medium Manufacturers Vice Chairwoman Vicki Holt.

“To ensure manufacturers can continue to work seamlessly with the federal government — no matter who is president on Jan. 20 — we call on the administrator of the General Services Administration to sign the letter of ascertainment immediately so that this consistent process in American democracy can begin and the exchange of critical information can commence,” the NAM executives added.

The Biden-Harris transition team has kicked off mapping out its policy agenda. On transportation and infrastructure affairs, its transportation advisory group intends to craft a plan that would facilitate a shift from traditional infrastructure planning to a climate change-centric approach to connectivity and sustainability.

Manufacturers call on the GSA to sign letter of ascertainment. #CreatorsRespondhttps://t.co/Wy4UHhWcTD

Meanwhile, during the post-election lame duck session of Congress, Pelosi and Senate Majority Leader Mitch McConnell (R-Ky.) have not ruled out approving a new round of COVID-19 emergency aid.

On Nov. 18, the Speaker told reporters, “At least now with the prospect — the promise of a vaccine — [Republicans] might want to implement some of the things that take us down that path.”

McConnell, critical of the House-passed multitrillion dollar package, recently affirmed, “Republicans stand ready to deliver this urgent aid. Let’s fund all the programs where there is not even real disagreement. Let’s do it now.”

He added: “We just need Democrats to finally get serious about this.”

Last month, a Republican-led measure that would have provided more than $500 billion for certain sectors did not advance in the Senate. The Republican-led Senate also has not scheduled consideration of a $2 trillion House-passed package.