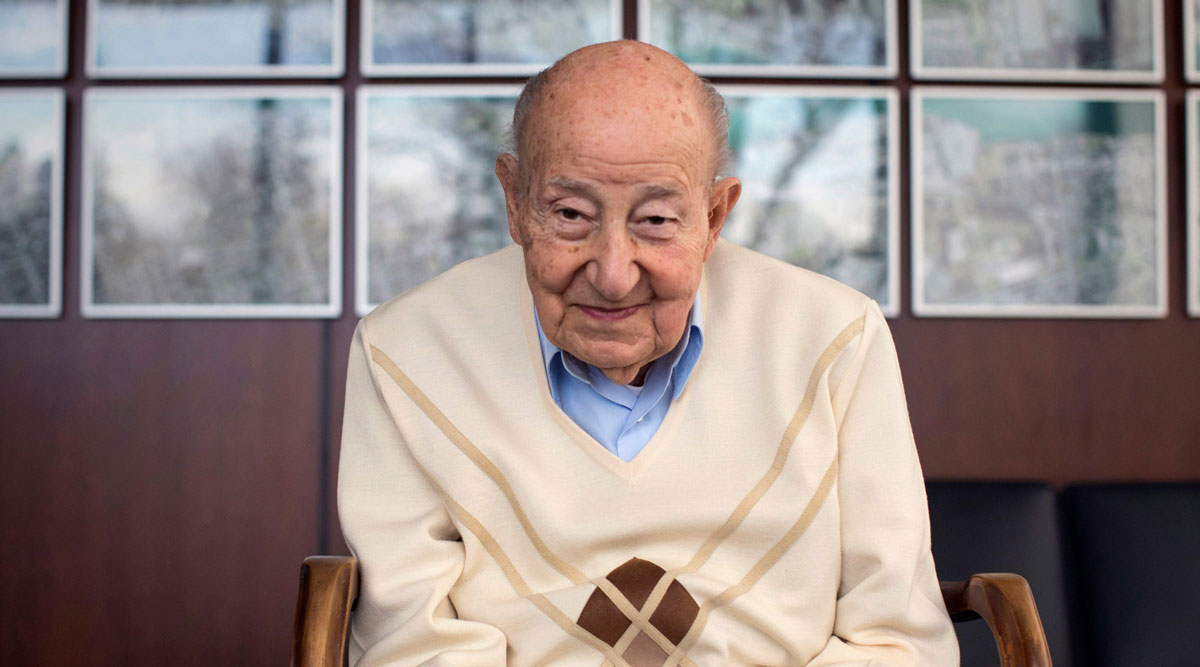 Billionaire Manuel “Matty” Moroun died July 12 of congestive heart failure, following a lucrative, decadeslong business career marked by his ownership of the iconic Ambassador Bridge and his knack for generating high-profile controversy. He was 93.

A letter announcing the trucking magnate’s death was sent to employees July 13 from his only son, Matthew Moroun, who in recent years managed the diversified holdings and worked to improve the public image of companies he increasingly ran for his father.

The elder Moroun was the owner of the international trucking and logistics company Central Transport International, and the Ambassador Bridge. Another of his companies also owned Michigan Central Depot, a hulking relic that came to symbolize Detroit’s hard times, before selling the station to Ford Motor Co. in 2018.

Central Transport ranks No. 44 on the Transport Topics Top 100 list of the largest for-hire carriers in North America. 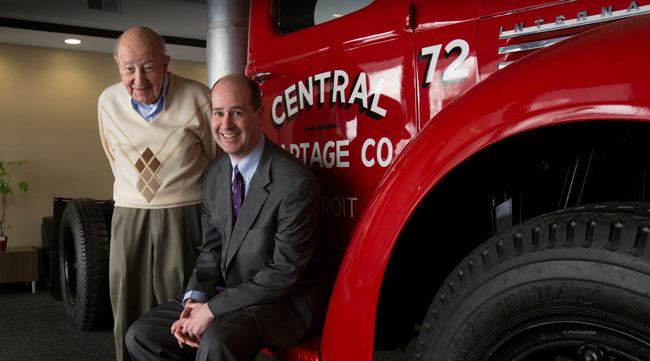 Moroun exemplified a mostly bygone era in the low, slow arc of Detroit’s reinvention — a secretive mogul who used the levers of politics, litigation and financial contributions to influence policymaking that could benefit his private business interests arguably more than the public good. And that gave voice to critics on both sides of the U.S.-Canada border.

He was not considered a philanthropist in a town that has known many with names like Ford and Fisher, Taubman and Gilbert, Kresge and Wilson. Nor did he join organized groups of prominent CEOs aiming to improve the region’s business climate, or to repair Detroit’s broken political culture. Instead, he fought high-stakes battles mostly alone.

He battled downriver communities over plans to use his property for his trucking business, The Detroit News reported. He battled the legendary investor Warren Buffett in the 1970s for control of the Detroit International Bridge Co., and prevailed. He battled Detroit City Council members demanding to know his redevelopment plans for the abandoned train station, plans that never materialized. 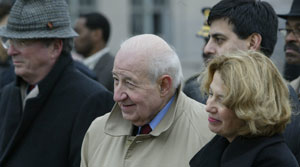 Moroun stands with his wife Nora during a news conference in Detroit in March 2004. (Susan Tusa/Detroit Free Press)

He battled the International Brotherhood of Teamsters; battled his sisters for control of the family business, and he won; battled a Michigan governor, Rick Snyder, and his plans to join with Canada to build what has become the Gordie Howe Bridge, potentially a mortal threat to the Morouns’ decadeslong control of the busiest border crossing in North America — the COVID-19 pandemic notwithstanding.

He also shunned the spotlight so frequently afforded moguls in a business town like Detroit. He seldom granted interviews; avoided having his picture taken; and ensured his companies maintained a minimal public presence despite owning a 91-year-old landmark spanning an international border.

He did not, however, block the sale two years ago of the historic train station to Ford after 30 years of ownership. Instead, in a move many considered an effort to burnish a tarnished legacy, the Morouns sold Ford the station to be redeveloped and anchor a campus that the Dearborn automaker will use to develop next-generation auto technology in the mobility, autonomy and electric-vehicle spaces.

A resident of Grosse Pointe Shores, Moroun was a longtime political donor defined in recent years by his frequent clashes over property ownership and its use in the Detroit area. Moroun and his son, Matthew, spent millions on a multiyear and unsuccessful legal battle to stop the state of Michigan and Canada from building the Gordie Howe Bridge farther downriver.

“The bridge is a living thing,” the elder Moroun told the News in 2008, referring to the one he had controlled for decades. “It’s become part of me, and I think I’ve done a good job. It’s my legacy. They want to steal it from me, but that’s not going to happen, I promise.”

Despite Moroun’s clashes with Canadian neighbors over property upkeep, bridge operations and his plans for the future, Moroun was largely polite outside the limelight, said Windsor Mayor Drew Dilkens: He was a “self-made man” who, by many accounts, “lived that American dream.”

“I certainly always respected that our interactions were professional and very businesslike,” Dilkens said. “Behind the scenes, there was a very cordial atmosphere.”

Moroun was born in June 1927, the grandson of Hanna Moroun, a Maronite Catholic who fled Lebanon before World War I. Matty Moroun was the eldest of four children born to Tufick and Jamal Moroun.

He attended the University of Detroit Jesuit High School, the only Arab in his school and perhaps the first to attend there. He majored in chemistry and biology at the University of Notre Dame. After college, he worked in his father’s garage.

Tufick Moroun eventually added to his Detroit garage and gas station with the acquisition of Central Cartage, a trucking company owned by brothers who owed Tufick Moroun $8,300 for tires and gasoline.

“I always worked for my dad,” Moroun told the News in 2008. “My dad was pretty hard on me. He didn’t feel like I should have any idle time. I’d go to the movie on St. Aubin and Fort ... and he’d knock my head for doing it. Grade school, high school I worked. I wanted to become a doctor. My uncle was a doctor. He had everything. The money. The cars. That didn’t work out.” 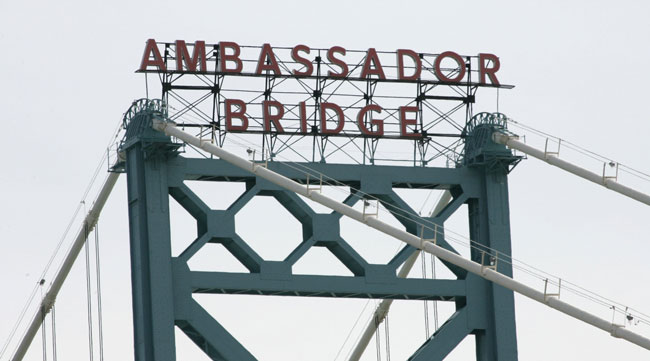 The Ambassador Bridge name is seen on one of the bridge's two towers in 2010. (Patricia Beck/Detroit Free Press)

By the mid-1950s, Matty Moroun largely was running the trucking company. And, a couple of decades later, Moroun acquired a 25% stake in the Ambassador Bridge in order to expand his trucking company more extensively into Canada. He eventually acquired the entire structure for $30 million.

According to Forbes, Moroun and his family are worth $1.7 billion today and are among the 1,600 wealthiest people in the world. Moroun ranked as high as No. 342 as recently as 2015. In 2004, Forbes also headlined a piece on Moroun, “The Troll Under the Bridge.”

The Detroit Regional Chamber expressed its condolences over Moroun’s passing, calling him a “self-made success story.”

“Born of immigrant parents in Detroit, he rose from a young man working at a neighborhood gas station to graduating from the University of Notre Dame and creating a billion-dollar company,” said chamber CEO Sandy Baruah. “With his passing, we celebrate his life and the family he built in Detroit.”

Moroun cast a big shadow and will leave a large void in the state, said Senate Majority Leader Mike Shirkey: “He was a remarkably sharp and tough businessman, but I found him to be fair. And, once you got to know him, there’s a soft belly under that crust.”

Beth LeBlanc, Craig Mauger and Daniel Howes were the primary contributors to this report.