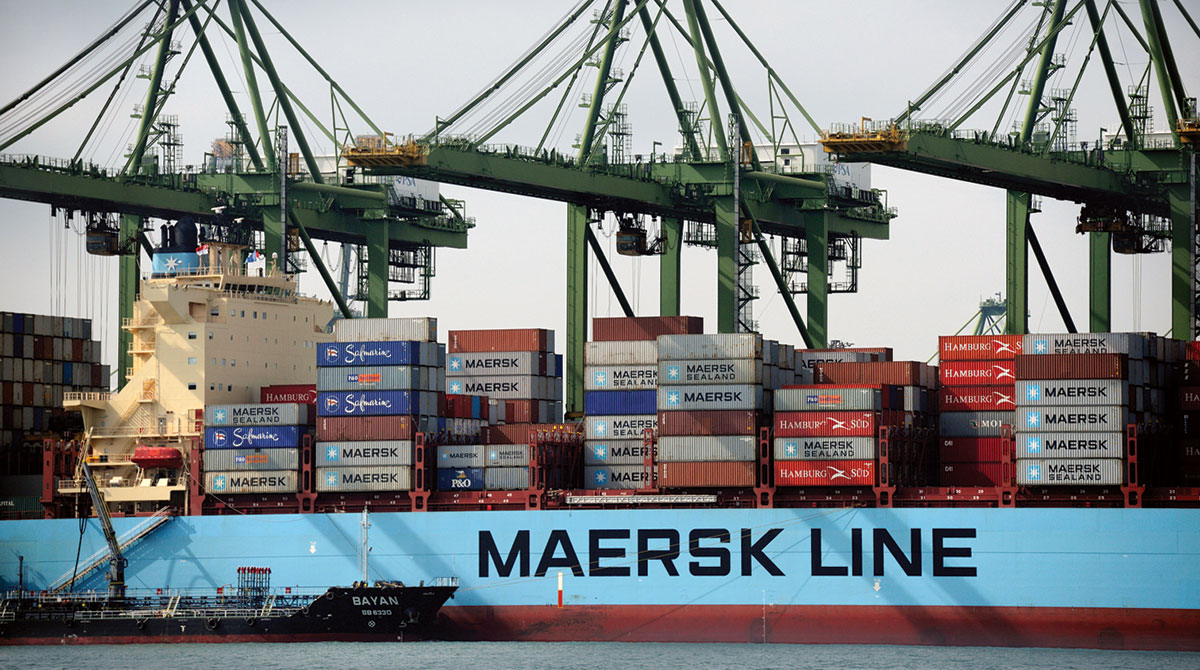 An A.P. Moeller-Maersk A/S container ship is berthed at the Pasir Panjang wharves at the Port of Singapore. (Munshi Ahmed/Bloomberg)

A.P. Moller-Maersk A/S is investing in a startup that develops electrofuels as part of a strategy to own technologies that can help it become carbon neutral.

The Danish company, which is both the world’s largest shipping line and among the planet’s top oil consumers, bought a minority stake in Prometheus Fuels for an undisclosed amount, it said Sept. 23. Maersk is investing through its corporate venture division, Maersk Growth, and will get a seat at the board of the Silicon Valley-based startup.

Prometheus Fuels is developing a technology to produce electrofuels from direct air capture of CO2, using renewable energy and water. Maersk consumes about 12 million tons of marine oil per year, roughly equal to all the oil produced in the world in a single day. The company needs to find green alternatives for all that fuel by 2050, when it plans to be carbon neutral.

Earlier this month, Maersk announced it had agreed to buy a minority stake in WasteFuel, a startup backed by Warren Buffett, as part of the same decarbonization strategy.

Maersk Raises Guidance for Second Time in as Many Months