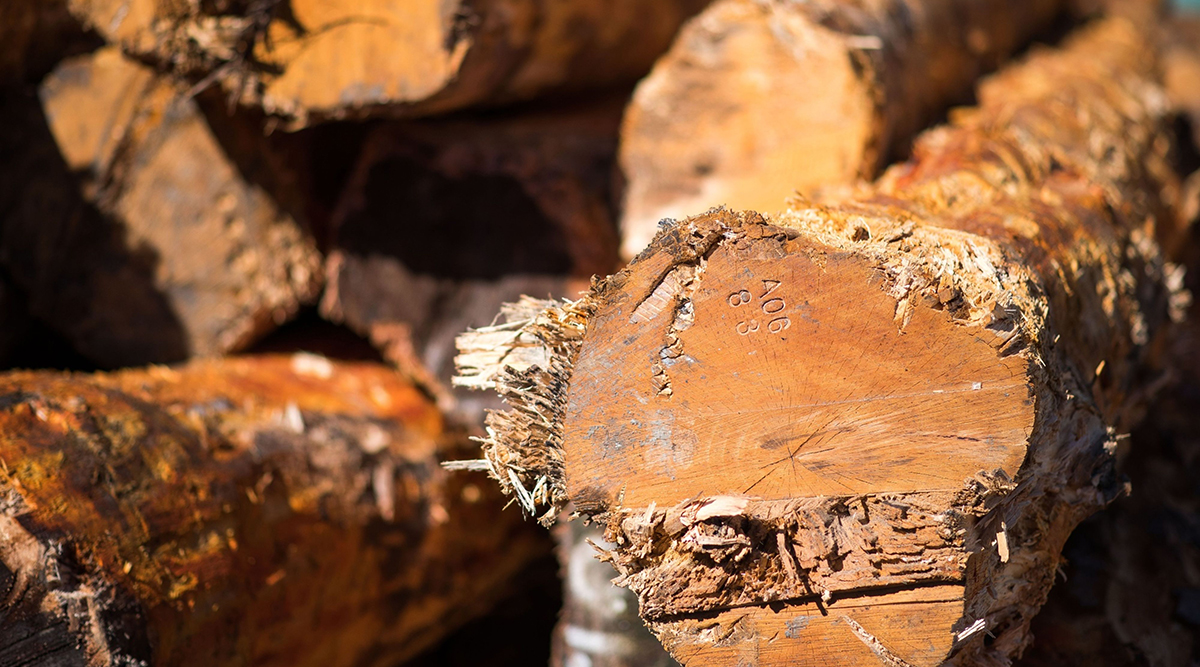 Lumber futures rose the most in more than a year on concern that wildfires in western Canada will reduce supply and spur more curtailments at sawmills.

British Columbia, Canada’s biggest exporter of lumber to the U.S., declared a state of emergency, and Canfor Corp. said it would trim output as the fires snarl transportation and supply chains. Lumber jumped 7.7% in Chicago, the largest advance for a most-active contract since April 2020. The price is still more than 60% below the record-high reached in May.

The gain extends wild gyrations in lumber. Futures had surged in the past year on a pandemic-fueled construction boom, only to hit an eight-month low earlier this week after demand eased and supply was replenished. Further price increases may be held in check by rebuilt stockpiles and the slowdown in orders, analysts said.

“We expect further curtailments in the next two weeks,” BMO Capital Markets timber and wood products analyst Mark Wilde said in a report, while noting that inventories at many producers are ample after months of rebuilding supplies.

Lumber for September delivery gained 7.7% to $584 per thousand board feet midday on the Chicago Mercantile Exchange, the biggest percentage gain since April 2020. The price is still more than 60% below the high reached in May. 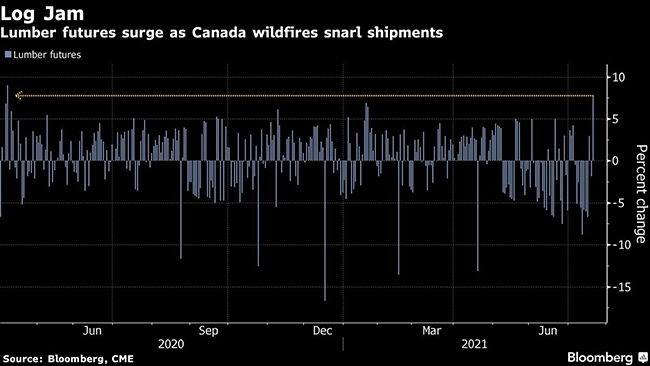 Rail transportation in British Columbia has been hindered since a June 30 fire damaged the tracks of the two main railways that carry goods to Vancouver for export, causing congestion at the port. Lines have since been repaired, but rail movement has been slow and sporadically halted due to fires.

“The mills are all swimming in their wood now,” Kuta said. “We need to see takeaway increase dramatically in the secondary, end-user markets and export markets to right the ship in cash,” he said, referring to the need for wood to be shipped from producers to lumberyards.

Sawmills will have a difficult time selling wood they can’t transport, and they need sales and shipments to flush out the existing high-priced inventory that is on the industry’s books right now.

“At those levels, some BC mills may need a snorkel,” he said.

“After a year of ‘chasing inventory,’ the market is now struggling with bulging inventories at many mills in the U.S. and Canada,” he said.

Pricey Lumber Is Back, Due to Supply Cuts, Labor Shortage