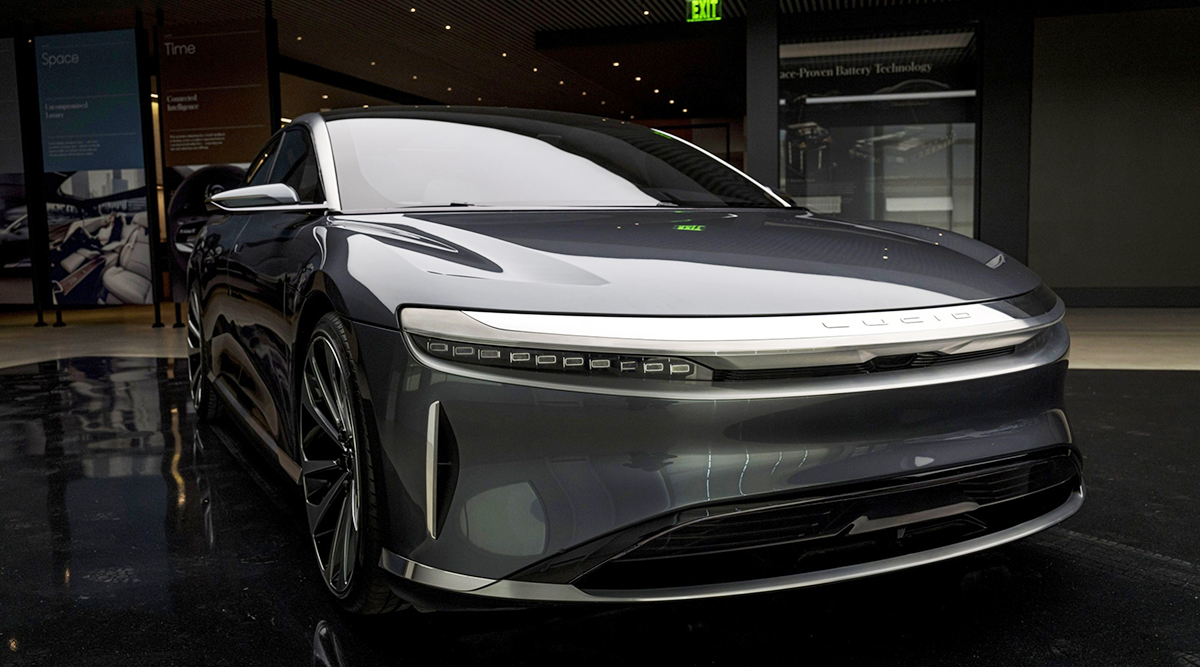 Lucid Group Inc. has started production on its debut electric consumer car, with deliveries to begin at the end of October.

The company initially will focus on a $169,000, limited production Dream Edition of the Air sedan, which can run 520 miles on a single charge. The first battery-electric Air vehicles destined for customers rolled off the factory line in Casa Grande, Ariz., on Sept. 28, the company said in a statement.

The startup is considered a potential challenger to market leader Tesla Inc., in part because Lucid claims world-beating ranges for its vehicles. Lucid CEO Peter Rawlinson had been chief engineer for Tesla’s Model S sedan, that company’s longest range vehicle, with a top range of 405 miles, according to the Environmental Protection Agency.

Join us on a factory tour of our powertrain and manufacturing facilities at Lucid AMP-1. #DreamAhead pic.twitter.com/Xkv613qqFR

Versions of the Air with less range and lower prices will begin deliveries after October, the Newark, Calif., company said, without giving a specific date.

Lucid said it has more than 13,000 reservations for the Air. The company has begun expansion of its Arizona factory, with plans to add 2.85 million square feet to increase manufacturing capability.

Production of its next vehicle, the battery-electric Gravity sport utility vehicle, is expected to begin in 2023.