In nearly five decades of driving trucks, Larry Spiekermeier has placed sixth in the National Truck Driving Championships, twice been named Motor Carriers of Montana’s “Driver of the Year,” and logged 1.6 million accident-free miles with his current employer, Whitewood Transport.

But with all that experience, Spiekermeier said he’s never had a job quite like the one he’ll take next month.

The 70-year-old Plains resident has been tasked with driving this year’s Capitol Christmas Tree from the Kootenai National Forest in Montana to the U.S. Capitol’s West Front Lawn.

“I’ve moved some really big loads,” he told the Daily Inter Lake, but never one so prominent. 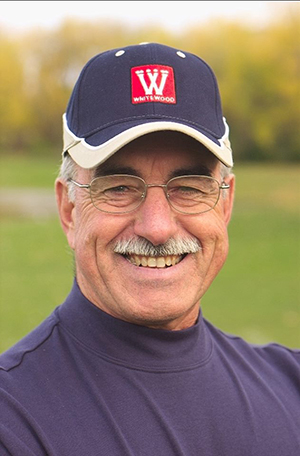 Public lands around the country have sent a Christmas tree to the Capitol every year since 1970. This fall, a Kootenai tree was chosen for the first time since 1989. Choose Outdoors, the nonprofit assisting the U.S. Forest Service with the effort, entrusted Spiekermeier’s employer, Whitewood Transport, with the 3,460-mile journey.

In a press release, Whitewood said that “his knowledge of equipment, loading and transport, and his experience with specialty oversize and overweight commodities set Spiekermeier apart in the trucking industry.”

That experience likely will prove useful in driving a 79-foot-tall Engelmann spruce — and the water tank keeping it fresh — to the nation’s capital.

Spiekermeier said he ordinarily drives a 75-foot rig, but “because of the length of the trailer that’s hauling the tree ... I’ll be somewhere between 90 and 100 feet long.”

In place of his usual Western Star, he’ll be driving a Kenworth T680 Advantage, which the truck manufacturer has provided and decorated for the occasion. Spiekermeier’s wife, Mary Ann, will join him for the first 900 miles, A second Whitewood truck carrying 70 smaller trees for the Capitol’s interior and nine pallets of “Made in Montana” ornaments will follow, driven by Grant Coleman.

After the Nov. 8 tree-cutting ceremony, the convoy will make celebratory stops at Eureka and Whitefish on Nov. 13, Libby, Troy, and Trout Creek on Nov. 14, and Thompson Falls and Missoula on Nov. 15.

The tree will continue to Central and Eastern Montana, North Dakota, Minnesota, Missouri, Kentucky and Maryland before arriving at the Capitol on Nov. 27.

Even as he eyes retirement, Spiekermeier said he’s looking forward to “just seeing the kids’ eyes” when he rolls up with the tree, and “giving them exposure to something that’s going to end up on the front lawn of the Capitol.”