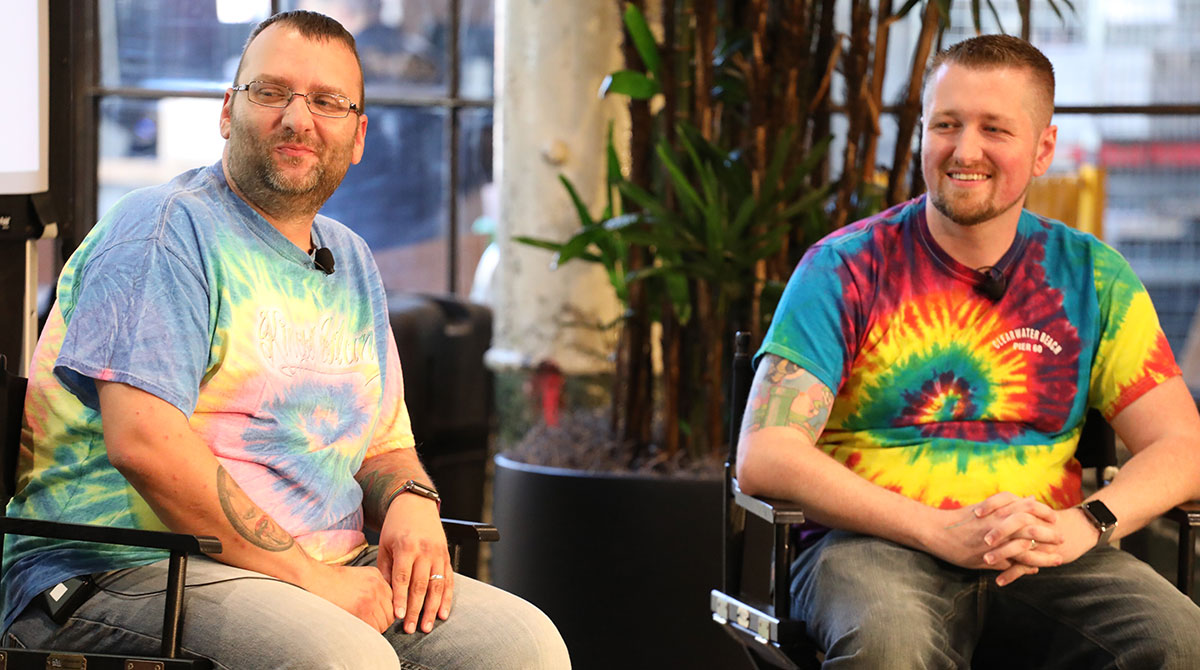 SAN FRANCISCO — Several drivers who identify as LGBTQ said they have found good careers within the trucking industry and shared their experiences during a panel discussion hosted by Uber Freight on June 21.

“Regardless of sexuality, with a CDL you’re never without work. You have to be a self-motivator, be able to react quickly to situations, know how to manage your time and be efficient,” said Shelle Lichti, a professional driver for Hirschbach Motor Lines and one of six panelists who took part in the discussion.

Keaira Finlay, a trans driver for Celadon Trucking, has been driving for four years. She said that within the trucking industry, she has had no real problems based on who she is. “I see the most problems we get are mostly only from keyboard heroes. That seems to be where most of the hate is because truckers generally keep to themselves,” Finlay said.

We’re thrilled to be a part of the diverse freight community and host conversations around issues important to its members. https://t.co/HZxVXuJKOQ h/t @anxiousannieb, @Truckinmermaid, @KeairaFinlay, @EllieODaire,

However, Bobby and Ricky Coffee-Loy, a married couple who work as team drivers for Great Lakes Cold Logistics, said the industry isn’t as friendly to them. “We can be sitting in the front seat and walk into the truck stop and everybody grabs the mic and singles us out. Fortunately for us, we don’t stop. With the team, we’re driving 6,000 a week,” Bobby said.

Despite having problems, Bobby said he likes where the industry is going.

Finlay agreed. “A lot of companies are friendly to LGBTQ drivers. A lot of the problems are slowly leaving,” she said, adding that she spent time working factories but kept seeing ads for truck drivers.

Ellie O’Daire, a trans driver for Jim Palmer Trucking, has been driving for two years. “It is a very live-and-let-live industry for the most part. You get the job done,” she said.

O’Daire, who transitioned to female in 2011, received her degree in weather forecasting. “No TV station is going to hire a transgender weather girl,” she said. “There are a lot of women that drive trucks.” 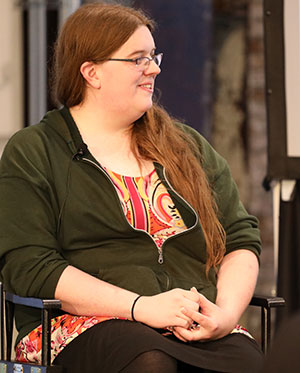 Anne Balay, a former professional driver and the author of Semi Queer: Inside the World of Gay, Trans and Black Truck Drivers, said she has found that the acceptance among truckers was “way higher” than she thought it would be.

Lichte said that, overall, she believes the environment is changing because the culture is evolving.

All of the panelists said they offer support for others within the LGBTQ community. “Every trans driver that I know at my company has my phone number,” O’Daire said, adding that other drivers are coming to her company because they know it has been great.

What’s more, O’Daire said she knows where every gender-neutral bathroom is located across the Midwest, and she is more than happy to share the information with those who may need it.

Lichti said personal contacts are the best for networking, and she has created LGBT Truckers — a social media group that has about 4,000 members.

Balay recommends that drivers choose their training company carefully. “Trucking can be an excellent job, especially for queer and trans people, but you have to be trained. Some companies do minimal training now, and drivers go out and start crashing or making mistakes,” she said.

Finlay said trucking is a mixed bag that comes with sacrifices, such as missing holidays and birthdays, as well as benefits, such as being able to “save a fortune on rent.” Those savings can be used for anything from transitioning to taking a dream vacation.

Trucking can be an excellent opportunity, Lichti said, and she sees it as a good fit for anyone struggling with their identity. “Trucking gives them an opportunity to explore their inner selves,” she said.