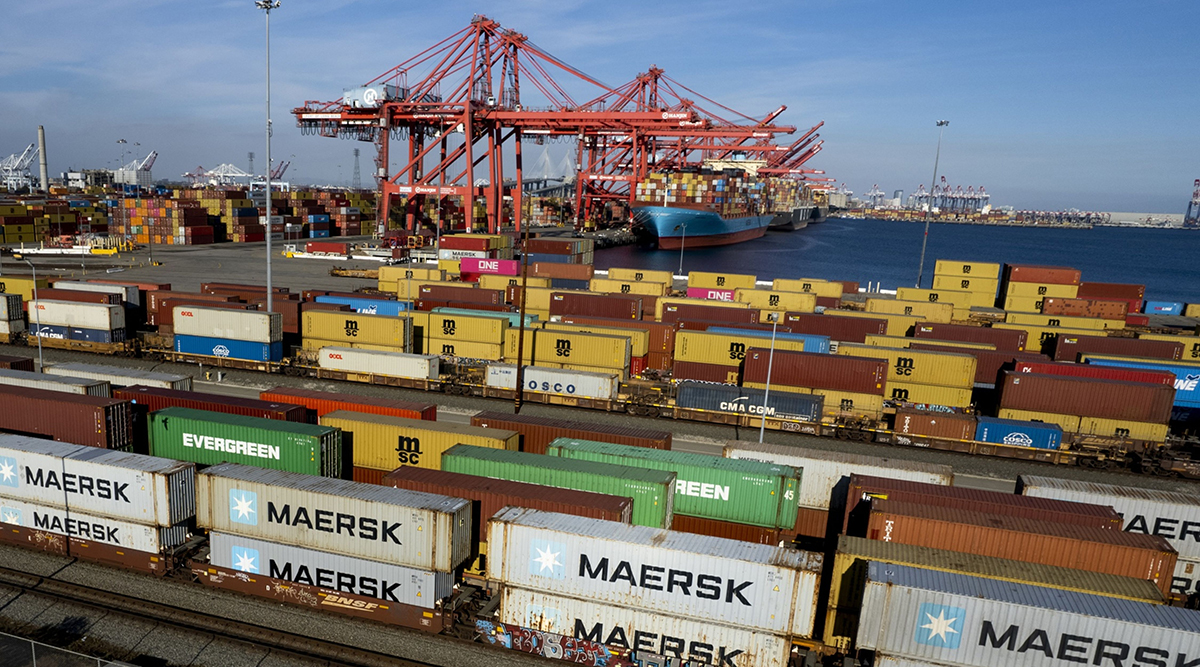 Shipping containers at the Port of Long Beach on Oct. 24, 2021. (Kyle Grillot/Bloomberg News)

The country's largest ports of Los Angeles and Long Beach will postpone the start of a fee on ocean carriers that fail to clear containers off the docks, which was set to begin Nov 15.

The plan to charge carriers $100 per day for each container sitting on the docks for at least three days announced by the twin ports last month was put on hold until Nov. 22, Port of Los Angeles Executive Director Gene Seroka said in a statement. That’s because the hubs have seen a “significant improvement in clearing import containers” in recent weeks.

Since the ports unveiled the plan in partnership with the White House on Oct. 25, the number of containers sitting on the docks has declined by 26%, the ports said in the statement.

“Clearly, everyone is working together to speed the movement of cargo and reduce the backlog of ships off the coast as quickly as possible,” Port of Long Beach Executive Director Mario Cordero said in the statement. “Postponing consideration of the fee provides more time, while keeping the focus on the results we need.”

The announcement comes as bottlenecks continue to worsen in southern California. This weekend, a record number of 83 ships were waiting outside the twin ports, while the average wait is now up to 16.9 days — double the level from two months ago.

So far, no fees have been collected, a spokesperson for the Port of Los Angeles said in an email. The fees collected by the policy will be directed to addressing supply-chain issues at the twin ports, the hubs said in the statement.