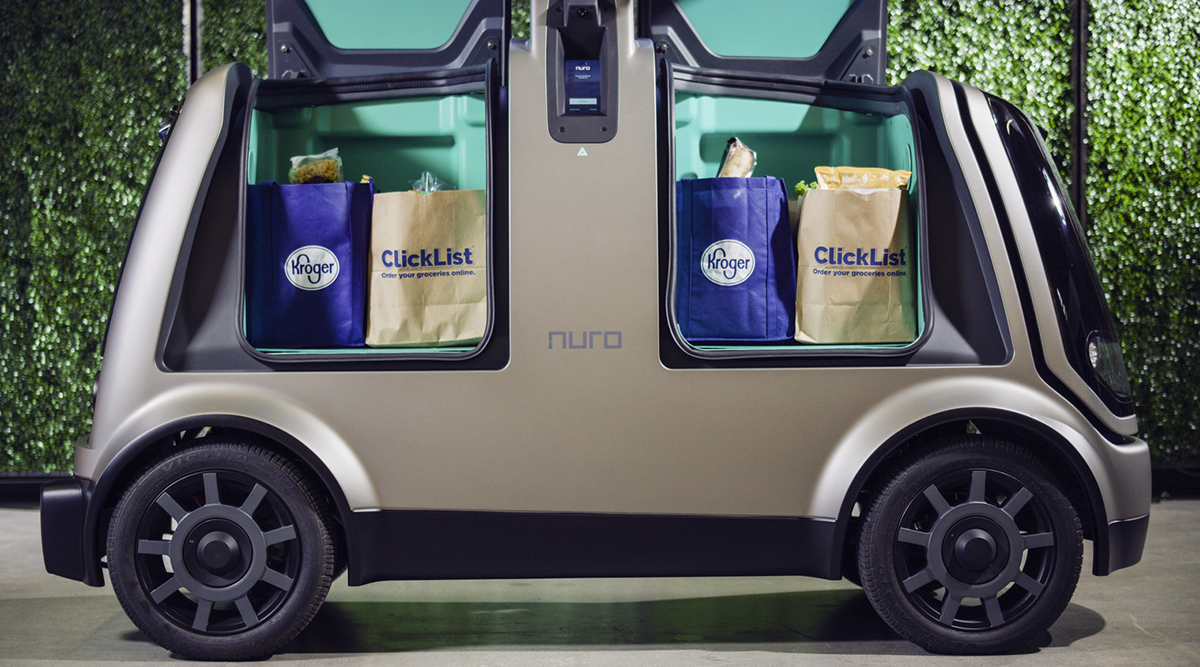 If your least favorite part of food shopping is the parking lot, take comfort: Driverless cars are coming to the grocery industry.

The Kroger Co., the largest U.S. supermarket chain, is partnering with Bay Area autonomous vehicle startup Nuro to test the delivery of groceries in what the companies claim will be an unmanned road vehicle that can steer itself from the grocery store to a customer’s home. The pilot will begin this fall at an undisclosed U.S. store.

Kroger ranks No. 22 on the Transport Topics Top 100 list of the largest private carriers in North America.

A year after Amazon.com rattled the food world and sent Kroger’s shares spiraling with its deal to buy Whole Foods Market, the Cincinnati-based retailer is investing in its digital capabilities as the industry is bracing for a shift toward online grocery shopping. Kroger, which operates about 2,800 stores, recently increased its stake in British online grocer Ocado, known for automated warehouses where robots fill orders. Kroger already offers traditional delivery services with partners such as Instacart in some markets.

RELATED: Robot rides are going to deliver pizza and parcels before people

Using driverless cars could help cut down on delivery times and possibly the cost associated with sending bags of fruit, paper towels and steak directly to customers’ homes, Kroger CEO Rodney McMullen said. Kroger partnered with Nuro after deciding that driverless cars would be more effective than drones to make unmanned grocery deliveries.

“The industry changes and will continue changing,” McMullen said in an interview. “All I know for sure is that people will keep eating.”

Based in Mountain View, Calif., Nuro was founded about two years ago by two former Google employees who spent years working on Waymo, the technology giant’s autonomous vehicle project. Nuro is developing a fleet of driverless vehicles specifically designed to carry things such as groceries and pizza.

The delivery pods, about half the size of a Toyota Corolla, top out at about 25 mph.

Nuro is competing in a crowded field jostling to deploy driverless cars to deliver goods to U.S. consumers. Almost every company making self-driving cars, including Alphabet Inc.’s Waymo, General Motors Co. and Ford Motor Co., are working on delivery services. Even Amazon is expected to get into the fray.

For the Kroger test, the cars will be unmanned, but the company will “have the ability to monitor each vehicle.” It will operate kind of like a Lyft or Uber: dispatched to a customer’s address loaded with groceries, with updates on the location of the order provided through a mobile app. Once the delivery arrives, the customer will go outside and unlock the grocery order, according to Dave Ferguson, Nuro co-founder.

“We’re lucky that Lyft and Uber have trained most of the country,” he said.