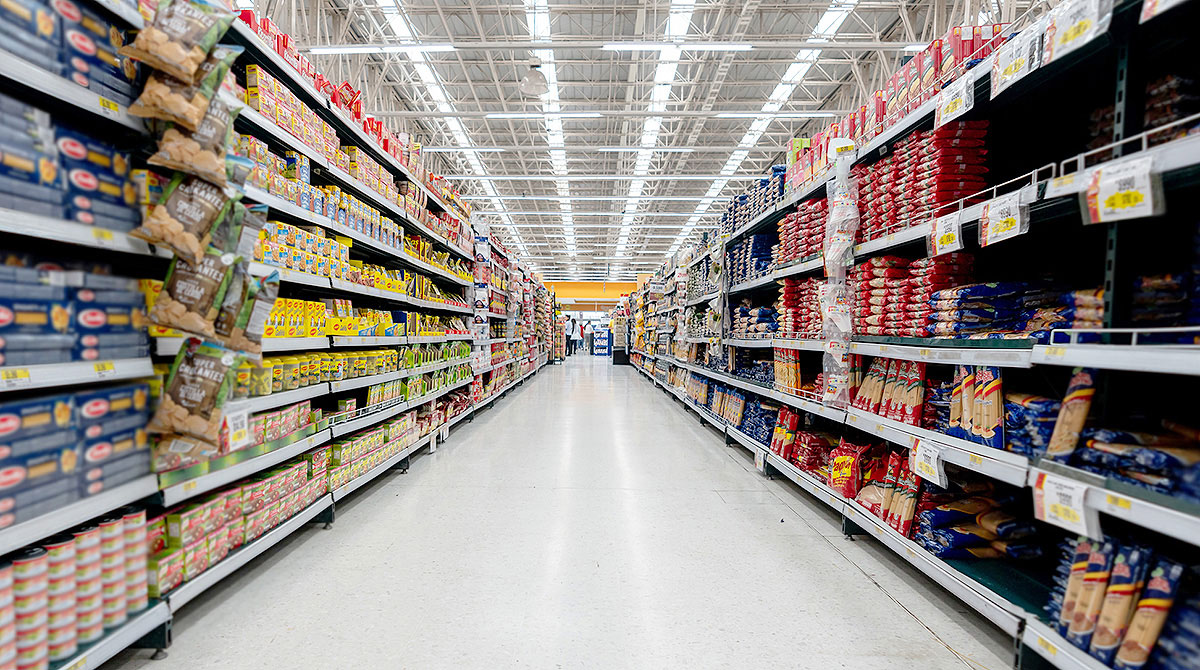 WASHINGTON — An inflation gauge that is closely monitored by the Federal Reserve jumped 6.4% in February compared with a year ago, with sharply higher prices for food, gasoline and other necessities squeezing Americans’ finances.

The figure reported March 31 by the Commerce Department was the largest year-over-year rise since January 1982. Excluding volatile prices for food and energy, so-called core inflation increased 5.4% in February from 12 months earlier.

Robust consumer demand has combined with shortages of many goods to fuel the sharpest price jumps in four decades. Escalating the inflation pressures, Russia’s invasion of Ukraine has disrupted global oil markets and accelerated prices for wheat, nickel and other key commodities.

The inflation spike took a toll on consumers, whose spending in February rose just 0.2%, down from a much larger 2.7% gain in January. Adjusted for inflation, spending actually fell 0.4% last month.

Yet Americans’ overall incomes rose 0.5% in February, the highest gain since November and up from just 0.1% in January. Wages and salaries jumped 0.8%, the most in four months.

Businesses have been raising pay to attract and keep employees — a trend that is benefiting workers but also giving employers cause to raise prices to offset their higher labor costs. That cycle is helping fuel inflation.

Last month, food costs climbed 1.4%, the most in nearly two years. Energy costs spiked 3.7%, the biggest such increase since October.

The Federal Reserve responded this month to the inflation surge by raising its benchmark short-term interest rate by a quarter-point from near zero, and it’s likely to keep raising it well into next year. Because its rate affects many consumer and business loans, the Fed’s rate hikes will make borrowing more expensive and could weaken the economy over time.

Michael Feroli of JPMorgan is among economists who now think the Fed will raise its key rate by an aggressive half-point in both May and June. The central bank hasn’t raised its benchmark rate by a half-point in two decades, a sign of how concerned it has become about the persistent surge in inflation.

On a monthly basis, prices rose 0.6% from January to February, up slightly from the previous month’s increase of 0.5% and matching the highest monthly figure since 2008. Core prices rose 0.4%, down from a 0.5% increase in January.

Gas prices have soared in the past month in the aftermath of Russia’s invasion, which led the United Kingdom and the Biden administration to ban Russia’s oil exports. The cost of a gallon of gas shot up to a national average of $4.24 a gallon March 30, according to AAA. That’s up 63 cents from a month ago, when it was $3.61.

On March 31, President Joe Biden is expected to order the release of up to 1 million barrels of oil a day from the nation’s strategic petroleum reserve in an effort to reduce gas prices.

The report follows a more widely monitored inflation gauge, the consumer price index, that was issued earlier this month. The CPI jumped to 7.9% in February from a year ago, the sharpest such increase in four decades.

Many economists still expect inflation to peak in the coming months. In part, that’s because price spikes that occurred last year, when the economy widely reopened, will begin to make the year-over-year price increases appear smaller. Yet Fed officials project that inflation, as measured by its preferred gauge, will still be a comparatively high 4.3% by the end of this year.