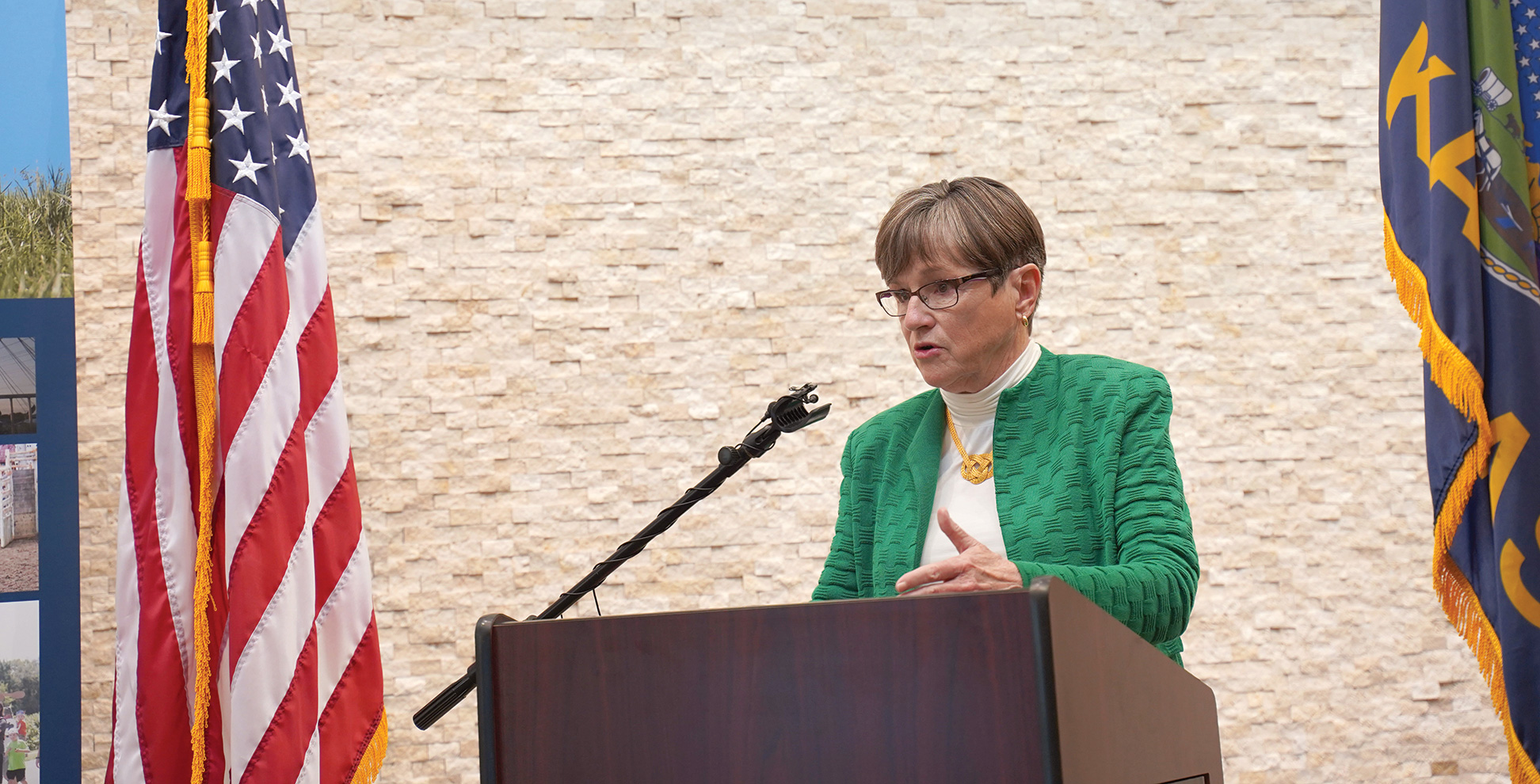 Gov. Laura Kelly speaks at a past press conference. (Office of the Governor)

Kansas Gov. Laura Kelly announced $23 million has been awarded to support road improvement projects in 36 cities across the state.

The funding, meant specifically to assist with highway and intersection projects, was issued as part of the Kansas Department of Transportation’s City Connecting Link Improvement Program (CCLIP). KDOT defines a city connecting link as any routing of the state highway system that is located within the corporate limits of a city.

Under the CCLIP, cities are required to contribute up to 25% of the project cost, although some cities contribute more. Cities with populations fewer than 2,500 people are not required to provide matching funds.

“Through our bipartisan transportation plan, we are committed to preserving and improving Kansas’ highways by investing transportation dollars in the projects they were intended for,” Kelly said. “By working with local leaders to address transportation challenges and strengthen our state’s roadway system, we will create jobs and business opportunities now and for future generations.” 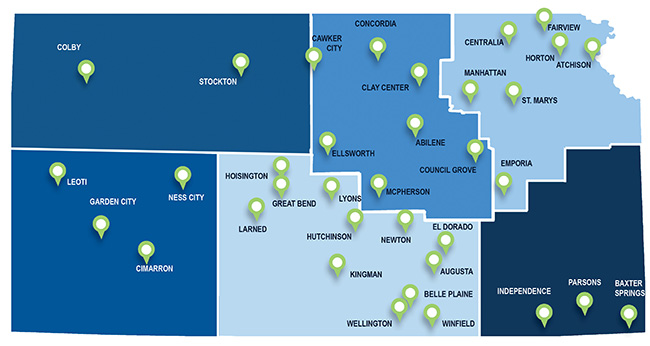 A map of the project locations. (Kansas Department of Transportation)

Surface preservation projects involve maintenance work, such as resurfacing, that is meant to extend the life of a driving surface.

Pavement restoration projects involve full pavement replacement without changes to the basic geometric characteristics of a road. They may also address drainage issues and parking lanes.

The largest individual awards, each totaling $2 million, were awarded to Belle Plaine and Fairview. Belle Plaine, located 25 miles south of Wichita, was awarded the funding for pavement restoration on state Route 55. Fairview, which is in the northeast corner of Kansas, will use its award for geometric improvement work on U.S. Route 36, an east-west highway that runs from Ohio to Colorado.

Two awards were issued to Independence for improvements to U.S. 75. One award, for $1 million, will support geometric improvement, while the other, totaling $300,000, will be used for surface preservation. Independence is situated in southeast Kansas, some 15 miles north of the Oklahoma border.

Demand for CCLIP funding was high during this round of awards. KDOT received 61 applications requesting $37 million in funding that would go toward $47 million in total construction costs.

Kelly has placed an emphasis on funding transportation projects during her administration. In March 2020, KDOT unveiled the Eisenhower Transportation Legacy Program. Known as IKE, the initiative is a 10-year program under which highway modernization and expansion projects are selected on a rolling basis every two years as a way to address pressing needs and adjust to fluctuating revenues. (President Dwight Eisenhower, the program’s namesake, was raised in Abilene, Kan.)