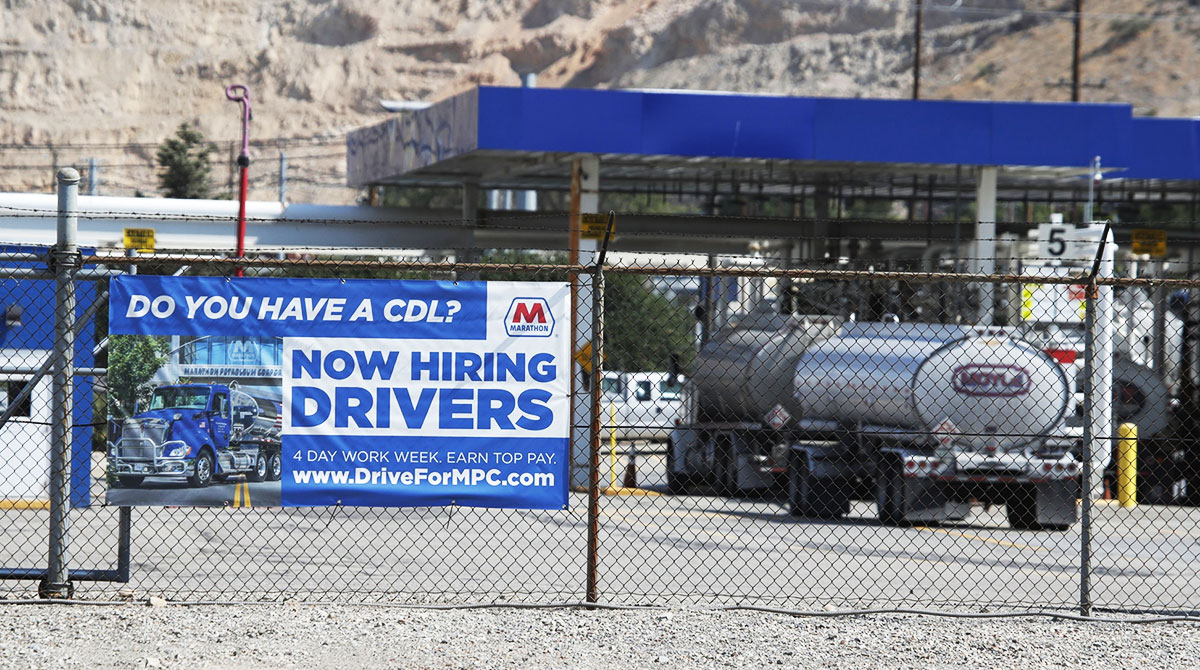 Applications for U.S. state unemployment benefits rose by less than forecast last week after a plunge tied to seasonal adjustments in the prior period.

Initial unemployment claims in regular state programs totaled 222,000 in the week ended Nov. 27, an increase of 28,000 from the prior week, Labor Department data showed Dec. 2. The median estimate in a Bloomberg survey of economists called for 240,000 applications.

The smaller-than-expected rise in claims suggests additional progress in the job market. At the same time, seasonal adjustment difficulties are likely to persist into the new year, making the figures tricky to interpret. 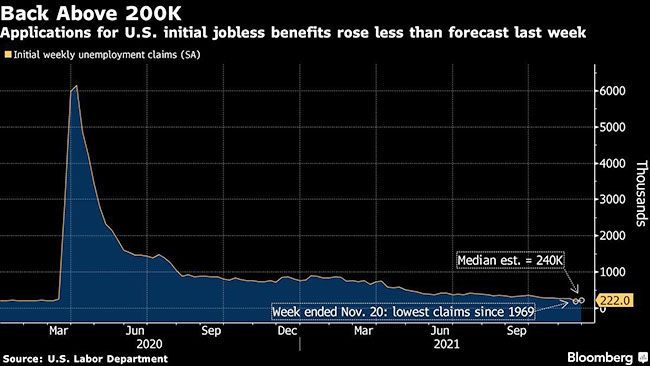 The increase puts claims more in line with the trend that persisted prior to the outsize drop in the preceding week, which economists attributed to quirks in seasonal adjustment and volatility around the holidays. The prior week’s reading was revised down to 194,000, the lowest since 1969.

The four-week average of initial applications, which smooths out large swings in the data, dropped to 238,750. On an unadjusted basis, claims fell by 42,000.

The level of applications is still near the lows of the pandemic and points to the labor market’s continuing recovery. However, the emerging omicron variant poses a risk to what’s otherwise been a solid pace of hiring.

Continuing claims for state benefits fell to 1.96 million in the week ended Nov. 20, a pandemic low.

Employers have been desperate to attract and retain talent amid widespread labor shortages. Job cuts fell 77% in November from a year ago to the lowest level since 1993, according to Challenger, Gray & Christmas.

The figures come a day before the government’s monthly employment report, which is projected to show payrolls increased by 546,000 in November.