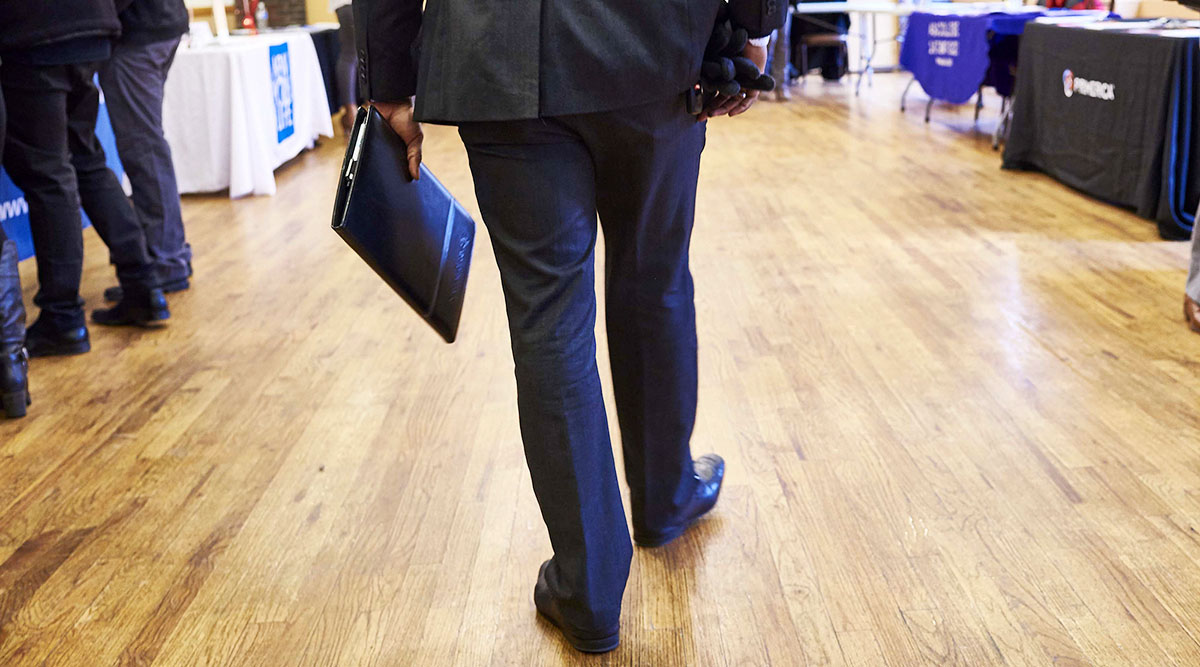 U.S. filings for unemployment benefits fell to a four-week low even amid a partial federal government shutdown, showing healthy demand for workers at the start of the year.

Initial filings by federal employees jumped by 3,831 to 4,760 on an unadjusted basis in the week ended Dec. 29, reflecting the first week of a shutdown which began Dec. 22 and has caused the furlough of thousands of workers. Details on claims by federal employees are reported with a lag, so it may take more time for the closures to be fully reflected in the report. 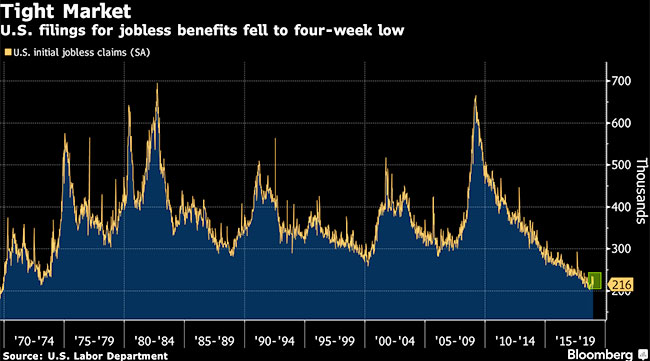 Claims are near an almost five-decade low, signaling a tight labor market and in line with a December payrolls report that showed across-the-board strength in hiring and wages. Filings tend to be volatile around the holidays; last week’s data include New Year’s Day, while the prior week’s filings by federal employees came around Christmas.

Economists monitor jobless claims for a timely signal on labor-market health and the economy. The stock market has turned more volatile amid concerns about the outlook for global growth and the trade war with China, which has weighed on manufacturing.