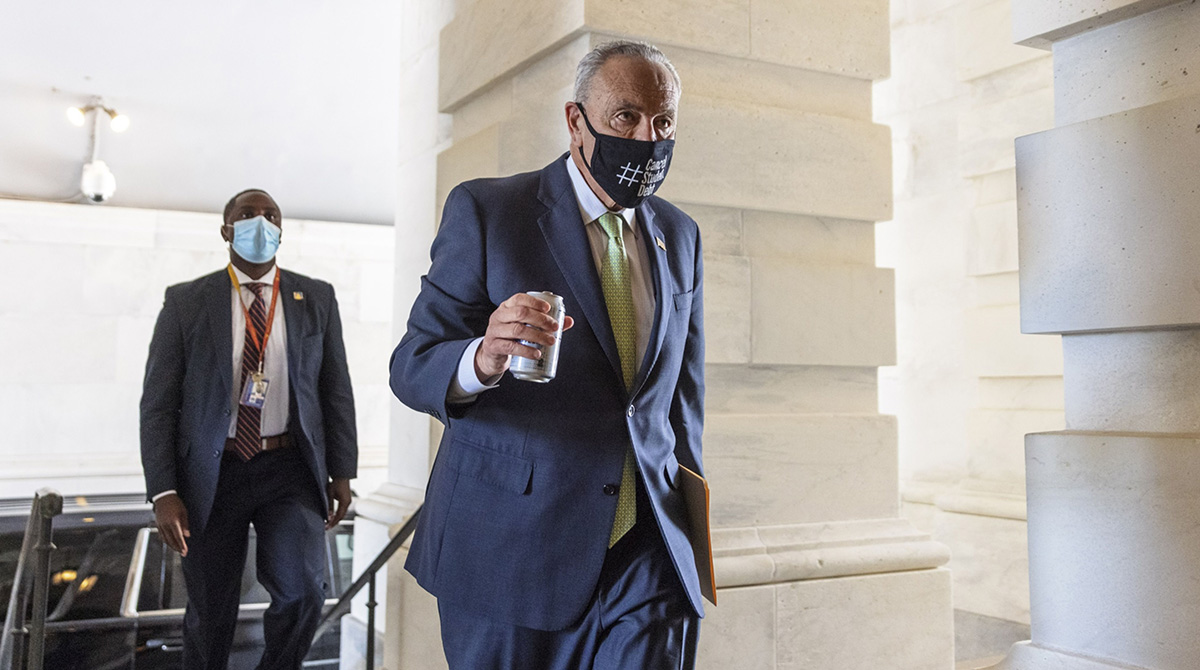 The U.S. Senate moved closer to passing a $550 billion infrastructure package after a drawn-out debate that pushed action into this week and left the status of several proposed changes unsettled.

Senate Majority Leader Chuck Schumer (D-N.Y.) said he expects a vote on the legislation Aug. 10, though a vote could come earlier if all 100 senators reach a deal to speed passage. He gave no indication of prospects for such a deal in an update he delivered Aug. 9 just after noon.

On Aug. 8, 18 Republicans joined with all 50 senators who caucus with Democrats to limit debate on the bill, an indication of bipartisan support for passage.

Once the infrastructure bill gets a vote, Schumer plans to turn quickly to passing a budget resolution that will set the stage for Democrats to pass the remainder of President Joe Biden’s economic agenda.

Schumer said the public works measure “will represent a substantial down payment toward the level of infrastructure our country needs, and for the first time, the Senate has come together around such a package in decades.”

Several proposed amendments to the infrastructure legislation — including one sought by industry to alter language in the bill imposing new tax rules on cryptocurrency transactions — were left in limbo with no immediate path to a vote unless all 100 senators agree.

A bipartisan group of senators announced a compromise Aug. 8 on the cryptocurrency reporting requirement, but it wasn’t immediately clear if they could obtain the unanimous consent needed to vote on the substitution.

Sen. Pat Toomey (R-Pa.), one member of that group, said their version would clarify rules specifying who is a broker for cryptocurrency and ensure that the reporting requirement wouldn’t sweep in software developers, cryptocurrency transaction validators, node operators or other nonbrokers. 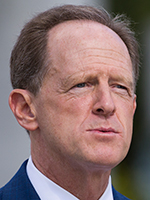 But Senate Finance Committee Chairman Ron Wyden (D-Ore.), who had proposed a different version, was notably absent from the compromise announcement. In a tweet, he raised concerns that the new language did not adequately address privacy and security, though he said it was better than the original bill text.

The last-minute frenzy to reach a deal on cryptocurrency may prove fruitless if the senators are unable to get the amendment called up for a vote.

If a compromise can’t be reached or an amendment doesn’t get a vote, the original language would remain. The provision has been criticized by cryptocurrency investors and Twitter Inc. CEO Jack Dorsey as being overly broad and requiring some crypto-related businesses — like miners or software developers — to report to tax collectors data that they don’t have access to. However, the legislation still has to clear the House, which can make changes to whatever ultimately passes the Senate. That would give lawmakers another chance to modify the provision.

The Senate was initially scheduled to leave Aug. 11 for its August recess last week, but it will remain in session for several more days while lawmakers finish work on the infrastructure bill and then turn to the $3.5 trillion budget resolution.

The legislation still faces challenges in the House, where Democrats can afford only three defectors if Republicans vote in unison against it.

Speaker Nancy Pelosi (D-Calif.) reaffirmed Aug. 6 that the House won’t take up the infrastructure legislation until the Senate also passes the more sweeping economic package. That is a central demand of progressive Democrats in the House, but some moderates are urging Pelosi not to delay the infrastructure bill.

Six House moderates on Aug. 9 wrote to Pelosi urging her to allow a quicker House passage of the $550 billion measure as a stand-alone bill once the Senate completes its work, and not wait until October or even November for the upper chamber to send over the second bill.