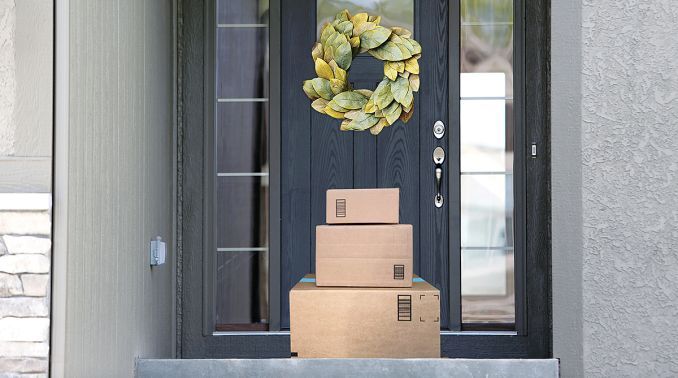 Online shoppers will be buying less this holiday season, but spending more.

Holiday e-commerce could rise 7% during November and December to reach a record $1.2 trillion globally, according to a Salesforce forecast released Sept. 29.

While the actual amount of dollars spent is seen rising, shoppers likely will be purchasing fewer items. That’s because inflation will make gifts as much as 20% more expensive compared to last year, according to Salesforce. The quantity of orders, meanwhile, is expected to fall 2% worldwide.

A rise of 7% for online sales would represent a significant slowdown from last year, when revenue surged 50% from 2019, Salesforce said, largely driven by pandemic restrictions.

Retailers and manufacturers are watching closely as prices inch higher around the world due to soaring freight costs, higher wages, pricier raw materials and other pressures. Demand has largely remained robust, but some companies are missing out on sales as they struggle to keep shelves stocked. These supply issues are expected to persist.

“Product availability is going to be the Grinch that stole Christmas,” said Rob Garf, the vice president and general manager of retail for Salesforce, in a conference call. “If you see a gift you want, buy it now. Don’t wait, or you’ll risk it being unavailable later in the holiday season.”

U.S. retailers face expected cost increases of $223 billion during the holiday season, according to Salesforce. Unlike last year, there’s lower unemployment and a lack of stimulus checks to help consumers deal with the higher costs. As a result, shoppers are seeking out workarounds such as using buy-now, pay-later services. Salesforce expects the number of purchases using financing to double, reaching 8% of all transactions globally.

Home-related goods are expected to be among the most popular purchases this holiday season, with apparel and luxury items also making a comeback as customers return to the office and social gatherings. The ability of brick-and-mortar stores to lure in shoppers will also play a role in online sales as more companies offer options such as in-store pickup for online purchases.

San Francisco-based Salesforce develops software for companies to help them manage their interactions with customers.